RAYA AND THE LAST DRAGON releases on 4K Ultra HD™, Blu-ray™ and DVD May 18! My family and I loved this movie and the powerful message it taught us. To celebrate the release we have a new activity packet and a giveaway to share with you! 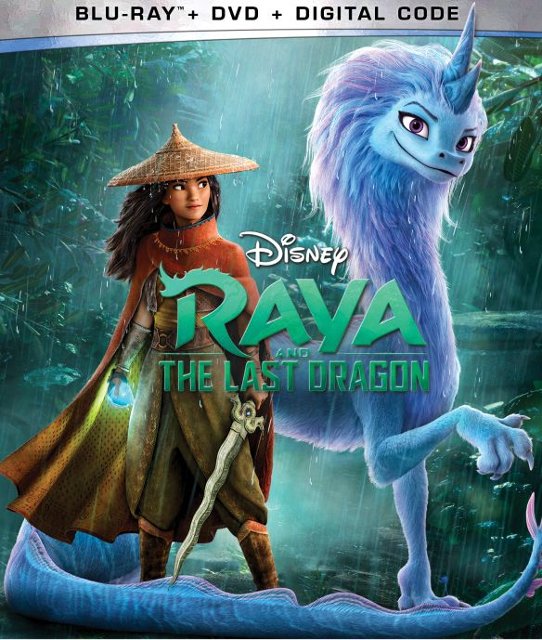 • An Introduction to Us Again – Director Zach Parrish takes you behind the scenes of the Walt Disney Animation Studios short.
• Us Again – An elderly man and his young-at-heart wife rekindle their passion for life on one magical night.
• Taste of Raya – Dine along with Kelly Marie Tran and the film’s creative team–virtually–over a Southeast Asian menu inspired by the countries that influenced the film as they discuss their experiences creating the world of Kumandra.
• Raya: Bringing it Home – When the global pandemic of 2020 hit, production of Raya and the Last Dragon moved to the houses of over 450 people. We open a window into their lives and learn how they overcame massive obstacles to make an animated feature from home.
• Martial Artists – You’ll get a kick out of learning about the martial art forms and weapons used in the film as co-screenwriter Qui Nguyen and visual anthropologist Dr. S. Steve Arounsack share the inspiration behind the film’s action-packed elements.
• We are Kumandra – Meet members of the Southeast Asia Story Trust and discover the cultural influences that inspired the film…and how important this representation in a Disney animated film is to the people of the region.
• Outtakes – Step into the homes and behind the mics of the cast of Raya and the Last Dragon as they experience voice-over sessions in closets and shaky internet connections, which made recording this film unlike any other.
• Fun Facts & Easter Eggs – Take a look at some of the hidden surprises and behind-the-scenes secrets of Raya and the Last Dragon.
• The Story Behind the Storyboard with John Ripa – Co-Director John Ripa invites you to get an inside look at his thought process as he pitches a storyboard sequence from the film and talks about his amazing career with Disney Animation. 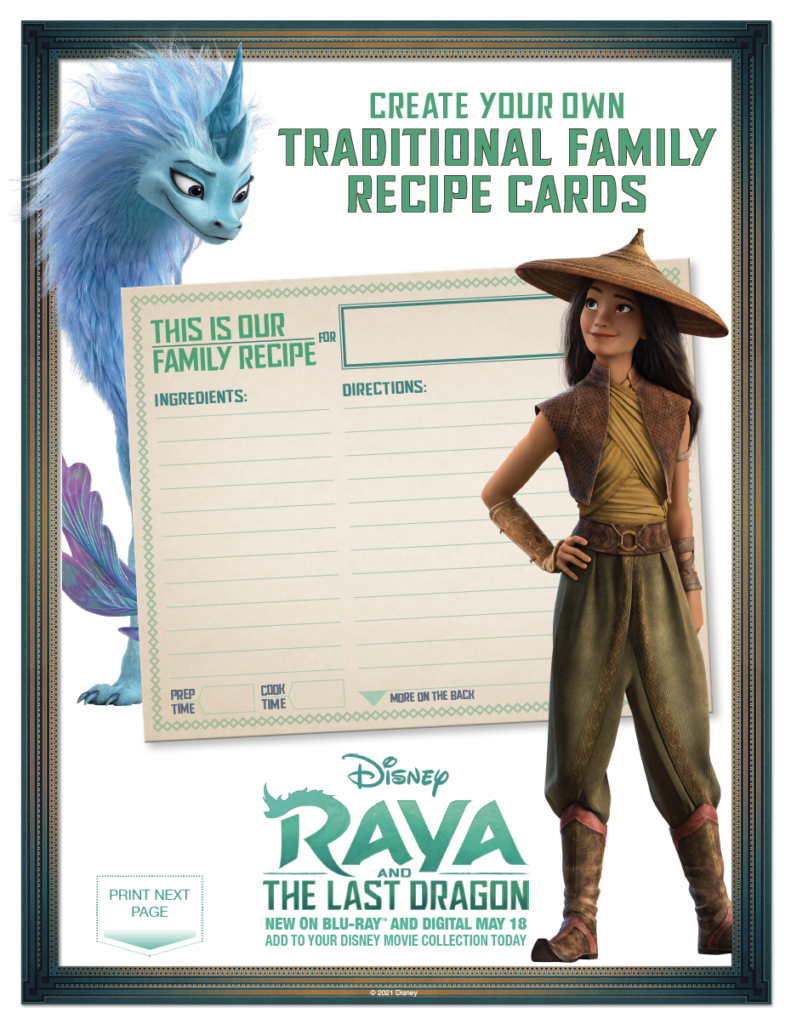 Grab this fun activity packet with recipe cards to write down your family’s favorite recipes!

Win a Digital Code for Raya and the Last Dragon! Comment on this post and tell me one thing your family loves make! Taco Soup is a family favorite in our home. 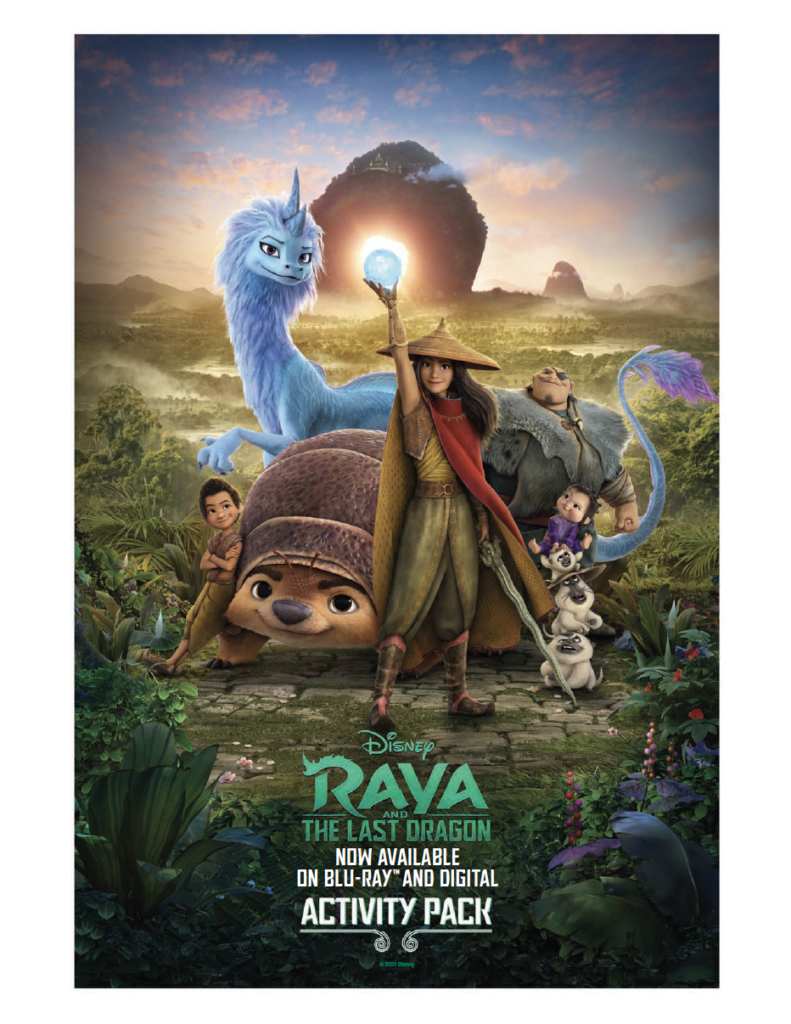 Winner will receive one digital code that can be redeemed at MoviesAnywhere.com or on the Movies Anywhere app.

My family loves to make Baked Ziti. It is the one thing everyone will eat.

Oatmeal Raisin cookies has Always been a Family Favorite. Would Love to Win . Please..

My mom makes the best homemade mac & cheese and has taught everyone in our family how to make it so that is definitely our favorite thing to make.

My family definitely has a sweet tooth and we love to spend time together making Almond Joy cookies.