Paw Patrol: The Movie is now in theaters and streaming on Paramount+ I had the chance to speak with everyone’s favorite pup, Chase played by the incredibly talented Iain Armitage and the new leading lady Liberty played by the wonderful Marsai Martin. Hear what they had to say on becoming the famous pups and lessons they hope kids will learn from the movie.

The PAW Patrol is on a roll! When their biggest rival, Humdinger, becomes Mayor of nearby Adventure City and starts wreaking havoc, Ryder and everyone’s favorite heroic pups kick into high gear to face the challenge head on. While one pup must face his past in Adventure City, the team finds help from a new ally, the savvy dachshund Liberty. Together, armed with exciting new gadgets and gear, the PAW Patrol fights to save the citizens of Adventure City!

I loved chatting with these two. They are so talented, and I have been a fan of their previous work for some time. I love what they brought to their roles to help bring their pups to life on the big screen. Marsai really loved the confidence she got to portray through her character Liberty. She says “Liberty is the queen of confidence!” Iain said he really admires how much his character Chase loves to help others and how kind he is. Iain says ” It’s really important that we don’t lose that nowadays.”

This is the pups biggest adventure yet! Lots of action packed fun. New pup, Liberty is an instant favorite. Kids will be wide eyed and on the edge of their seats! 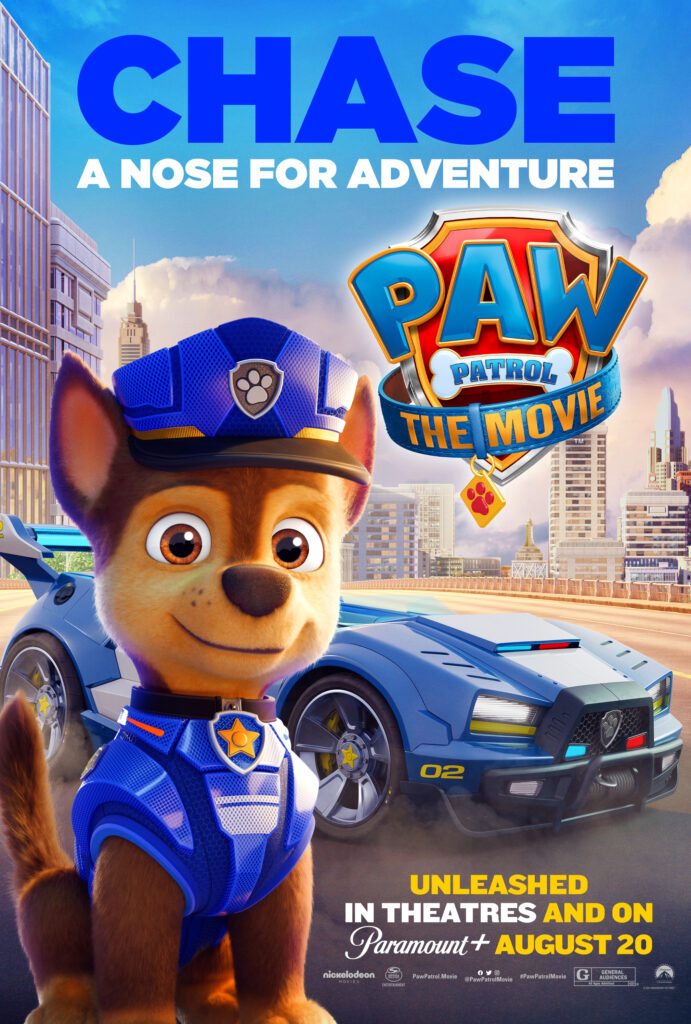 IAIN ARMITAGE is most recognized for his role as the title character in the hit CBS comedy YOUNG SHELDON, the prequel to THE BIG BANG THEORY which is going into its 5th season. Iain plays Chase  – a German Shepherd who serves as a police dog and is, like Ryder, a natural leader. His pup house is a police station that transforms into a police truck. Chase is prepared for all challenges, so it’s no surprise that he is known to tell everyone, “Chase is on the case!” and “PAW Patrol, ready for action, Ryder, sir!” 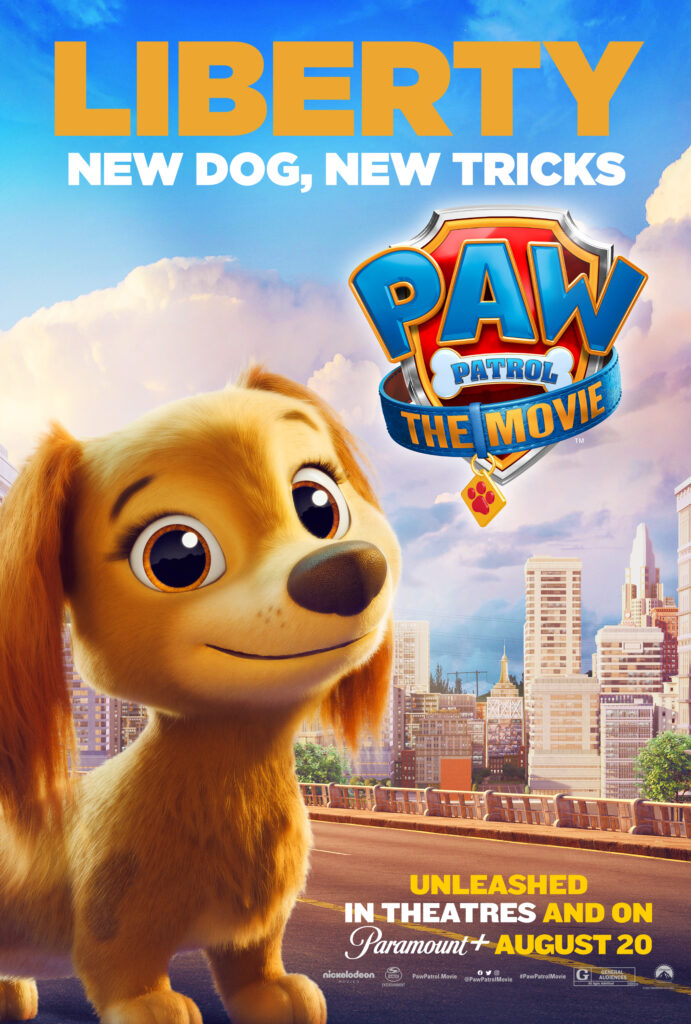 Rising star MARSAI MARTIN, at just 16-years-old, is already on course to be a whirlwind sensation. At the age of five she landed her first national commercial and shortly after relocating to Los Angeles, she was cast as Diane Johnson on the ABC Emmy-nominated hit comedy BLACK-SIH. Marsai plays Liberty-  a long-hair miniature dachshund who has grown up in the streets of Adventure City. She is the PAW Patrol’s number-one fan, and dreams of one day joining their ranks, though Liberty never could have imagined that she’d be going on adventures with them in her home city.

Check out this fun new song featured in the movie by Adam Levine! RAISE THE WOOF! LISTEN TO “GOOD MOOD” BY ADAM LEVINE

PAW PATROL: THE MOVIE IS IN THEATRES AND STREAMING ON PARAMOUNT+ ON AUGUST 20, 2021