Dreams come true! I had the absolute privilege of walking the red carpet at the world premiere of Disney’s Frozen 2! This was a night I will never forget. For as long as I could remember, I have been obsessed with the glitz and glam of Hollywood. I have always wanted to walk the red carpet! I have a huge heart for all things Disney, so when this amazing opportunity came along, I knew it would be special!

The moment I stepped foot on the carpet, I was awestruck. I kept having to pinch myself! I knew how magical each moment was and I was anticipating the next with more excitement. The Frozen 2 Red Carpet was actually red, some premiers have different theme colors. The fall season sets the scene for Frozen 2, so there was brightly colored autumn leaves all over the carpet. It was so pretty! There were character posters, huge title back drops and even replica stone elements from the movie on the carpet. Every step you took, there was something new you wanted to capture.

Yes, the celebrities and stars of the movie were there as well. Most stopped and greeted the fan area and did a short interview, then proceeded into the theater. It was so cool to be in the same place as the talented people who make movie magic!

This movie premier itself took place at the iconic Dolby Theatre. Once inside the Dolby Theatre, I no longer had access to my phone. I took many glances around the theater and tried to soak it all in as much as possible. I got to sit in the third row in the right hand orchestra section! This is where the Oscars are held, I was in full geek mode! I had a fabulous seat. Of course we were all treated to popcorn, which came in cute Frozen 2 buckets. Before the movie began, the cast and filmmakers were introduced and came on stage. When they took their seats, they all walked past our seats and graciously smiled, said hello and waved. It was so cool! Watching the movie so close to the cast, and seeing them react to the film along with us was incredible. It was such a special experience.

Nobody throws a party like Disney! Once the movie was over, we walked a few flights up to the after party. We literally walked in to the party with the celebrities. There were many photo opps, one even with Olaf himself! We were served delicious food and fun Frozen 2 themed desserts. They were cute and tasty! 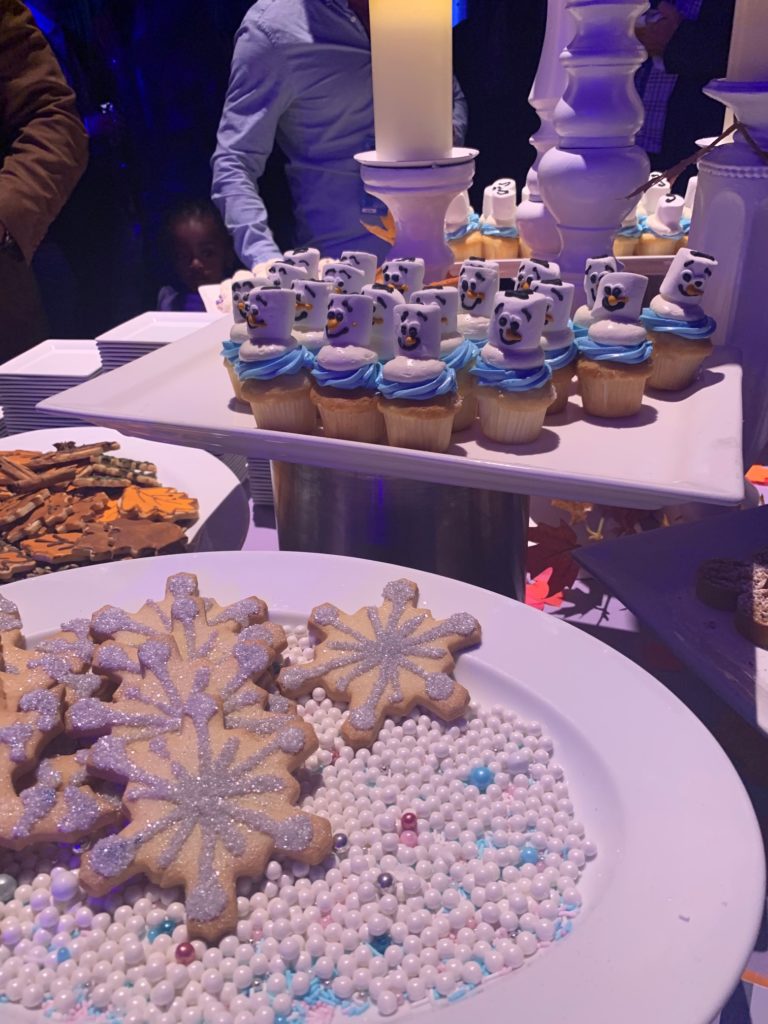 I loved the LEGO Snowman we got to build. You could learn to draw Olaf, play charades, and even sit in Kristoffs Sleigh. The setting could not be any cooler! 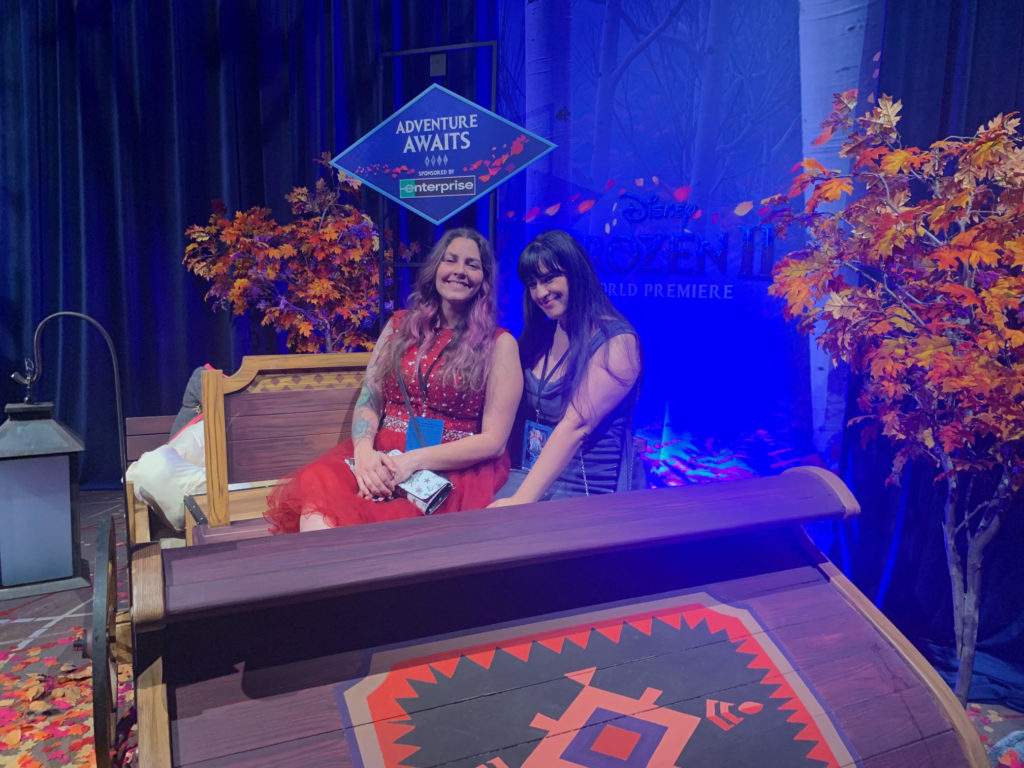 It was such a pleasure to meet and chat with many of the Frozen 2 cast members. They were all so very kind and happy to hear what we thought of the film. Josh Gad gives warm hugs, just like Olaf. Jason Ritter is so sweet and endearing. Sterling K Brown was really humble and kind. Brendon Urie was so funny and could chat all night. 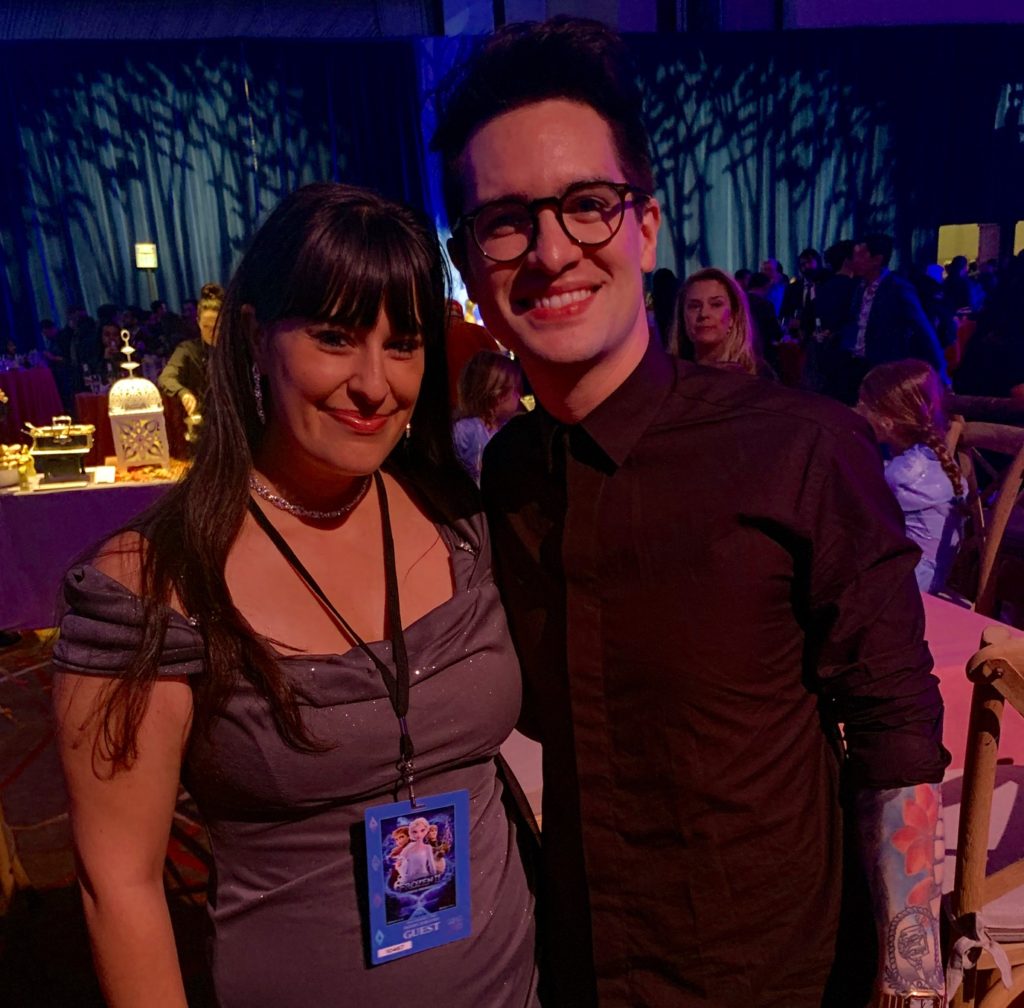 I will forever cherish this magical evening. From start to finish it was full of magical moments. Walking a red carpet for a world premier is something I have always dreamt of doing. This hollywood loving, Disney obsessed girl had her dream come true, and it was everything!

See what lessons families can learn from Frozen 2!

« Plan your next event or gathering at Topgolf with Evite!
SONIC THE HEDGEHOG – New Trailer! »
Subscribe
2 Comments
Oldest
Newest Most Voted
Inline Feedbacks
View all comments

Falling For These Celebs on the Frozen 2 Red Carpet