Blue is headed to the big city and it is one adventure you do not want to miss! Full of fun, music and heart, Blue’s Clues & You: Blue’s Big City Adventure! Josh and Blue head to New York City for the opportunity to audition for a big Broadway musical! This film reunites all three beloved hosts – Josh, Steve (Steve Burns) and Joe (Donovan Patton) – together for the first time in the Big Apple! I had the chance to interview some of the amazing cast, check it out!

Blue and I go way back, so I was so excited to see this movie! I love the storyline, the cast and the music is so darn catchy! The musical numbers are big and full of Broadway flair, Josh is a star! There is something so magical about seeing all three hosts on screen together. This makes the child in me so happy! I think the story and messaging behind the film is something all kids can learn from. We are all unique, you were made to shine, keep believing, and keep on trying. 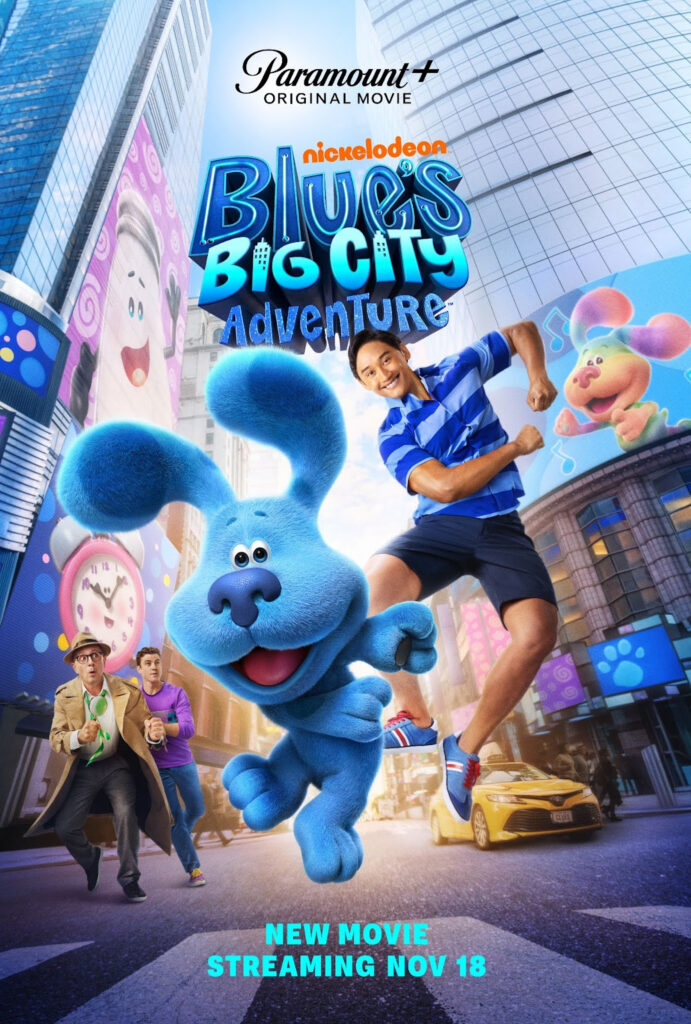 Baking Soda and Vinegar Balloon Experiment ~ At Home Science
PANDAS Return to IMAX~ Win Tickets!
A Mouthful of Air - A Conversation On PPD