My family and I have been long time fans of The Cooods. We love these whacky, adventurous crew and I am so excited we get to see more of their adventures! The Croods and the Bettermans are back with hilarious prehistoric adventures in 6 new episodes.

DreamWorks Animation’s The Croods: Family Tree series, inspired by the hit film The Croods: A New Age, arrives on Peacock and Hulu today! The new series features Kelly Marie Tran (Raya and the Last Dragon) as the voice of “Dawn” with Amy Landecker (Kipo and the Age of Wonderbeasts) as “Ugga.” Mark Banker (Go, Dog. Go!) and Todd Grimes (The Epic Tales of Captain Underpants) serve as executive producers. 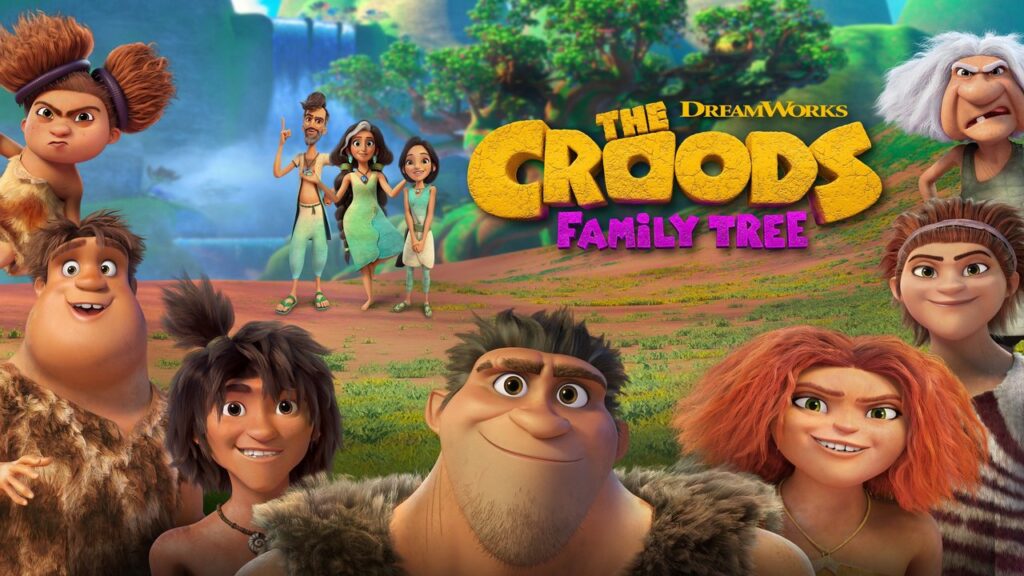 The Croods: Family Tree continues the ever-evolving story of the Croods and the Bettermans as they learn to live together on the most idyllic farm in prehistory. The journey from sparring rivals to unlikely friends is fraught with hilarious misadventures as the two families slowly overcome their differences to turn a tree house divided into a tree home united.

I got to chat with both of the executive producers Mark Banker and Todd Grimes as well as voice talent Amy Landecker.

Ugga is the Crood family rock and a calm yet fierce mama bear to her kids. She’s the one that keeps the motor running and the voice of reason who when needed can be not just tough, but cave mom tough. Now that she’s got a taste of civilization with the Bettermans, she’s tempted to explore it because it’s much easier to sleep with your head on a rock when you’ve never felt a pillow. But, now that luxury is an option, Ugga may just indulge in it. Check her out in this Mom Vs Mom clip!

THE CROODS: FAMILY TREE FROM DREAMWORKS ANIMATION IS NOW STREAMING ON PEACOCK AND HULU #CroodsFamilyTree 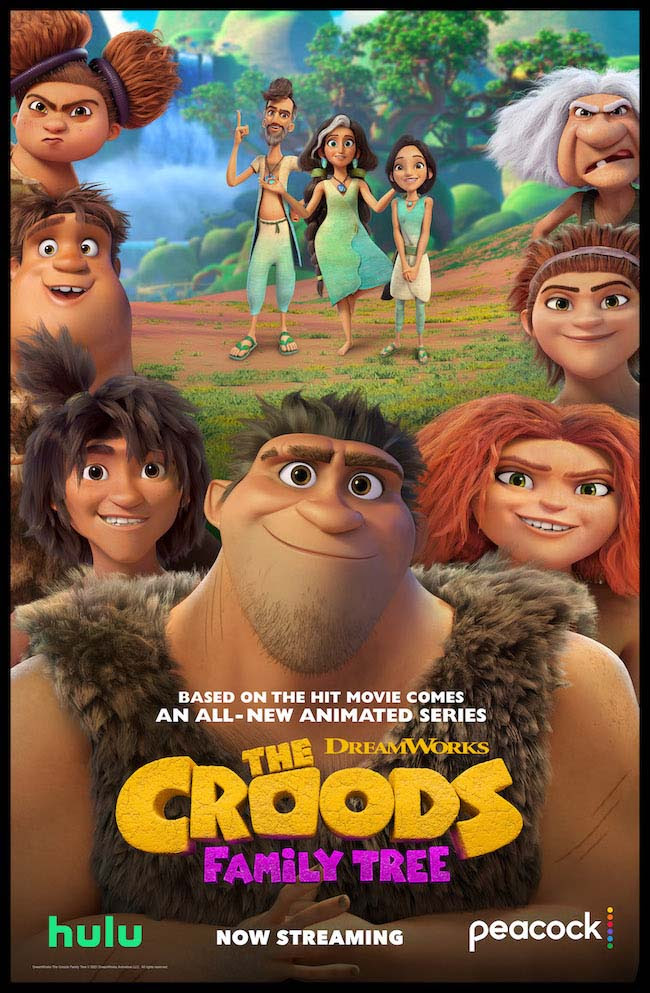 ANT-MAN AND THE WASP - "Who is the Wasp?" Featurette!
Matilda The Musical - Interview with the Cast & Crew
Plan your next event or gathering at Topgolf with Evite!