The Starling is a beautiful film about dealing with grief and finding hope again. After Lilly (Melissa McCarthy) suffers a loss, a battle with a territorial bird (The Starling) over dominion of her garden provides an unlikely avenue for her grief and the courage to heal her relationships and rediscover her capacity for love.

I had the opportunity to speak with the Director Ted Melfi paired with his Producing partner and wife Kimberly Quinn. I enjoyed hearing about their passion for this project and what made the movie work. It is a fine mixture of both intense sadness and comedy. As Melfi explained, you can’t have one without the other, that is real life. We cry at weddings and laugh at funerals. Very true.

The film, a reunion of the Academy award-nominated actress with her St. Vincent director Melfi and co-star Chris O’Dowd, is an achingly funny and poignant chronicle of a couple finding their way back to each other after the most unimaginable tragedy: the death of their baby daughter. It is a laugh-till-you-cry homage to the resilience of love as each partner’s grief takes a different path. While Jack (O’Dowd) protects his fragile state of mind by withdrawing, Lilly (McCarthy) works doggedly to get through to him in order to save their marriage. As she tries to rebuild her garden — and her life— Lilly becomes engaged in a battle with the titular bird and seeks the help of Larry (Kevin Kline), a quirky psychologist-turned-veterinarian.

But McCarthy didn’t know any of that when she said yes, she just trusted she was in good hands. “There’s really no reason to play hard to get with a beautiful filmmaker like Ted Melfi,” she says.

One of the reasons I personally enjoyed this film is that you get to see roles flipped. The husband is the one who is struggling mentally and the wife is the one holding down the fort and trying her best to move forward. This is powerful to see on screen because not only does it help bring awareness to mental health struggles but it normalizes that is effects all of us, no matter the gender.

“I felt that I had seen so many films whereby the ‘strong’ man fights to hold it all together while the ‘weaker’ woman takes a time-out to deal with her mental state,” says Melfi of tired gender tropes. “This is beyond a cliche to me. I’ve been married 25 years, I have a 15-year-old daughter, and I was raised by a single mom. On any given day these women in my life are stronger, smarter, and fight harder than I do and have more faith than I do.” 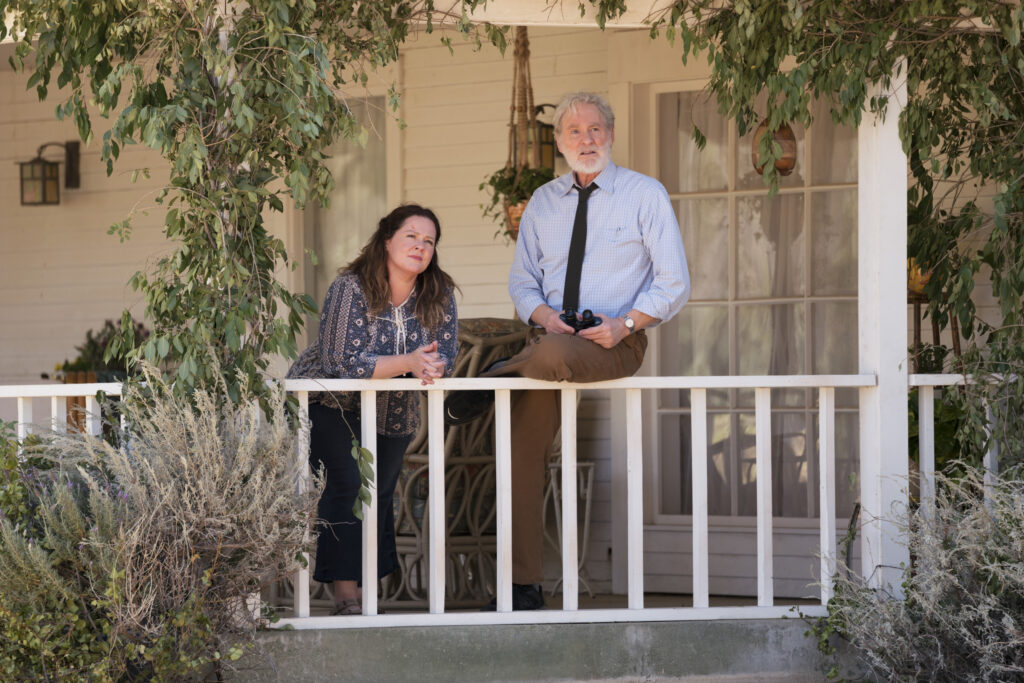 These characters deliver such a a raw and moving performance, it is absolutely beautiful and heartbreaking at the sometime. You will find yourself having this deep emotional connection to the story. We have all lost something or someone and this story shows how you can indeed find hope again. It may look different, it may be hard, you may have to fight for it, but there is always hope.

The Starling itself  is there reminding you that you have to let go of the old to allow in the new. Starling also reminds us to live in harmony and work as a team with those around us but at the same time showing us the importance of our role within the family group. You see that in these characters, they struggle to find themselves again and then back to each other. It is a moving story that will have you laughing and crying over and over.

The Starling is now on Netflix #TheStarling

Spread the Sonic Love this Valentine's Day!
The Sleepover - Cast Interview and Behind the Scenes Moments
THE LEGO MOVIE 2: THE SECOND PART