Mario need your help saving Princess Peach! Are you up for the task? Mario and Luigi receive an invitation from Princess Peach to attend an origami festival and excitedly hurry to Toad Town…but something’s amiss. After investigating the eerily empty town, the duo finds a fearsome (and folded) Princess Peach—she’s been turned into origami by King Olly, ruler of the Origami Kingdom! With five giant streamers under his control, King Olly binds Princess Peach’s Castle and transports it to a distant mountain as part of his plan to re-fold the world. 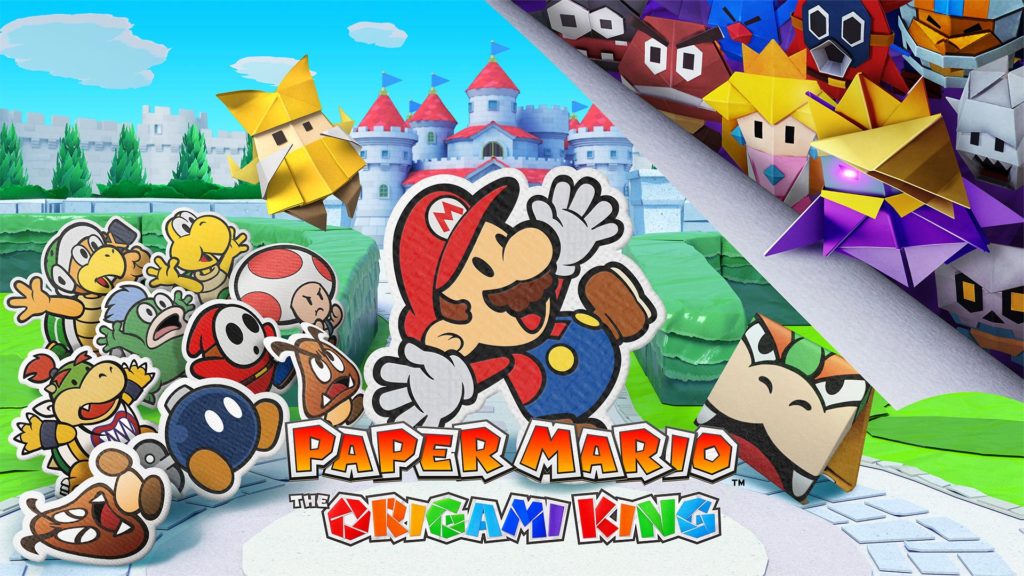 Princess Peach and her subjects are wrapped up in paper and need to be saved! I love this concept. It’s fresh, new and creative. The overall look of the game is very pleasing to the eye. It is a great way to let off steam, challenge yourself with some puzzles, and of course save the day! My kids and I were so excited to check out Paper Mario: The Origami King. 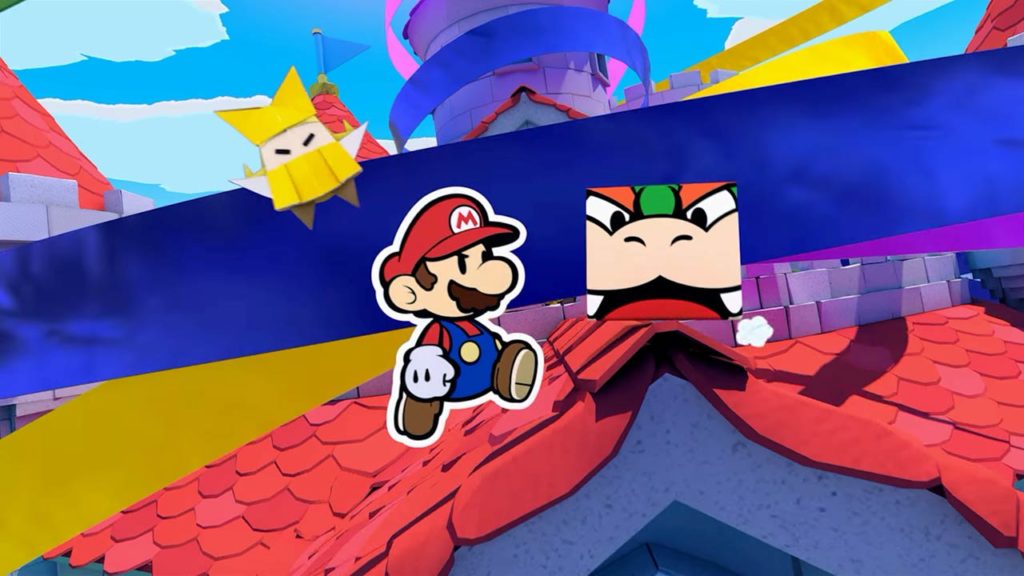 Mario meets Olivia, King Olly’s sister, and the two join forces to put a stop to Olly’s origami onslaught. Olivia makes for a great little battle partner. She may be small but she gets the job done. She becomes an important ally to Mario and helps save the day.

Using the unique properties of paper, you get to help Mario unfold new paths, explore vast environments, unlock the secret of an ancient ruin, brave the raging rapids, step out on stage, visit a string of islands, appear on a quiz show, and even participate in a mid-air battle! My son loved the mid-air battle. The battle system for this game is so much fun! It is not just any battle, it’s actually a puzzle. You have a limited amount of moves to set your enemies up before they can be taken out. It’s a fun addition to the battles. This added a new and exciting element to the game that I was not expecting.

Mario can do this cool thing with his arms, where they get crazy long! Mario can use the arm-extending 1,000-Fold Arms ability in specific spots to interact with the landscape to pull, peel, hit, and more! 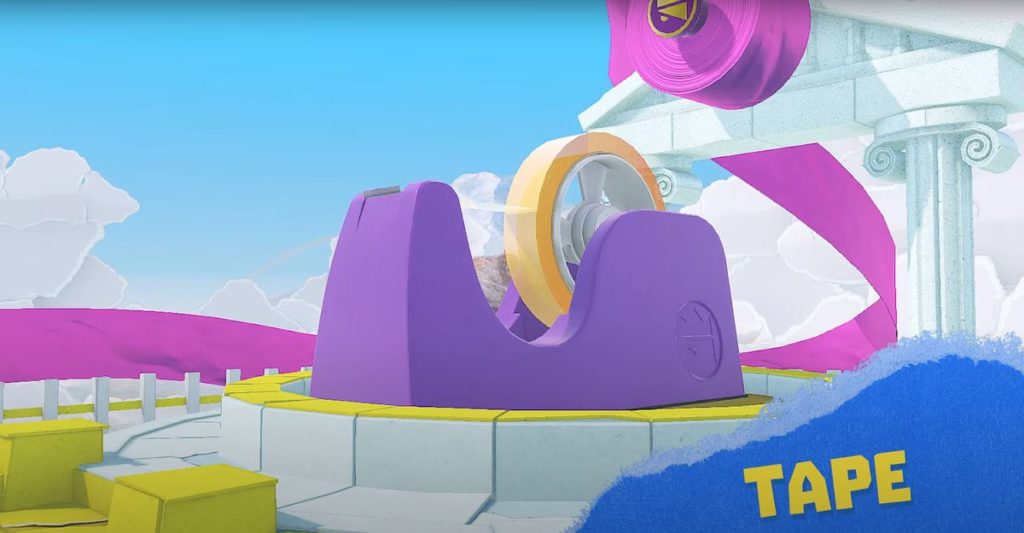 I also loved that you can use confetti to throw and repair holes torn in the landscape, whack suspicious spots with your hammer to find hidden items, and try your luck at minigames to earn in-game rewards. All my daughter wanted to do was throw the confetti.

The stationary supplies were also a fun element to the paper oragami world. It was so cool to see colored pencils, tape and rubber bands in the game play. 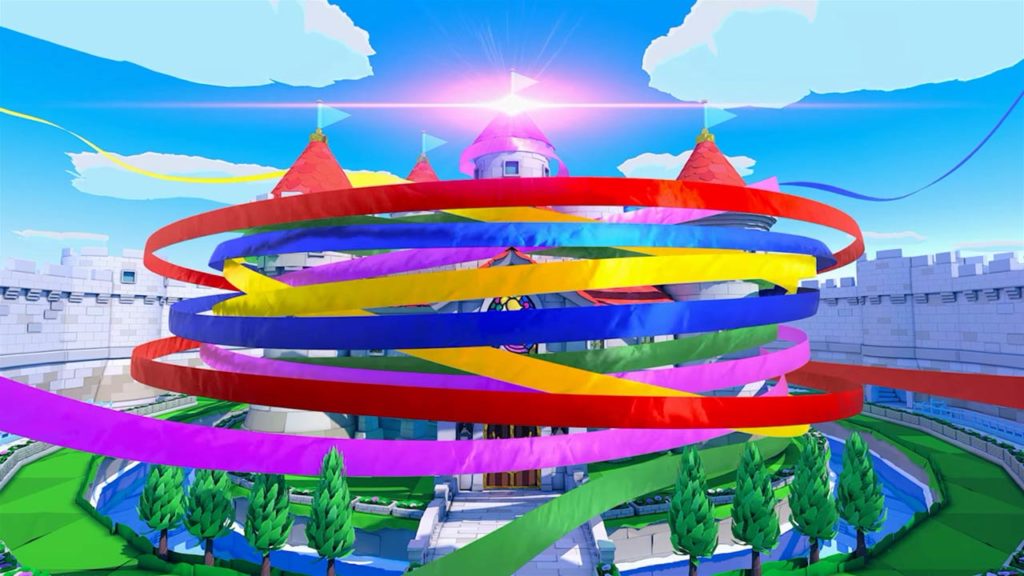 This is a great family game. My kids and I had some much fun checking it out. It is something you can play for hours on end and still be exploring new feature and creative battles. Puzzles make it engaging for your brain, my kids and I loved that part of the game. 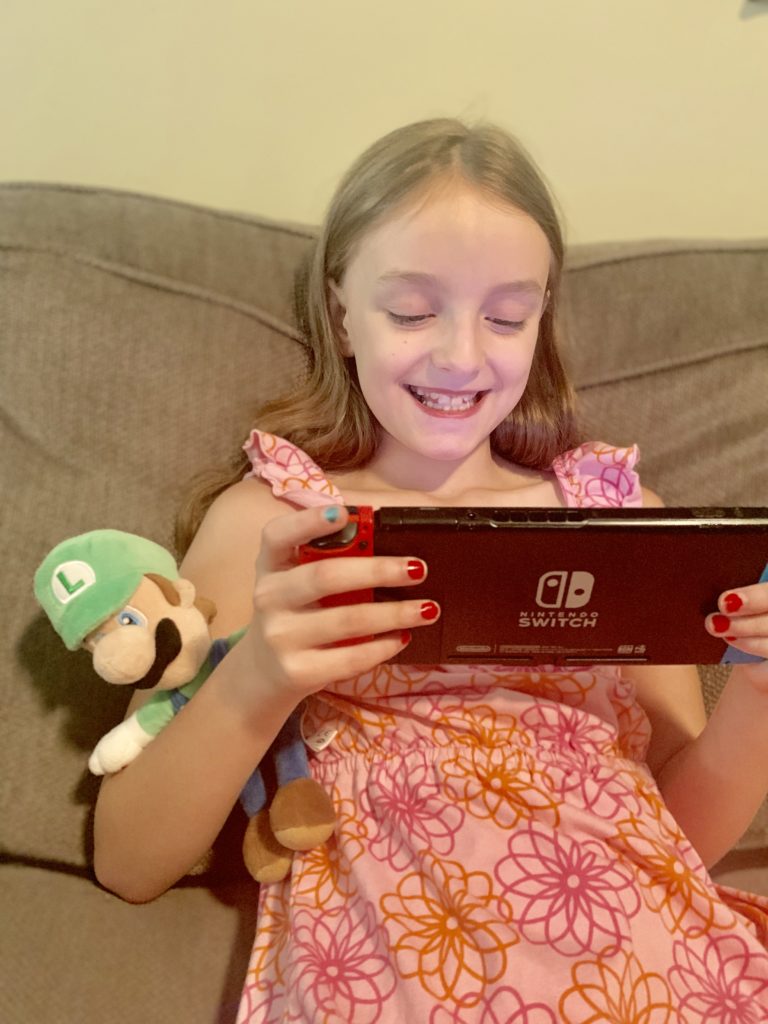 A new paper-crafted Mario adventure unfolds on Nintendo Switch! Get it now!

I was provided with a copy of this game from Nintendo. As always, all opinions are 100% my own.