If you are a fan in any sense of  Jurassic Park and Jurassic World, you need to be watching Jurassic World: Camp Cretaceous on Netflix. Season 3 premiers today and it is so good! The story line, the animation, and the voice talent are all incredible parts of the show that a\ this series so entertaining. My kids and I love that it is thrilling for a kids series and we love all of the cliff hangers! I got to interview the wonderful voice talents, Paul-Mike’l Williams and Raini Rodriguez. Hear what they had to say about the series and their characters!

Inspired by the globally beloved Jurassic World franchise, Jurassic World: Camp Cretaceous follows six teenagers chosen for a once-in-a-lifetime experience at Camp Cretaceous, a new adventure camp on the opposite side of Isla Nublar, who must work together to survive when dinosaurs wreak havoc across the island. From DreamWorks Animation, Universal Pictures and Amblin Entertainment, the series is executive produced by Steven Spielberg, Colin Trevorrow, and Frank Marshall, alongside executive producers and showrunners Scott Kreamer and Aaron Hammersley.

In season three, still stranded on the island, the campers uncover more details of Dr. Wu’s secret research, and must quickly take their fate into their own hands with a dangerous plan to leave Isla Nublar behind for good. But when a tropical storm delays their departure, a lethal new threat quickly closes in on the campers, placing their escape, as well as their lives, in extreme peril.

I loved talking with Raini Rodriguez, Voice of Sammy Gutierrez in Jurassic World: Camp Cretaceous. Her character is so spunky and a good friend to the other kids on the island. She really enjoys being able to bring out her Texan roots in this character. Paul-Mikél Williams voices Dinosaur expert and group leader, Darius. Paul-Mikél has learned a lot about dinosaurs, bravery and friendship from his character. It is clear these two love their job and these characters. Be sure to watch and see where season three takes them! 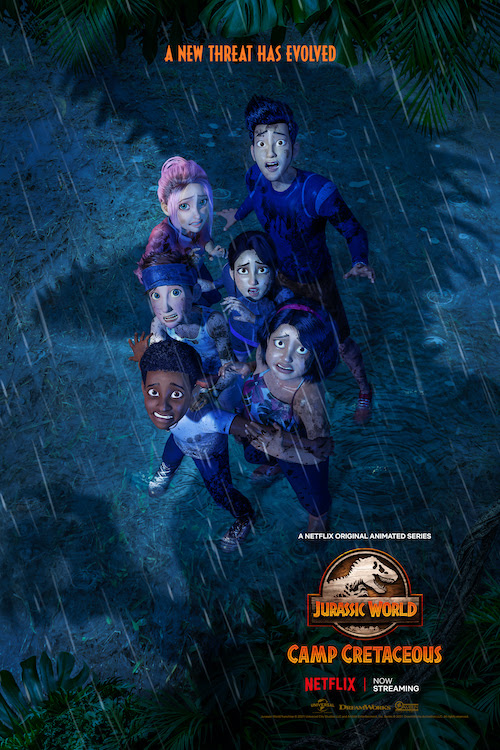 Travel and Explore with IMAX on Hulu!
Disney On Ice presents Celebrate Memories!
We Can Be Heroes - Cast Interviews