Tall Girl 2 returns with a beautiful and inspiring sequel. I love that we get to see more of Ava and her story unfold. What comes after Homecoming Queen and a new surge of confidence? Is being popular all it is chalked up to be?

After her inspiring speech at the homecoming dance, Jodi (Ava Michelle) is no longer just the “tall girl” – she’s popular, confident, has a boyfriend, and just booked the lead role in this year’s school musical. But as the pressure of her newfound popularity intensifies, so do her insecurities, and new relationships are formed while old ones are tested. As the world she built starts to crumble around her, Jodi realizes that standing tall was only just the beginning. 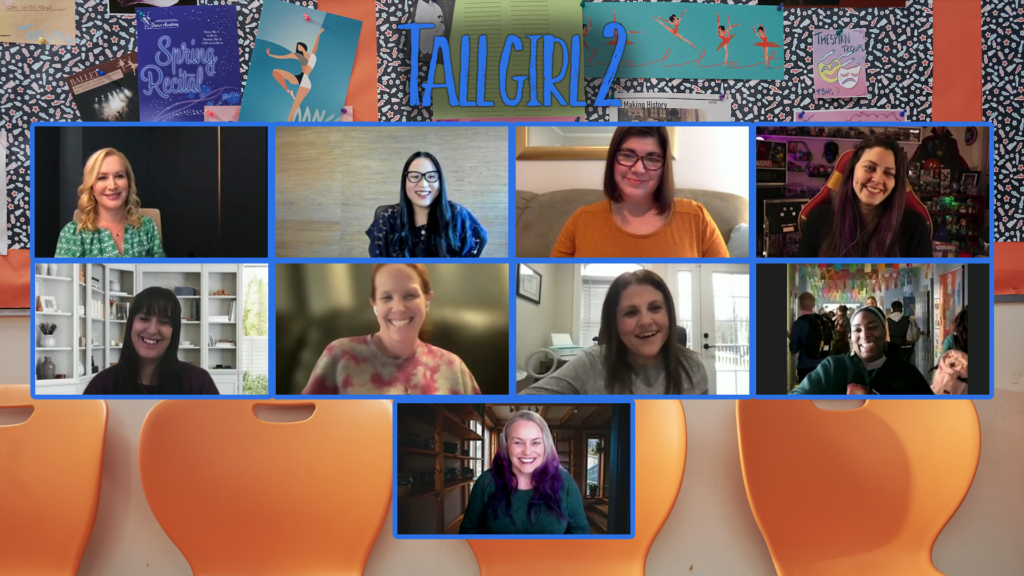 I loved getting the opportunity to chat with the very talented Angela Kinsey on her role as a mother in this film and the incredible Emily Ting who took on the director role for Tall Girl 2. I asked both ladies what advice they would give to their younger teen selves and you got to hear what they said! I think we all can relate.

Emily Ting is an American director, producer and screenwriter. She was born in Taipei, but later moved to Los Angeles with her family. Ting graduated from the film/TV program at NYU’s Tisch School of the Arts.

Angela Kinsey is an American actress, podcaster, and television panelist. She played Angela Martin in the sitcom The Office and appeared in the sitcoms Your Family or Mine and Haters Back Off.

There is no worse bully than the one you create in your head.

Society has deemed it unacceptable for a tall girl to date a short guy for some reason.

I was constantly bullied for being tall.

Just go out there and do your best. And if you mess up, just know that it’s ok.

He was the one that gave me the confidence to stand up for myself with the sweetest gift.

We should all be more forgiving. Because like I said, things happen.

There is no shame in cracking first.

Thank you for believing I could do it even when I couldn’t.

The only way to conquer your fear of singing in front of people, is to just do it.

I can do this. I’m good enough to do this.

I really loved this movie and the message of how to deal with that pesky insecure voice inside of your head. I think it is perfect for teens ages 13 and up. My daughter was able to relate on many levels. I think it is so important to peel back the popularity curtain, because chances are even those who appear confident are dealing with some massive insecurities. Sometimes even when you get what you thought you wanted, life still has a way of causing you to second guess yourself and allowing doubt to creep back in. Tall Girl 2 continues with a beautiful story about towering above your insecurities and knowing your true self worth.