I am such a movie geek, so when I had the opportunity to interview the legendary Animator/Director Tony Bancroft, I was ecstatic! Tony is the Voice Director for the new film, Red Shoes and the Seven Dwarfs. I loved hearing what he had to say about the message of this film.

It was a pure pleasure to chat with Tony. He is such a nice guy and I am a huge fan of his work. During this interview I got to ask him about working with this amazing voice cast, the message of this movie and a few other fun facts!

During his 12-year career with Disney Studios, Bancroft helped create and animate Pumbaa, the lovable warthog in The Lion King; Kronk, the dim- witted sidekick in The Emperor’s New Groove; Cogsworth the nervous clock from Beauty and the Beast; and Iago the pestering parrot in Aladdin. Bancroft’s most notable accomplishments include being the co-director of Walt Disney’s animated film, Mulan, for which he received the Annie Award for Director of the Year from ASIFA-International; and animation supervisor of Sony’s Stuart Little 2, for which he received the Visual Effects Society’s top award for character animation.

In recent years, Bancroft executive produced a CG feature Mosley, that released last year and co-directed another CG animated feature Animal Crackers that released internationally on Netflix this summer. He recently went back into animation for Disney’s Mary Poppins Returns and, currently, Warner Brother’s Space Jam 2 where he is animating Looney Tunes characters. He has taken his 30+ years of industry experience and compiled it into a book, Directing for Animation, which released worldwide through Focal Press. He and his twin brother, Tom, started a popular podcast focusing on the animation industry called The Bancroft Brothers Animation Podcast, which is the #1 podcast for animation on iTunes. 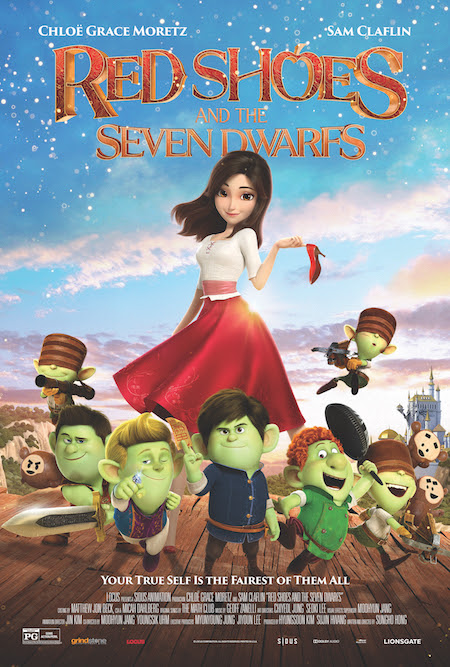 Be sure to watch Red Shoes and the Seven Dwarfs available on digital and DVD now!