The War With Grandpa is a wonderful, feel good movie we all need to watch with our families! I had the opportunity to screen the film and interview the cast. I can say it is going to make you laugh and hit you in the feelings. I loved the movie, and the cast is amazing. Hear what they had to say on filming, the message in the movie and working with De Niro. 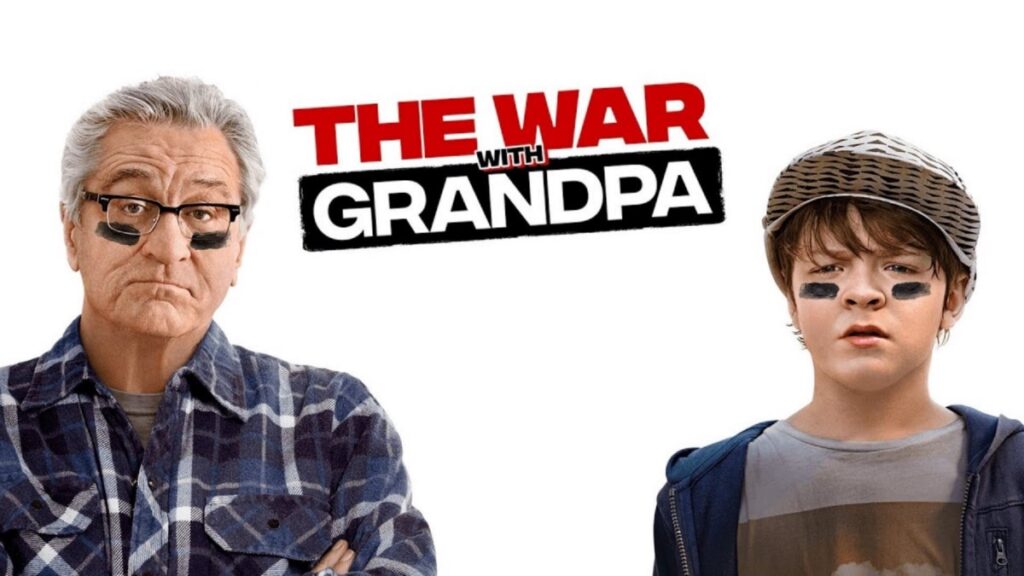 About The Movie
Sixth-grader Peter (Oakes Fegley) is pretty much your average kid-he likes gaming, hanging with his friends and his beloved pair of Air Jordans. But when his recently widowed grandfather Ed (Robert De Niro) moves in with Peter’s family, the boy is forced to give up his most prized possession of all, his bedroom. Unwilling to let such an injustice stand, Peter devises a series of increasingly elaborate pranks to drive out the interloper, but Grandpa Ed won’t go without a fight. Soon, the friendly combatants are engaged in an all-out war with side-splitting consequences. Based on the award-winning book by Robert Kimmel Smith, THE WAR WITH GRANDPA is a hilarious family comedy featuring an all-star supporting cast: Christopher Walken, Uma Thurman, Rob Riggle, Cheech Marin, Laura Marano and Jane Seymour.

Interview with the Peart Family (Producers)

Filmmakers Tre Peart + Marvin Peart + Rosa Peart: Tre Peart, when he was 8-years old, pitched the movie idea based on a book he read; parents Marvin Peart (Brookdale Studios) and Rosa Peart (Marro Media Company) financed and produced the film along with their son, who is now a teen.

THE WAR WITH GRANDPA will be released in theaters on October 9, 2020.