Set 1,300 years after the events of How To Train Your Dragon, dragons are now just a legend to the modern world. When a geological anomaly opens up an immense, miles-deep fissure in the Earth’s surface, scientists from all over the world gather at a new research facility to study the mysterious phenomenon. Soon a group of misfit kids, brought to the site by their parents, uncover the truth about dragons and where they’ve been hiding — a secret they must keep to themselves to protect what they’ve discovered. This all new series explores new heights and discovers new dragons! Catch my interview with voice actor Marcus Scribner/”D’Angelo Baker” and Exec Producer John Tellegen.

My kids are big fans of the Dragons franchise and can’t wait to see these new characters and new Dragons! I loved hearing about the characters in depth more and just how new dragons are dreamed up.Julia Stiles, Aimee Garcia, Marcus Scribner, Ashley Liao and more join the cast in 6 all-new episodes soar onto Hulu and Peacock December 23rd. Watch now! 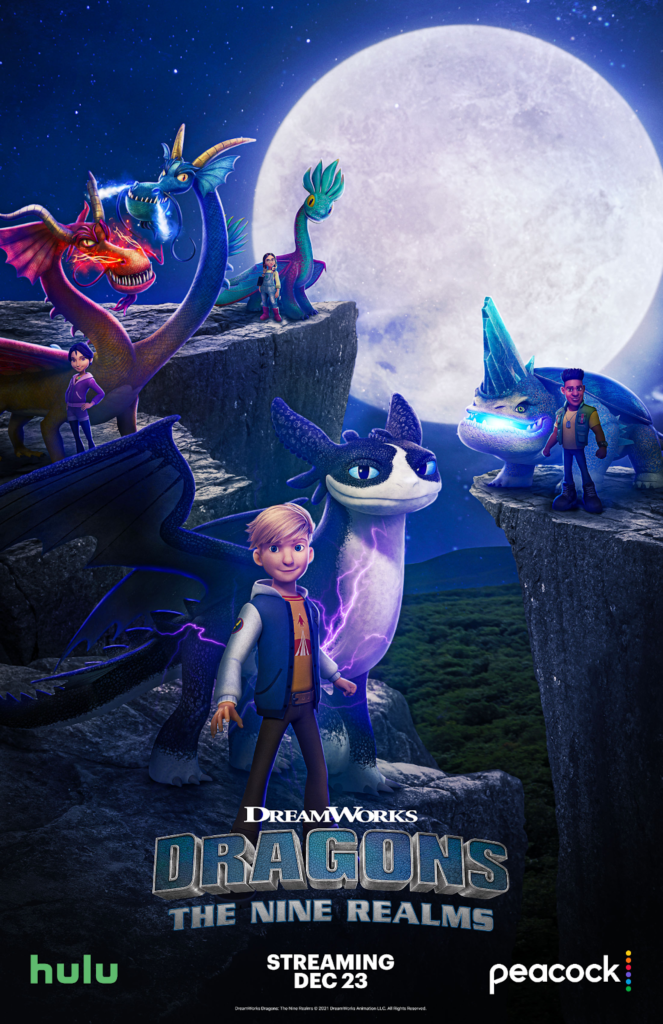