Dolittle is a sweet, funny, good ol’ fashioned family movie! My kids and I saw an early screening and loved it. I was grinning ear to ear watching Robert Downey Jr bring the eccentric Dr.Dolittle to life on the big screen. I really liked the telling of this story and the fabulous casting of his many animal friends. I wanted to share some of my favorite quotes and even a few family activities with you all!

Robert Downey Jr. electrifies one of literature’s most enduring characters in a vivid reimagining of the classic tale of the man who could talk to animals: Dolittle. After losing his wife (Kasia Smutniak) seven years earlier, the eccentric Dr. John Dolittle (Downey), famed doctor and veterinarian of Queen Victoria’s England, hermits himself away behind the high walls of Dolittle Manor with only his menagerie of exotic animals for company.

But when the young queen (Jessie Buckley, Wild Rose) falls gravely ill, a reluctant Dolittle is forced to set sail on an epic adventure to a mythical island in search of a cure, regaining his wit and courage as he crosses old adversaries and discovers wondrous creatures.

The doctor is joined on his quest by a young, self-appointed apprentice (Dunkirk’s Harry Collett) and a raucous coterie of animal friends, including an anxious gorilla (Oscar® winner Rami Malek), an enthusiastic but bird-brained duck (Oscar® winner Octavia Spencer), a bickering duo of a cynical ostrich (The Big Sick’s Kumail Nanjiani) and an upbeat polar bear (John Cena, Bumblebee) and a headstrong parrot (Oscar® winner Emma Thompson), who serves as Dolittle’s most trusted advisor and confidante.

I love that this movie highlights the importance of self love and self care. Even when bad things happen, it’s important not to shut others out, don’t give up, and get back out in the world. My kids loved seeing a big Chimpanzee conquer his fear and anxiety. Even those who appear strong, have their weaknesses.

Check out these family fun activities!

As far as I’m concerned, I’m the only human here. -Dolittle

I’m not a prisoner of fear. -CheeChee

Pull yourself together, you can’t ignore people just because they are people. -Poly

I don’t own anybody. -Dolittle

I’m too beautiful to die. -Kevin

You will not tend to a squirrel while the Queen of Englands life hangs in the balance. -Lady Rose

I’m going to come here and be Dolittle’s apprentice. -Stubbins

There is something special about you, something I’ve only seen in two other humans. -Poly

I brought you Lily just when you needed her. -Poly

You may be able to speak my language, but it doesn’t mean you are worthy of the fruit. -Dragon

Do you understand the words coming out of my bill? -DabDab 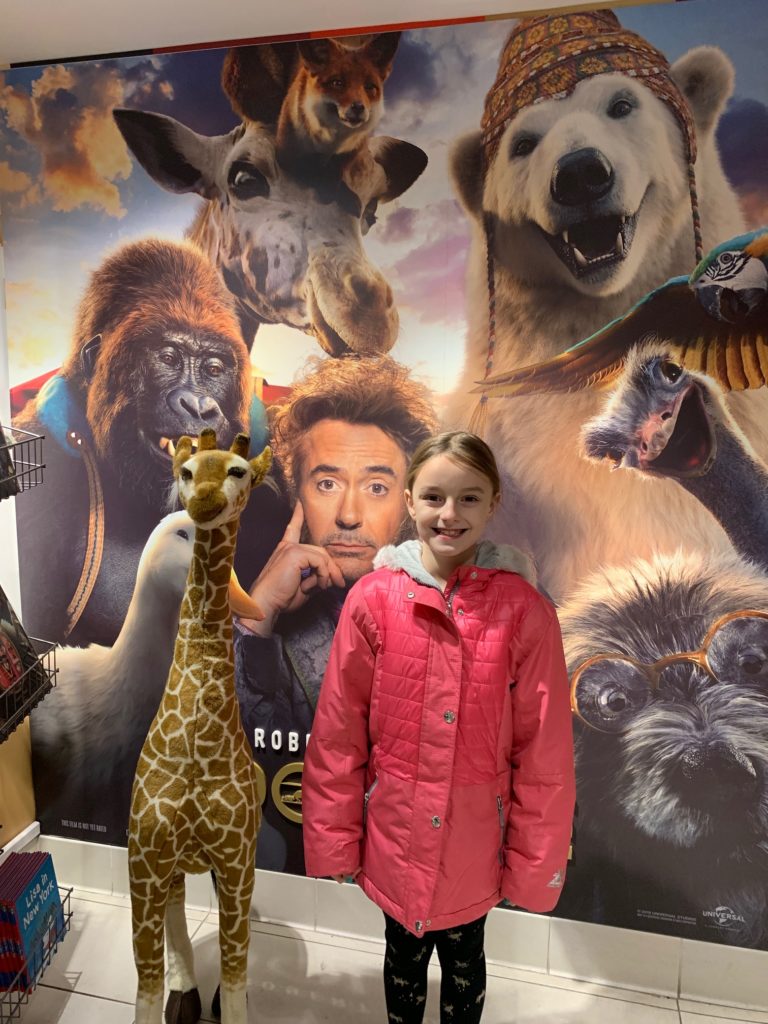 These quotes either touched my heart, or made me laugh. My family and I really enjoyed Dolittle and I think your family will, too!

Dolittle is playing in theaters now!