In celebration of the 25th anniversary of the Golden Globe ® – nominated 1 animated classic THE SWAN PRINCESS, Sony Pictures Home Entertainment is making the fan-favorite available in brilliant high definition for the first time ever with a collectible anniversary edition Blu-ray and in 4K HDR on digital, both available on October 29 th . As fans reminisce over 25 years of the beloved series, they will also be able to enjoy the newest magical installment when THE SWAN PRINCESS: KINGDOM OF MUSIC debuts on DVD and Digital August 6. 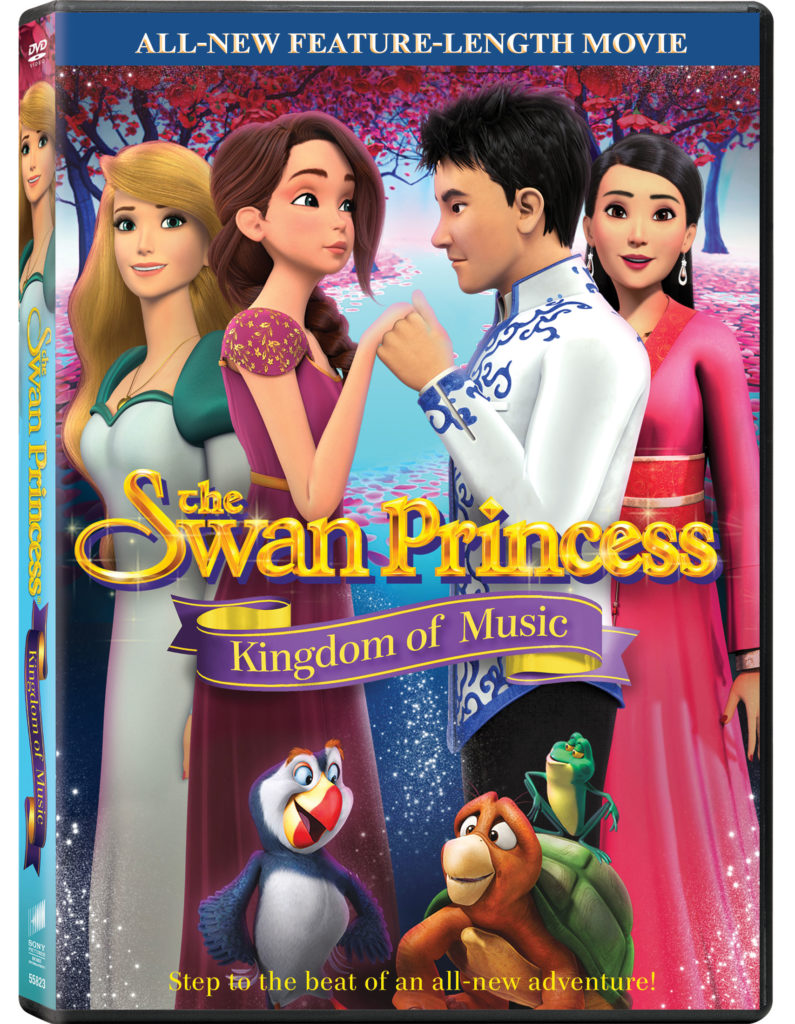 In the newest film in the series, THE SWAN PRINCESS: KINGDOM OF MUSIC, our favorite princesses are back in an all new feature-length musical adventure. Princess Odette is hosting a music competition to celebrate Princess Alise’s birthday – the winner will sing at her grand birthday ball! Prince Li of Cathay has entered, but his sister Princess Mei Li has stowed away on his ship to seek help from Odette and Derek for Chen, who has been cursed to live as a dragon. Lucas and Alise are reunited but Prince Li’s arrival makes Alise doubt her feelings. While Li and Lucas fight for Alise’s heart, Derek and Odette try to help Mei Li and Chen break the curse. Who will win the music festival and will Chen ever be free from his
curse?

My kids enjoyed watching this adventure play out. It is full of funny moments and new music you will love! Check out this preview here:

Included with the Kingdom of Music DVD are interactive sing-alongs featuring two all-new toe-tapping tunes from the film and a behind-the scenes featurette that explores how the world and characters of the film were brought to life.

What better way to enjoy the movie than with a few fun crafts?! 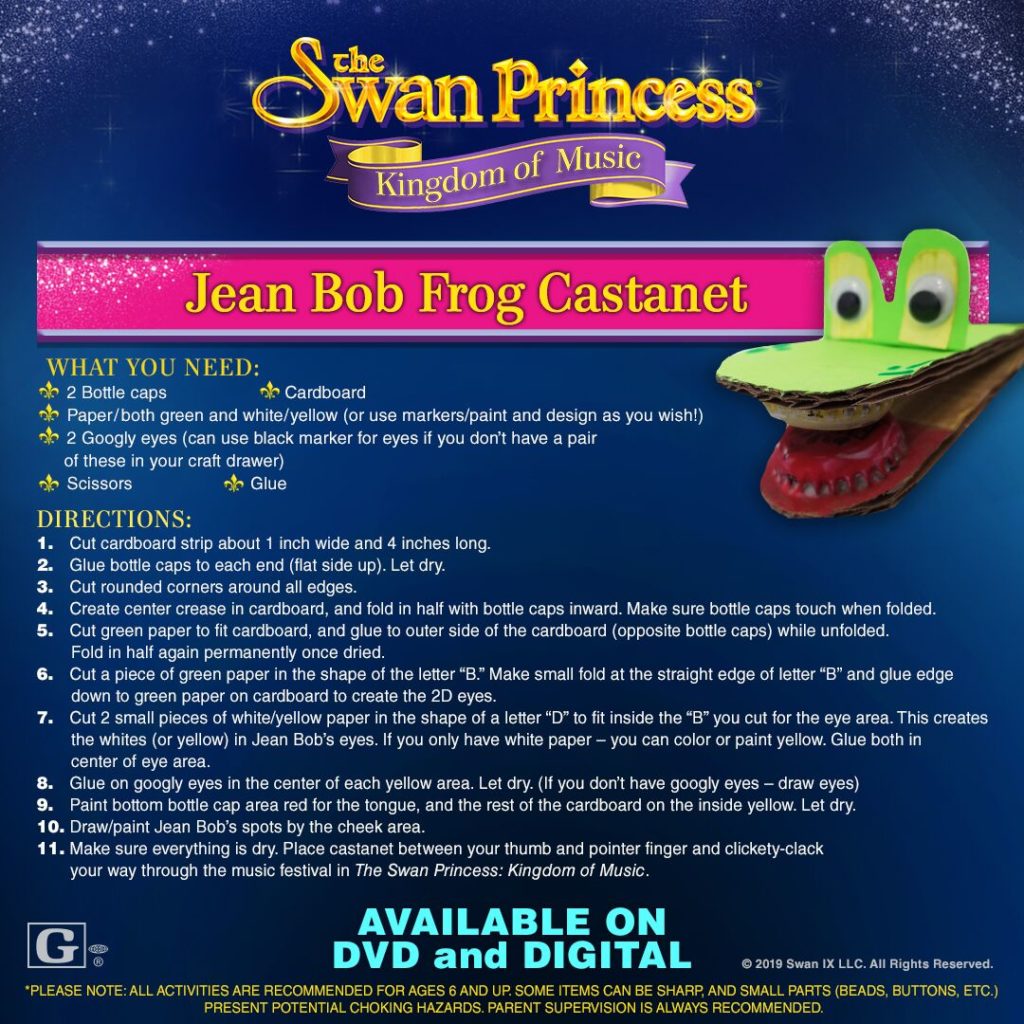 You can pre-order the 25th Anniversary Edition of The Swan Princess here!

The 25 anniversary Blu-ray release includes an all-new featurette entitled “A Look Back, Tease Ahead,” plus a variety of additional archival features.  THE SWAN PRINCESS: KINGDOM OF MUSIC debuts on DVD and Digital August 6.

This is a sponsored post in partnership with Sony Entertainment. As always all opinions are my own.