The Water Man is a tale of self sacrifice, love and perseverance. Gunner (Chavis) sets out on a quest to save his ill mother (Dawson) by searching for a mythic figure who possesses the secret to immortality, the Water Man. After enlisting the help of a mysterious local girl, Jo (Miller), they journey together into the remote Wild Horse forest — but the deeper they venture, the stranger and more dangerous the forest becomes. Their only hope for rescue is Gunner’s father (Oyelowo), who will stop at nothing to find them and in the process will discover who his son really is. 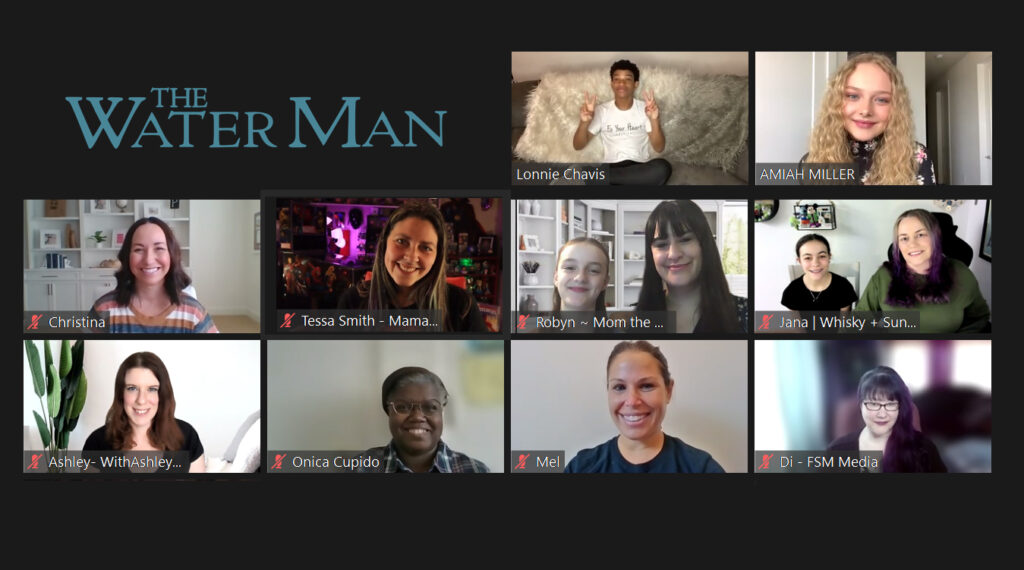 This is a powerful and thrilling story that both parents and kids will enjoy. The relationship between Gunner and his Mother is absolutely beautiful! I had the chance to interview the two young stars of the film, Lonnie Chavis, Amiah Miller. See what they had to say on filming the intense scene and what they hope the movie means to others.

What was it like filming scary and intense scenes?

Amiah Miller: It was–I mean, honestly, it was very fun. Lonnie is like my little brother. It was like going to work every day with, like, my family. We we got so close. And yes, I don’t–it wasn’t really intense on set. We were always joking. And when I watched the trailer, it was so intense. I was like, whoa, I don’t remember it being like this.

Lonnie Chavis: I mean, yes, throughout the entire set, me and Amiah really actually built a chemistry behind the–like, we really built the chemistry as Gunner and Jo, built a chemistry beyond the entire movie. I definitely say that we built a friendship at the end of it. And throughout the entire set, it was just lots and lots of fun and treating everybody with kindness and care. I don’t really think that it was intense at any moment. I mean, I feel like Mr. David really, definitely balanced between the two of us being a director and an actor and keeping everything in position. So, I don’t really–I don’t really feel like there was any really intense parts of the set. 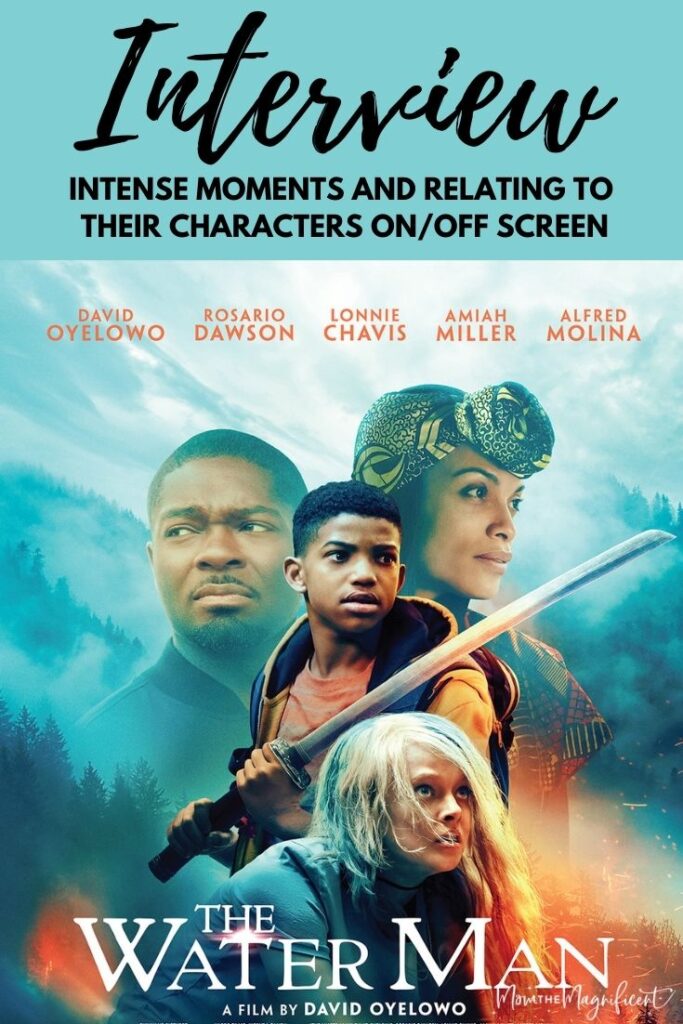 Relationship with their character and parents on and off screen

Lonnie Chavis: Well, I feel like I have the exact same relationship with my mom. I’m very, very, very close to my mom. There are moments where I thought I couldn’t do stuff, my mom carried me to the other side of the river. But Gunner’s dad was in the military, so he wasn’t really close with his dad. But they just moved to a new town and he finds out that his mom is diagnosed with leukemia, so they try to spend as much time together as they can and try to not take time for granted.

Amiah Miller: And my character, Jo, obviously doesn’t have a good relationship with either of her parents. And that’s so far from who I am. My parents are my best friends. They are so supportive. And that’s what I thought was so fun about that role and acting in general, is I can be so far from who I am. And I remember–I remember being in the callback, and I had this like, long paragraph talking about my dad, and David had cried, and it was like, is she actually going through something or–and it’s just it’s so fun to–to play a role so far from me, and I hope people believe it.

Favorite moments from filming or onset?

Lonnie Chavis: You know, filming with Amiah, she was like, my big sister throughout the entire film. We had so much fun together. In between every single take, we would laugh about the dumbest things. And then as soon as they said, action, we would both snap right back into character.

Lonnie Chavis: Exactly. It’s just like–just like an attack dog. Yes. Amiah, she’s honestly a true professional, one of the sweetest people ever. I love Amiah so much. But I mean, not only Amiah, everybody, as being Mrs. Rosario. I mean, Mr. David, everybody, I think, yes, and especially Mr. Alfred. Mr. Alfred is such a cool guy. Especially and when I met–especially when I finally was (INAUDIBLE), I had no idea he was (INAUDIBLE) until I got to set and saw him. Yes, I mean, it was honestly a really cool production to work with.

It was clear both stars from the movie learned that you should never take life or the time with loved ones for granted. The key to happiness is to enjoy life while we’re living it. A powerful and important lesson. This is a great movie to watch with the family. I would recommend it for ages 9 an up due to some intense scenes. My 9 year old watched with a few jumps and eye coverings, but was totally enthralled with the thrilling aspects and mystery of the story. 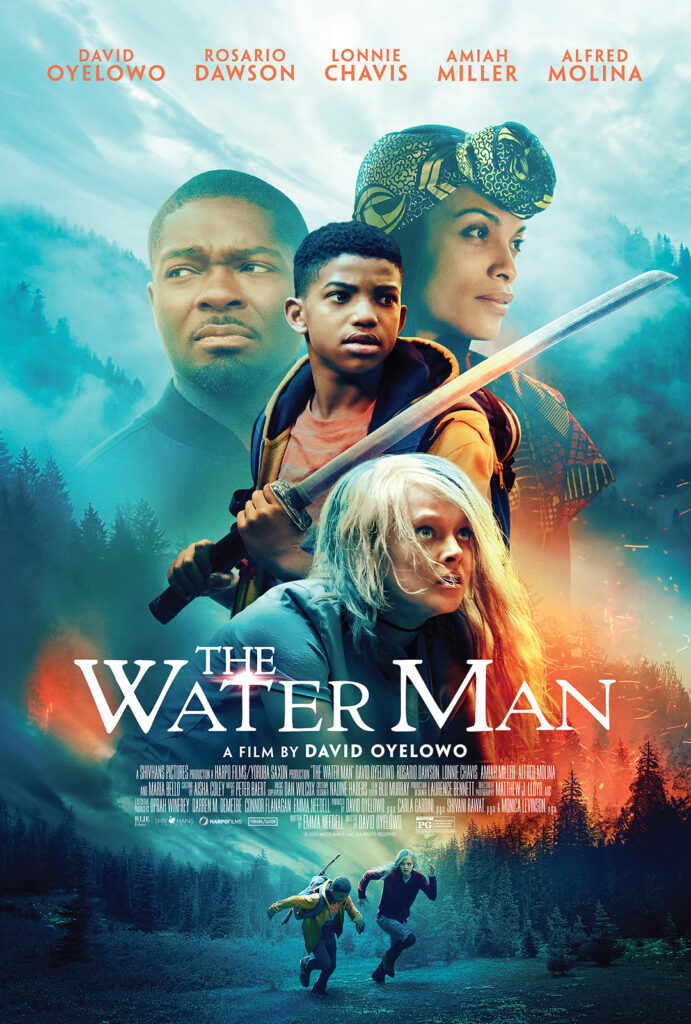 THE WATER MAN – NOW ON DEMAND