We all know and love the most famous of frenemies… Tom and Jerry! This is a cartoon and a group of characters that go back generations. I was so excited to watch the hilarious new movie starring our favorite cat and mouse. I even had the chance to chat with the Director of the film, Tim Story. Checkout my movie review and interview!

One of the most beloved rivalries in history is reignited when Jerry moves into New York City’s finest hotel on the eve of “the wedding of the century,” forcing the event’s desperate planner to hire Tom to get rid of him, in director Tim Story’s “Tom and Jerry.”  The ensuing cat and mouse battle threatens to destroy her career, the wedding and possibly the hotel itself. But soon, an even bigger problem arises: a diabolically ambitious staffer conspiring against all three of them.

An eye-popping blend of classic animation and live action, Tom and Jerry’s new adventure stakes new ground for the iconic characters and forces them to do the unthinkable… work together to save the day.

Ode to the Original

Overall the film is full of many laugh out loud and silly moments. My kids ages 16, 14, and 9 were all enjoying the story and the adventure Tom and Jerry took us on. I have to say the cast is great! I love how Chloë Grace Moretz  and Michael Peña interact with each other and the animation. It is a lot of fun to watch. 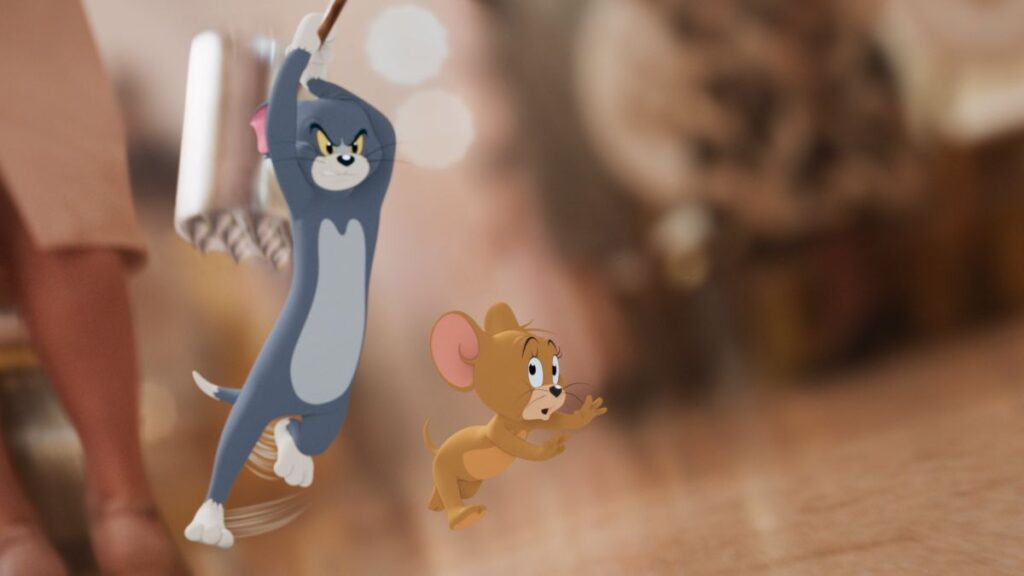 I enjoyed seeing all of the classic gags incorporated into the film. If you watched the cartoons before, you will certainly recognize the wacky antics from the cartoon. I think the animation is well done and brings laughter to the room, which is always the end goal.  The soundtrack brings a fun element to the movies too. Fun fact- the opening song you hear is a music video directed by the Tom and Jerry movie director! The Director himself said that he wants kids to see Tom and Jerry as siblings. Even though they fight like crazy, in the end they always have each others backs. So very true! This makes for the perfect film to watch on your next family movie night.

Hear what the Director said about his favorite cartoons as a child, who he likes more- Tom or Jerry, and more!