The story itself does not change much. The rescue dogs who play Lady and Tramp are just the sweetest creatures, even their co-stars said so. The opening movie feels like a warm hug. I love when movies open big over a town and slowly zoom into the characters. This one is set at christmas time and between the snow and music, its straight from a holiday snow globe. 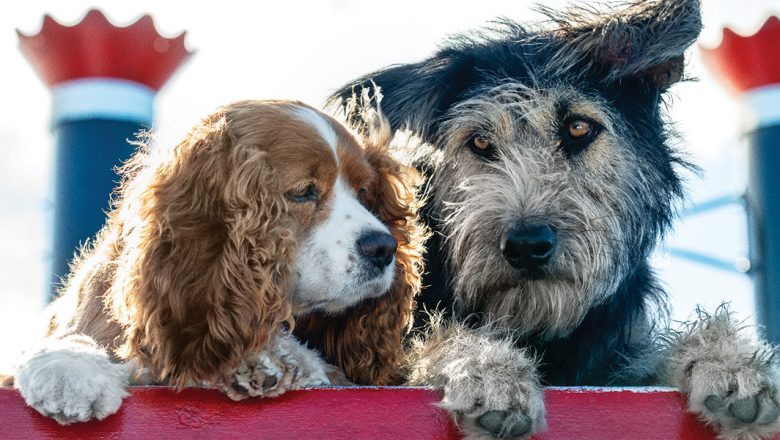 The movie brings a huge awareness to the need for pet adoption, as well as the age-old saying, appearances can be deceiving. Yes, Tramp may be a little rough around the edges, but he has a heat of gold. Tramp and his pound puppy pals are used to living on the street and fighting for their meals. When they meet Lady and hear of her sweet family, you can tell these pups yearn for a home of their own. Of course, Tramp had to show Lady what it’s like to live freely and let down your hair. Yes, there was spaghetti and yes, it is the cutest thing on the planet! I loved the dogs, the people, and the incredibly sweet story. This should be on the top of your Disney+ watch list when it debuts November 12th.

I had the pleasure of sitting with two of the cast members for an interview, and to hear their thoughts on the film. Yvette Nicole Brown who plays Aunt Sara, and Adrian Martinez who plays Elliot the Dog Catcher had so much to share with us, check it out!

Being a part of this film

How did it feel to be a part of this film?

Yvette: ” My mother actually said to me, you know, it’s Disney lady in the tramp, which I which is iconic and if they want to see you audition, you’re going to go. So I went and it was awesome and Harley who I don’t believe my dog was in the film at all because of the 4 Lady doubles he was the least trainable. He doesn’t do anything I say at home, but he’s been the joy of my life. And I thought that the greatest gift of this experience would be given to be in a Disney film, which is I think everybody’s dream. The greatest gift is my fur baby. So it’s been awesome!” 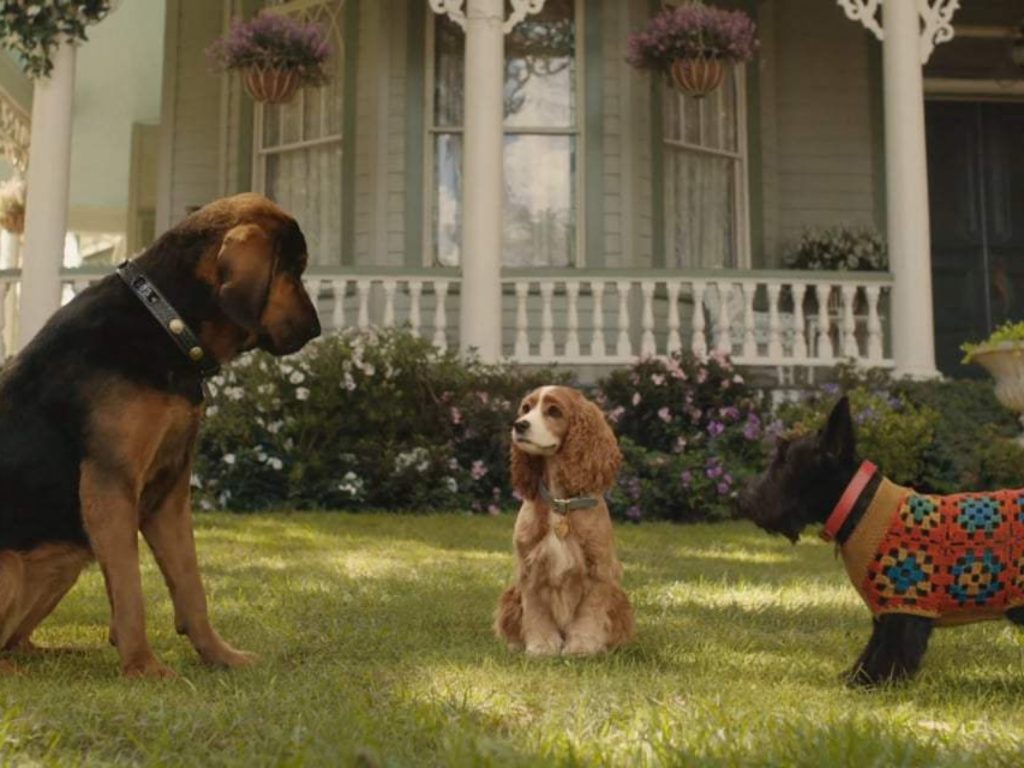 Working with the animals

Are there any moments on set that you will carry with you?

Yvette: “You know, every moment and I know this sounds really corny, but every moment was like that, because they are our actor co workers so they’re very well-trained, and they have to hit their marks and do all these kinds of things. But then when they’re by themselves and they have downtime they get to be puppies and dogs. When I would come to set before I was scheduled to work before I was in my corset, and I would just get right down on the floor with them and just play with them because I’m such a dog lover. I never had a dog because I work so much, I wanted the dog to have a good life too. I felt a dog in a cage all day or home alone is not great. But I now take care of my father who has dementia and he’s home all day and I wanted him to have a companion. I thought the dog would have my dad so I thought is the perfect time. It’s the best thing I ever did.  For me, just anytime with the dog is perfect. So that’s my greatest memory of the time and just play.”

Adrian: “The ending scene when he’s trying to take Tramp away and they say no he has a home. To me that gets me when  filming. It was an opportunity to show Elliot’s full circle in that he starts out very cold, but in the end he has that heart and understanding.”

Was anyone saying the lines for the animals? How was it acting with the dogs?

Yvette: “I don’t think that there ever was anybody saying the lines for us. They would leave space for what Lady or one of the other dogs would do. In the baby shower scene where I’m pushing Lady down, no one ever said her line. Rose (dog who played Lady) was there she did the action. We would continue, and they just built-in later on.”

Adrian: “I am a dog person. Actually, at the time of the filming we had Milo and he passed on this year. He was 14 when he did. So he had a really good life. But I thought of Milo when I was filming the movie, to try to grab him, you know? But yeah, good experience.”

How did the animals react to you in real life, since you both played mean characters?

Adrian: “A lot of TLC. We blocked the scenes with the dogs and there’s a lot of affection to them. So they understood I’m not this military like person that I’m trying to portray. It was all about the connection beyond the words, so they could trust me. So that on the day, we could just shoot it and they would follow the trainers and a big shout out to Mark and Matilda who train the dogs. They made it so easy for the rest of us to do the scenes. Because they’re behind the dogs, they’re in front of the dog, they are always right there ready to give the treats. It can be tricky, you just have to be patient.” 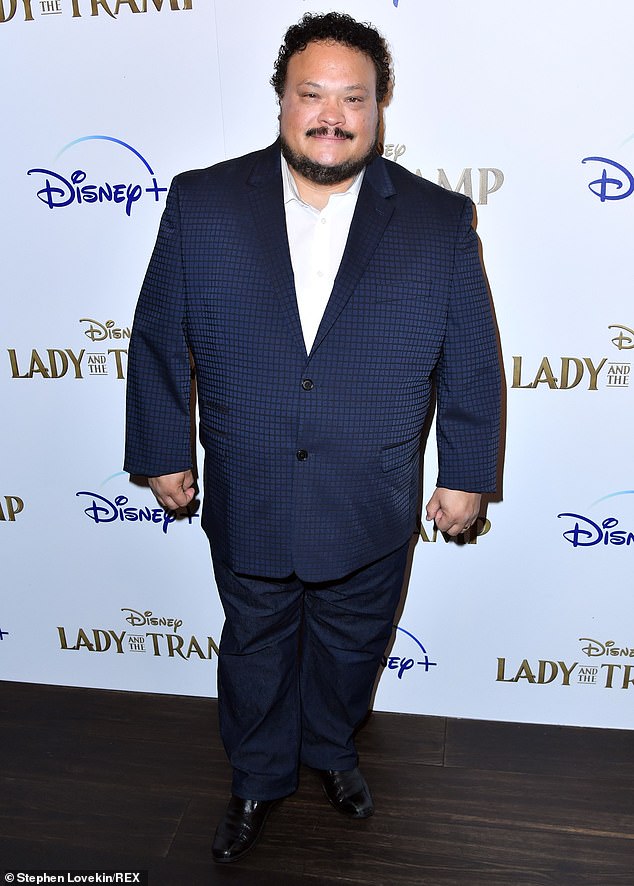 How did you make your characters more human?

Yvette: “I hope that every character I play has a little bit of heart. I hope that you can see even if it’s a villain, because Aunt Sarah was a hot mess. But if you just see through and know that she’s probably hurt, and she’s obviously alone. She’s looking for something. The scene where they leave with the baby for the first time, her line is, “I didn’t even get to hold her.” ad libbed that on set and they let me keep it. I felt like this woman is so hard but something about this new life coming into their family has got her in her car to come across town to take care of this little baby. She has love in her heart. You know, she just hasn’t found a way to get through that crusty exterior. I felt that would humanize her in a way where we’d understand that. There’s something about her that’s redeemable, you know. So I hope that that’s in every character I do.”

Adrian” “I follow the john Purcell School of acting. He’s an actor from the 70s. He was Frado in the Godfather and just a brilliant actor. He said that when he approached a role, he would try to figure out what was the actor’s greatest pain. For me when I prepared for this role, what was Elliot’s greatest pain? It was that the fact that nobody gets him. He’s just trying to maintain the order of the town. I could also imagine how isolating and lonely he was. So that grounded me for the rest of it.”

Yvette: “No villain thinks their the villain. Or they wouldn’t think they were the bad guy. If you take the role, you have to play the character that you’re given and you have to be sympathetic and empathetic to them. That’s what makes it worthwhile.”

What advice would you give people looking to adopt a pet? 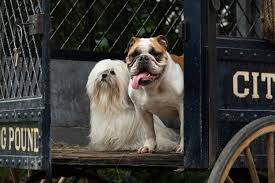 Yvette: “I think people get pets for themselves, forgetting that this is also a creature that has a life and, and feels things as well. So you have to be really honest about how much time you have, the space you have in your home. The money you have if something were to go wrong, because they’re very expensive. Animals are expensive. I would never make such a big life decision on a whim. I call him (my dog Harley) my son because I don’t have kids. The care and the love that I give this creature is what I imagine a mother would give to their children. You would not have a kid willy nilly. You wouldn’t just go out one day and bring a kid home that night. You would make sure you had a crib and you would make sure that you had food and you make sure you have diapers and you’d read some books on how to care for a child. It’s the same level of attention to detail you should put into having a pet any kind, but especially a dog because they need us so much. You know cats are very independent, but dogs live off of our approval and Harley follows me through the house and wherever I go. He walks with me. That’s a level of devotion no man has ever shown.  I would say wait until you know that you have the time and the heart space to give them a good life too.  It’s not just about you, you have to give them a good life too! “ 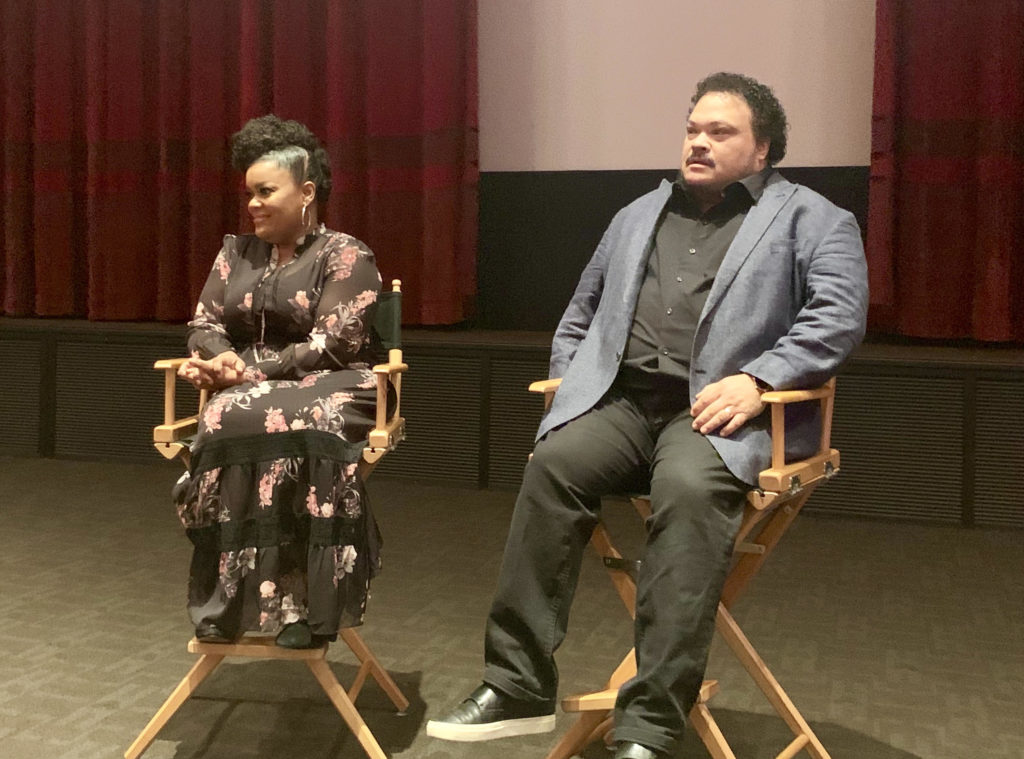 Why should people see this live action version?

Yvette: “You know, this is my stock answer for every remake when this question comes up. I think people think that when you do a remake you just go and burn over but the old one and it’s to be gone forever. Gone into the Disney vault never to be seen again. There are parts to enjoy in the 1955 classic, and the 2019 classic. I think you’ll have a love for this story and the idea that it’s a part of the family now.

Finding your tribe and watching out for your friends and fighting for what’s right. Those are universal themes that live in both of these films. So why not expand your heart and just enjoy it both ways. Not that the one’s better than the other, just two different iterations of a beautiful story. That’s the way I see it.”

Adrian: “I would just said that if you look at the world that we’re in now, there’s a lot of fighting. There’s a lot of divisiveness, there’s a lot of polarization. This will be about two different spirits, shall we say? Coming together, finding that connection. That’s an example to the rest of us that if you dig deep enough, you can find a connection, possibly even love. So this movie to me, has a lot more value than people realize.”

Watch Lady and the Tramp on Disney+ November 12th!

If you don’t have Disney+ yet what are you waiting for? Sign up here!

“One of the greatest dignities of humankind⁣ i