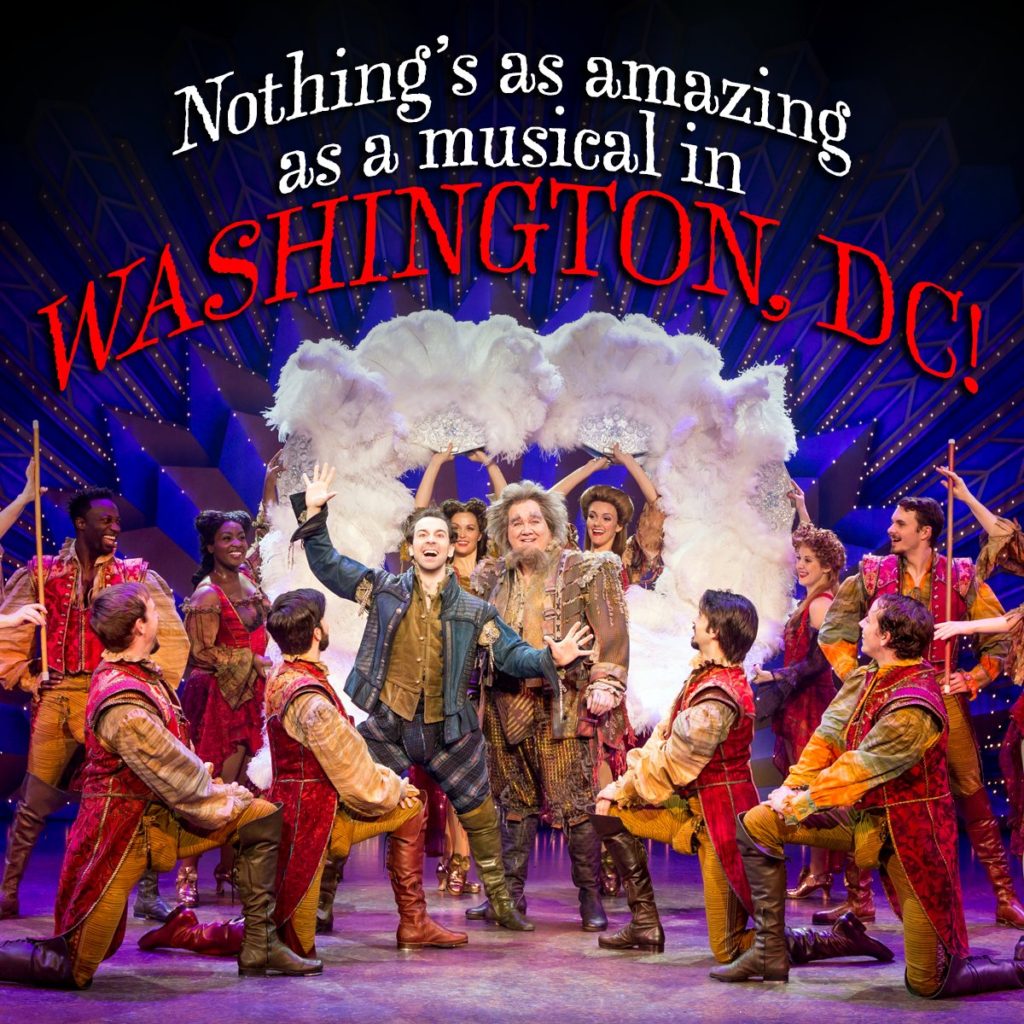 A hilarious musical about making the world’s first musical is a tale you have to see told live! My daughter and I enjoyed a night out on the town to see the opening of Something Rotten at the National Theatre. To say I belly laughed almost the entire time would be a fact! This is such a brilliant work of art that anyone who loves musicals will soon add Something Rotten to their list of favorites! 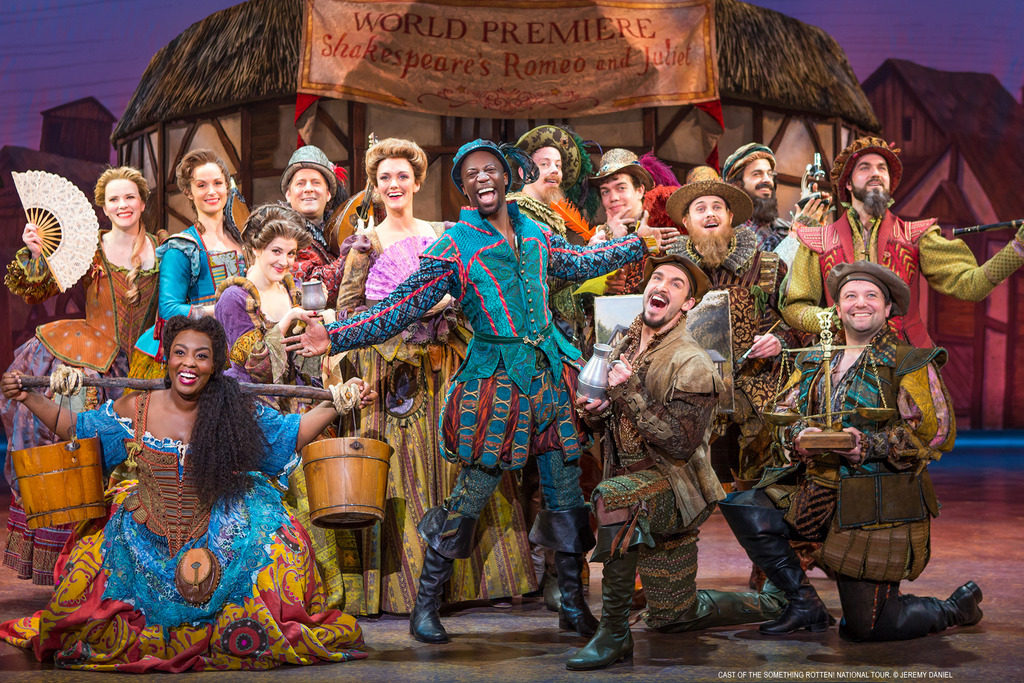 It’s no wonder that Something Rotten has 10 Tony® nominations, including Best Musical, under their belt. The show is set way back in the ‘90s – the 1590s – this funny musical tells the story of Nick and Nigel Bottom (Tony® nominee Rob McClure and Broadway’s Josh Grisetti), two brothers who are desperate to write their own hit play while the “rock star” Shakespeare (Tony® nominee Adam Pascal) keeps getting all the hits. Both McClure and Grisetti are hilarious and have brilliant comedic timing. I absolutely loved Pascal’s portrayal of Shakespeare. It is like a David Bowie meets Shakespeare crossover! One of my favorite parts of the whole show is when Nigel Bottom seeks a fortune teller to find out what the next best thing in live theater is. We find out that the future of theater involves singing, dancing and acting at the same time! That’s right, a musical! Of course, a giant Broadway musical number complete with references to your favorite musicals of all time like Chicago, Phantom of the Opera, and many many more ensues. The story is down right hilarious, the acting is superb, and the music is pure gold! The opening night crowd showed no lack of applause after each number, and ended the night with a standing ovation! 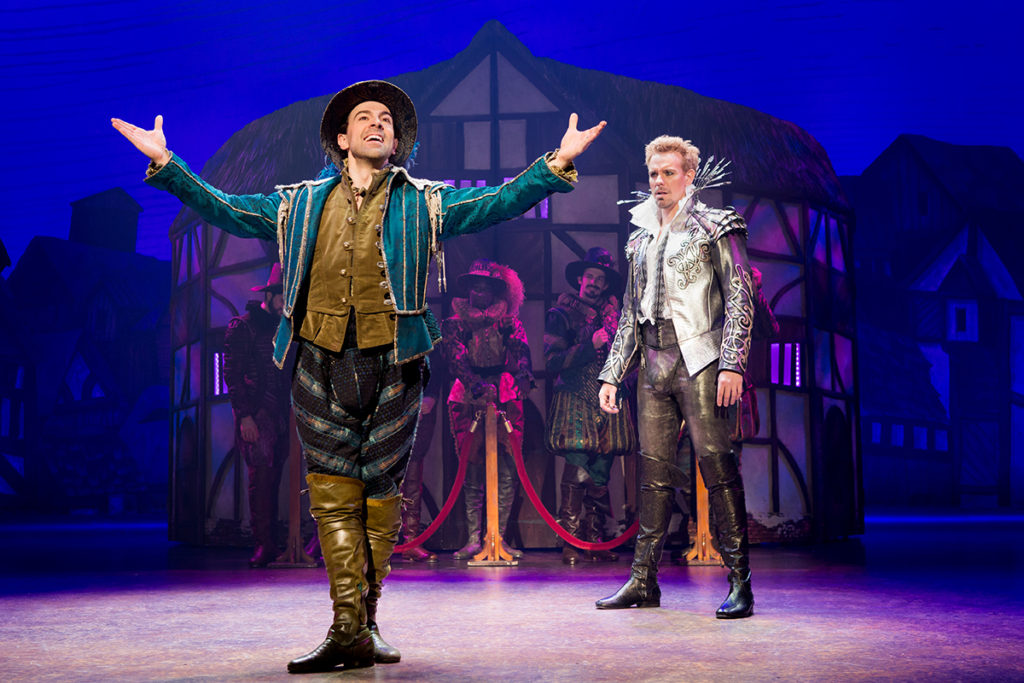 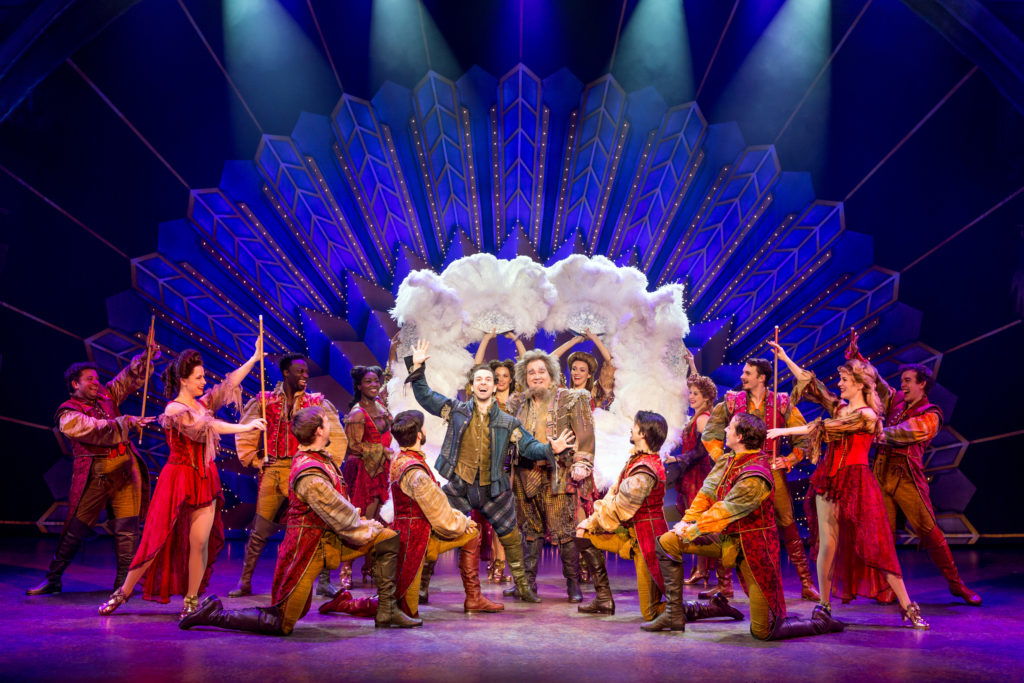 I would recommend this show for teens and up with a PG 13 rating due to some mature content. Estimated running time is 150 minutes including one intermission. You can get discount tickets by using the code BARD. Get your tickets here. Be sure to see Something Rotten while it is at the National Theatre February 6th – 18th!

I was provided with complimentary tickets to the show in exchange for my review and promotion. As always, all opinions are 100% my own.

The Big Apple Circus at the National Harbor 3/8-4/1
Star Wars: The Rise Of Skywalker A Fan Review
The Call of the Wild - Parent Review