Once you watch the DADS documentary you will instantly feel the need to rewind and write down all of the amazing advice. Don’t worry, I captured some of the best parenting advice from the fellow DADS, Bryce Dallas Howard, and Ron Howard. These are things we should truly take to heart as parents. 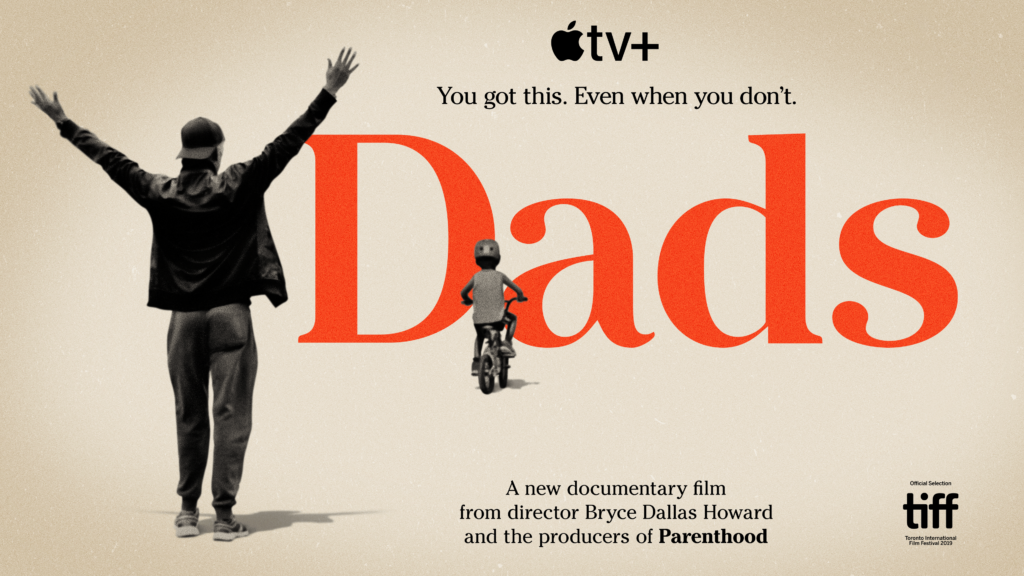 DADS explores the meaning of modern fatherhood, and takes a deep dive into parenting. Bryce Dallas Howard’s makes her directorial debut and she interviews celebrity dads including Jimmy Fallon, Will Smith as well as her brother, grandfather, and of course he own father, Ron Howard. 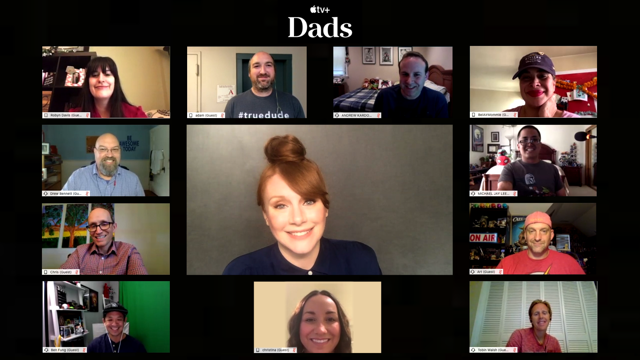 I had the pleasure of chatting with the talented Bryce Dallas Howard and she had something really special to share. I asked her what is one pieces of advice she learned from her dad, that she would hope to pass on to her own child. Bryce said” You know, this, this might the piece of advice that you wouldn’t expect necessarily. But I go back to this again and again and again. It’s advice that Alan Alda told my dad, which is, when you’re someone who’s creative, working on a project that you’re developing, and that you’re looking forward to, and that you’re hoping that you’re going to launch is something that like, it just takes all of your focus and all of your passions and all of your creativity, and if something goes wrong, you like pick yourself up again and you like, go and make it happen. It’s just that energy and that enthusiasm, that anyone who has created, anyone who works in a creative field can recognize. Alan Alda told my dad, as much as you would do that for a project you must do that for your children. And to me it’s while you would think like oh yeah, duh! It’s a feeling that you’re chasing you know when that kind of  joy comes up, you know? It is sort of…I could read him that book oh, I can’t wait till I can read him that book! They haven’t checked out this movie…oh I want to show them this! When you have those moments of excitement and when you can chase that within your family, you are actually creating something and actively creating a future which is better than any individual project would be. So that is just a great piece of advice that my dad passed on to me.” 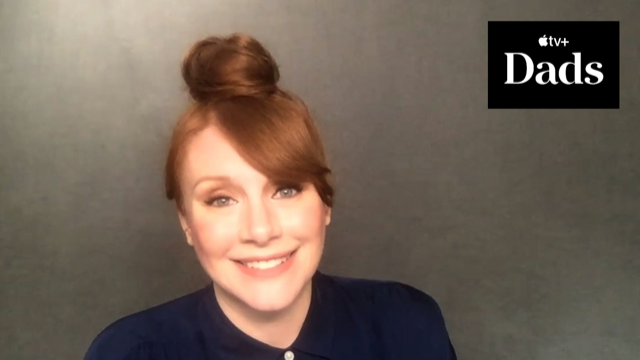 That is quite something! To have the type of excitement and drive as you would for work or a special project, to have it within your family as well. I love that so much!

Bryce also said when asked what she hopes Dads get for the film…”My hope is that this is a movie for dads, so that they don’t feel so alone.” It is so comforting to know that we are not alone in this journey called parenthood.

It’s often overlooked, but modern dads are taking a more active role now than ever. Double the number of fathers are staying home now than in the ’70s. The ranks of single dads are growing, too. If you’re going to document these new dads, Bryce figured, why not start at home? I loved her interviews within her own family. Her brother, her father and her grandfather…It is something so special.

I really enjoyed the real moments captured on screen, just as much as the real parenting advice from the celebrity dads. These are some of my favorites quotes. I honestly could include the full transcript within my favorites. It is that good! 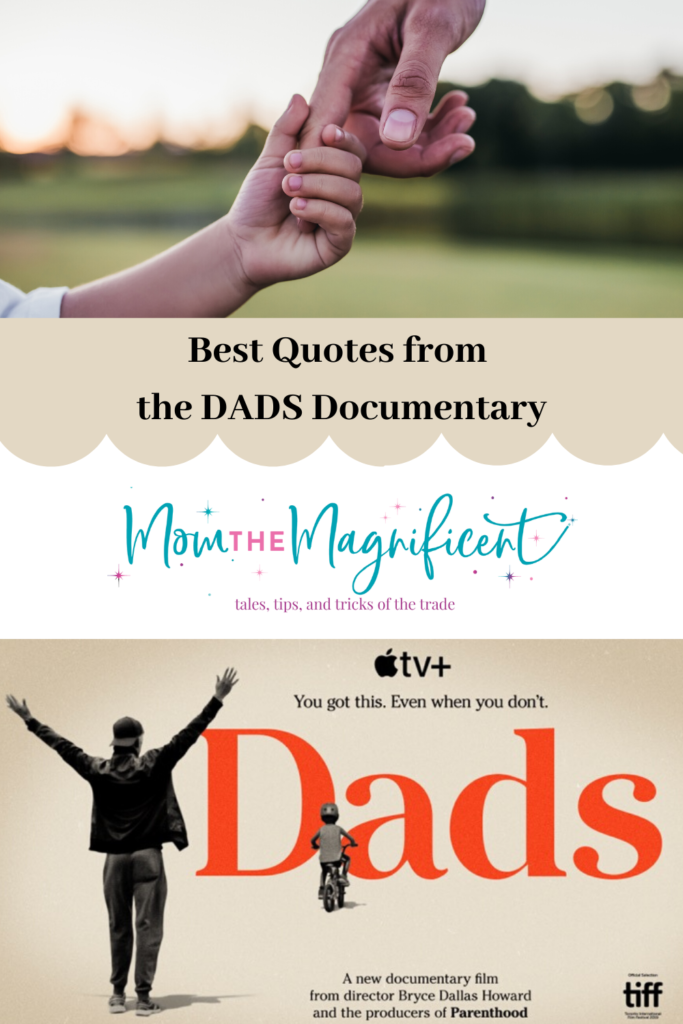 “Life doesn’t have to be perfect to be wonderful. We don’t have to make our family perfect. Just make it wonderful. That, I learned from my dad.”

“She’s Batman, and you’re like one of the wheels on the Batmobile.” – On being in the delivery room with his wife.

“You just begin to learn that part of being a dad is handling s**t and coping with it. Even if it’s not pretty, even if you’re not that good at it — lean into the job of helping to raise these kids.”

“I think a big part of the fatherhood narrative is still a very old narrative of the father goes into the wilderness… and finds supplies and kills an elk, but actually your kid wants you there.”

“Having a kid is the meaning of life. It gives you a job, it gives you a purpose. This is my purpose now. As soon as Winnie was born, I lost my name. I’m not Jimmy Fallon anymore; I’m Winnie’s dad.”

“You’re only as happy as your family is… and so you’re very vulnerable.”

« DADS ~ A Must Watch for All Parents
You’re Invited to Camp Warner Bros! »
Subscribe
0 Comments
Inline Feedbacks
View all comments