Two years after a Super Bowl win when NFL head coach Sean Payton is suspended, he goes back to his hometown and finds himself reconnecting with his 12 year old son by coaching his Pop Warner football team. Kevin James stars in this heartfelt comedy based on a true story.

I am a big fan of Kevin James and I have to say he was phenomenal portraying Coach Sean Payton. James is seen taking on a different kind of comedic role with this movie and it fits perfectly. Payton himself is more dry and sarcastic, and James delivers a good mix of that subtle comedy in Netflix’s Home Team. The movie is all about a real life football coach who is suspended from the NFL and finds new purpose and meaning while connecting with his sons football team. James said it was inspiring to talk with Payton about his journey and that spending time with his son and his sons team was one of the most rewarding experiences in his life. That’s a beautiful picture. I love the reconnecting themes throughout the movie with father and son and also Payton and his true self. We see him find his purpose and drive again as a coach and as a father. 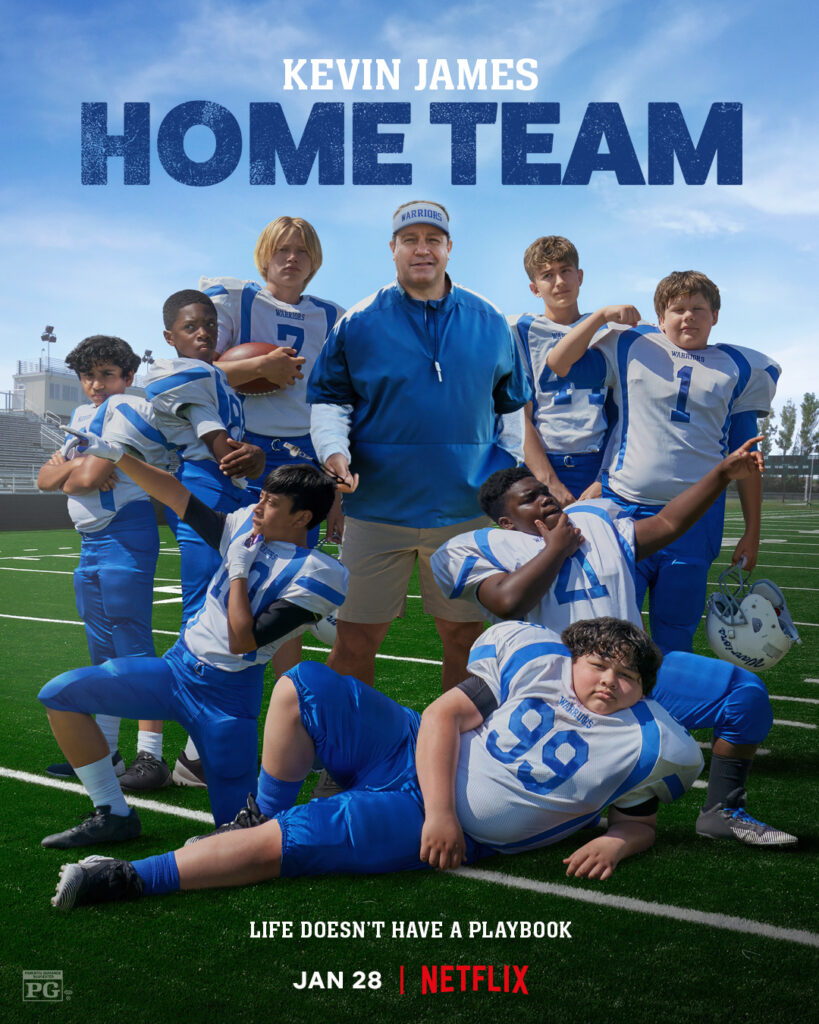 The kids in the film are hilarious and bring the laughs! James praised his young co-stars and their work ethics while on set. It is great to see Kevin James and Taylor Lautner reunite on screen again. The two previously worked together on Grown Ups. Lautner is smart and witty and has great chemistry with James on screen.

Home Team is a movie the whole family will enjoy. James hopes it will make audiences laugh and help parents remember their priorities in life and that the greatest thing you could ever do is be intentional about connecting with your kids and those around you.

We talk parenting, inspiration and football!