I’m in love with these monsters! Drac and the Pack are back, like you’ve never seen them before in Hotel Transylvania: Transformania. Now streaming on Amazon Prime Video!  This is a fun movie the whole family will enjoy, lots of laughs and a sweet message too. Grab a fun activity pack and checkout my interview with the cast!

Drac and the Pack are back, like you’ve never seen them before in Hotel Transylvania: Transformania. Reunite with your favorite monsters for an all-new adventure that presents Drac (Brian Hull) with his most terrifying task yet. When Van Helsing’s (Jim Gaffigan) mysterious invention, the ‘Monsterification Ray,’ goes haywire, Drac and his monster pals are all transformed into humans, and Johnny (Andy Samberg) becomes a monster! In their new mismatched bodies, Drac, stripped of his powers, and an exuberant Johnny, loving life as a monster, must team up and race across the globe to find a cure before it’s too late, and before they drive each other crazy. With help from Mavis (Selena Gomez) and the hilariously human Drac Pack, the heat is on to find a way to switch themselves back before their transformations become permanent. The film also features the voices of Kathryn Hahn (Ericka), Steve Buscemi (Wayne), Molly Shannon (Wanda), David Spade (Griffin the Invisible Man), Keegan-Michael Key (Murray), Fran Drescher (Eunice), Brad Abrell (Frank), and Asher Blinkoff (Dennis).

Interview with the Hotel Transylvania Cast

I had a great time at the virtual press conference for this movie. Watch what Andy Samberg, Selena Gomez, David Spade, Keegan-Michael Key and Fran Drescher had to say about the film and their favorite monsters. My question was asked to the wonderful Selena Gomez, We have all loved watching Mavis grow and mature over the last 3 films. What can fans expect from her this time around? Watch to see her answer!

It is sad to see the end of this hilarious and charming movie franchise come to an end. I sure do love all of these monsters! Be sure to checkout the last chapter now streaming on Amazon Prime Video! 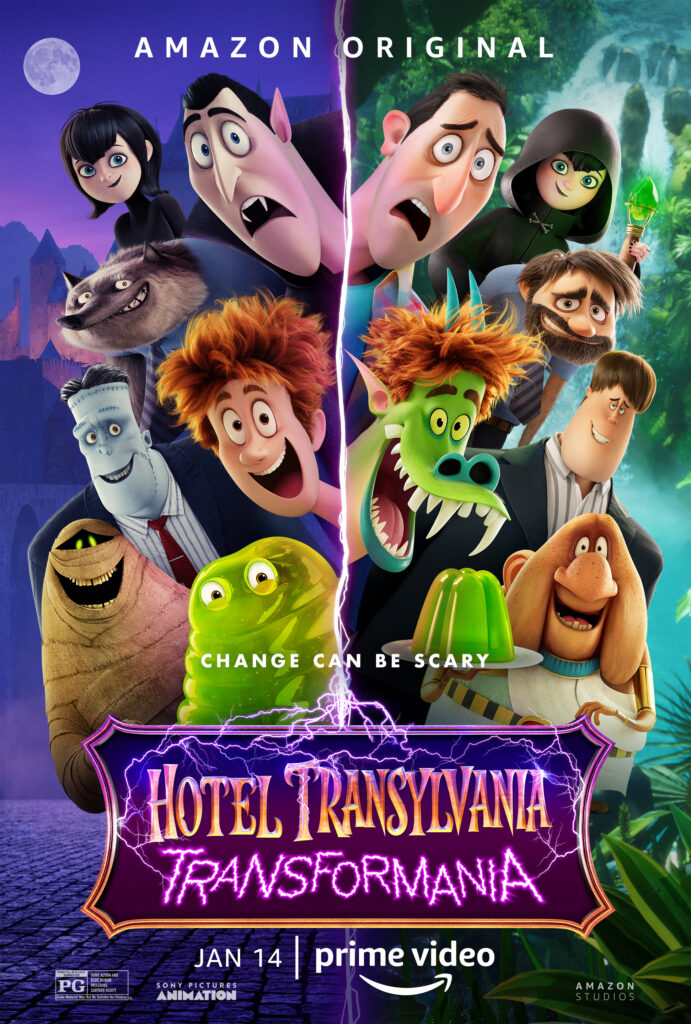 DADS ~ A Must Watch for All Parents
HOTEL TRANSYLVANIA 3-Giveaway & Activities!
THE NUTCRACKER AND THE FOUR REALMS Coloring & Activity Sheets!