It’s hard to believe but there is only a little more than a month left on the regular season baseball schedule. September is going to be a great month to bring the family to the ballpark and enjoy a Nationals game! The month kicks off with our longest homestand of the year, featuring series against three exciting NL Central teams – the Milwaukee Brewers, St. Louis Cardinals, and Chicago Cubs. And you can bet there is going to be a lot going on at Nats Park during Labor Day Weekend! Check out some of the upcoming Nats fun! 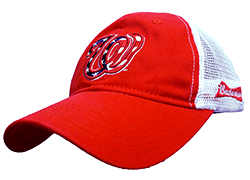 –   On Friday, August 31 against the Milwaukee Brewers, the first 20,000 fans ages 21 and up will receive a Trucker Cap presented by Budweiser.

–   The hat features the Stars and Stripes Curly W on the front! 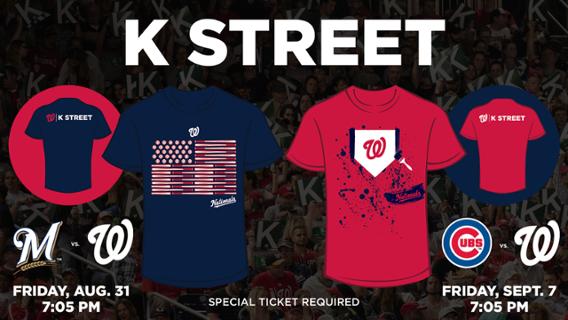 –   For the game vs. the Brewers on Friday, August 31, fans can purchase a special ticket package that includes a field-level ticket in the K St. Section, an exclusive T-shirt to wear during the game, and a ‘K-card’ to help cheer on the Nationals pitchers. 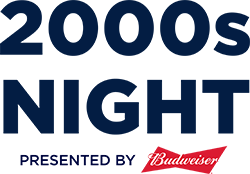 –   The Nationals are very excited for the final Budweiser Decade Night of the season, featuring entertainment from the 2000s!

–   On Saturday, September 1, Nationals Park will be transported back to the beginning of the millennium, complete with a live band in the Budweiser Terrace and DJs throughout the ballpark.

–   In addition, fans who purchase two Happy Hour beverages at the Budweiser Terrace Bar or Bud Light Loft during each Decade Night will receive a decade-themed shirt, featuring co-branding from the Nationals and Budweiser, while supplies last. 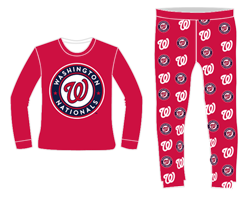 –   On Sunday, September 2 against the Brewers, the first 10,000 fans ages 12 and under will get a set of Kids Pajamas presented by Harris Teeter.

–   This is our last kids giveaway of the year so bring your families out for a great game over the holiday weekend! 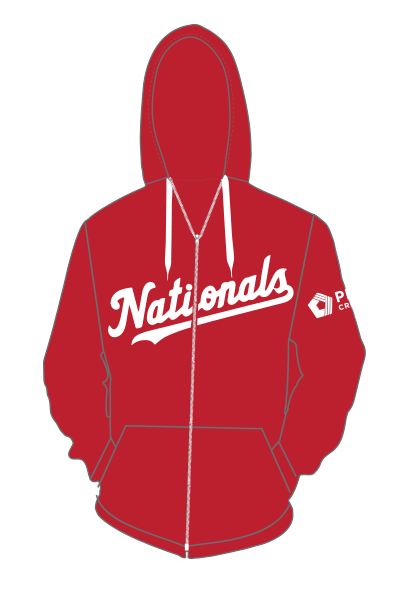 –   On Labor Day, Monday September 3 vs. the Cardinals, the first 20,000 fans will receive a Nationals Zip-Up Hoodie presented by PenFed.

–   This awesome giveaway will help keep you warm during the colder months coming up!

–   Saturday, September 8 is the return of the Taste of the World International Food Festival at Nationals Park!

–   The Nationals will celebrate Washington, D.C.’s international community with the third annual culinary event heard ’round the world.

–   With the purchase of a special ticket, fans can enjoy access to a pregame street festival with food and beverage samples from participating Embassies and take home an awesome giveaway item – a Nationals apron!

–   More info and ticket info can be found at nationals.com/Taste!

Enjoy a night out at the ballgame to see the Washington Nationals!

Girl's Night Out Screening- What Men Want
Jennifer Nettles - Broadway Under the Mistletoe
The Annual JPMA Baby Show Is Coming to Washington, D.C.