BIG APPLE CIRCUS is thrilled to announce that real-life wonder women will take the reins of the 41st season, led by new ringmaster Stephanie Monseu, for their second annual appearance at National Harbor. The show will run at National Harbor from February 14, 2019 through March 24, 2019 and will feature a new Mirror Room VIP experience leading into the Big Top tent, with craft circus treats and entertainment for all ages. 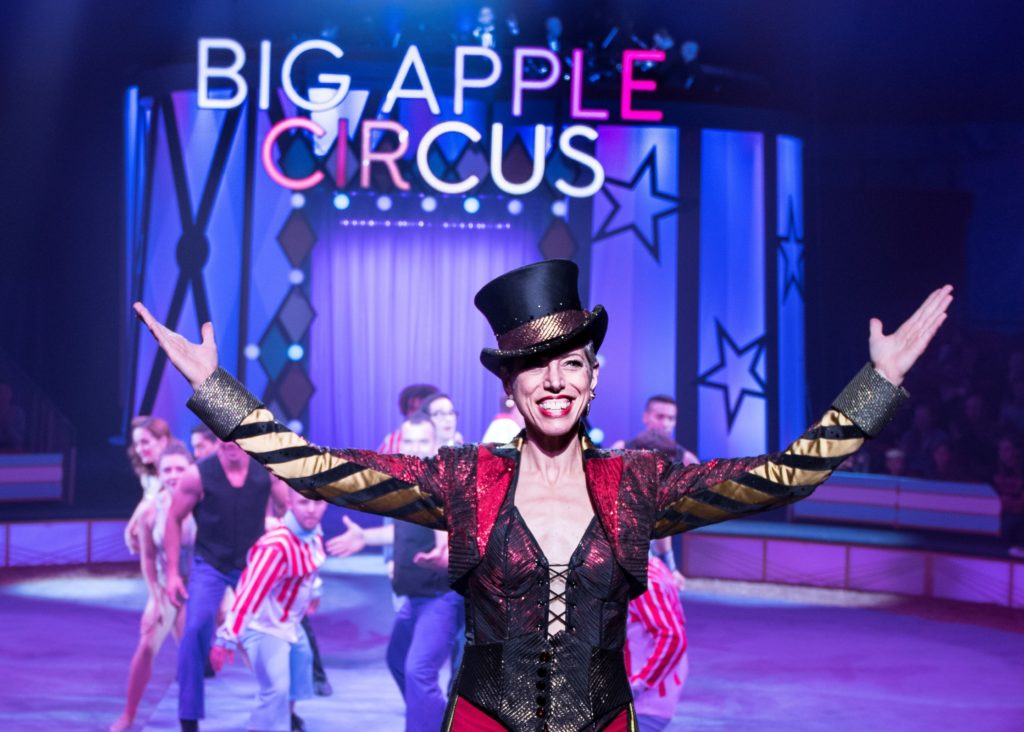 World-renowned for its one-ring, intimate and artistic style – where no seat is more than 50 feet from the performers– BIG APPLE CIRCUS is passionate about revitalizing the circus for modern-day audiences with unique and astounding human feats in the ring and enough sizzle outside the ring to entertain guests from the very moment they enter. This year, audiences will pass through the Grand Entry into BIG APPLE CIRCUS where adults and children alike will experience new pre-show thrills and sample a dizzying array of culinary delights! Upgrades to the food selection include bespoke circus classics and divine cocktail creations by one of the nation’s top mixologists Pamela Wiznitzer (three-time “American Bartender of the Year” nominee). 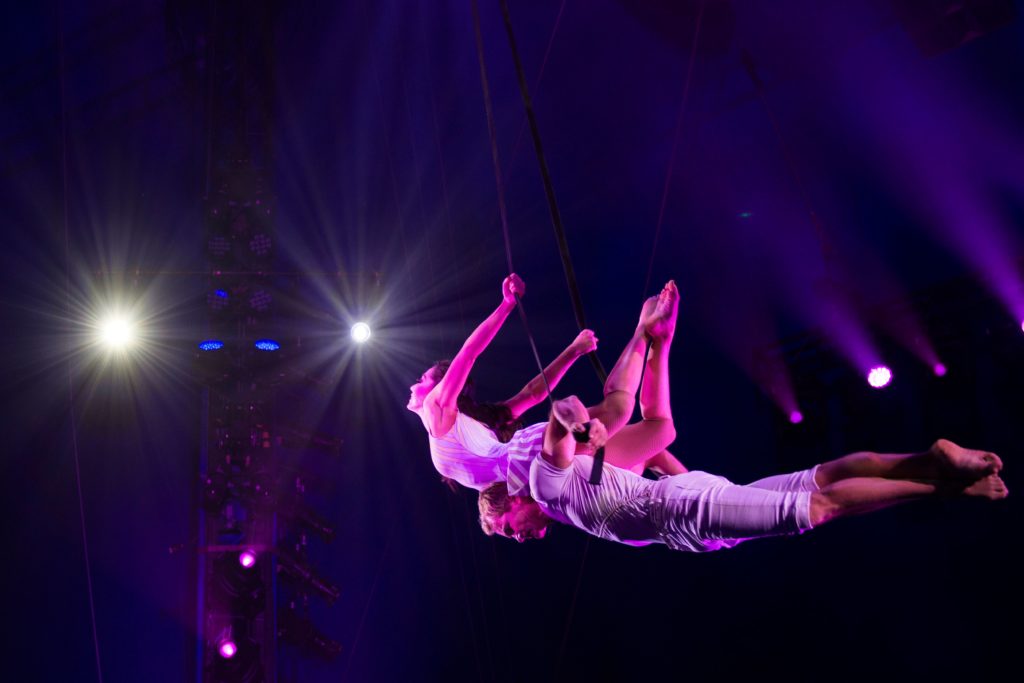 In addition to tasty bites and bevies for the general public, the VIP Experience in the Mirror Room is peppered with eye-popping fun activities and photo-ops galore. The 41st season promises another extraordinary show filled with BIG APPLE’s roster of superhero talents, ready to incite
jaw-dropping awe and sheer joy in audiences of all ages. Ringmaster Monseu will be joined in the ring by a multitude of fierce female-led acts and more, including:
• The “strongest mom in the world” Virginia Tuells & her husband Ihosvanys Perez in DUO FUSION, a breathtaking acrobatic act that combines dance, strength, flexibility and passion in which Virginia handles a majority of the lifts
• The wildly fun SPICY CIRCUS, created by Andréanne Quintal, whose team of performers will (literally) bounce off the walls in her feisty trampoline act
• THE FLYING TUNIZIANIS, a double wide trapeze act showcasing seven fliers & two catchers in addition to the quadruple somersault by Ammed Tuniziani – a feat only successfully landed by ten people in the world – alongside his wife Estefani, brothers Gamal & Dandino and more
• DESIRE OF FLIGHT, a daring and balletic dual aerial straps act
• A free-standing ladder balancing act by Emil Faltyny
• For the first time in America, the gravity-defying horizontal juggler Victor Moiseev
• Fan-favorite Jenny Vidbel, third generation circus animal trainer and seven-year veteran of Big Apple Circus
• The hilarious Mark Gindick & Adam Kuchler 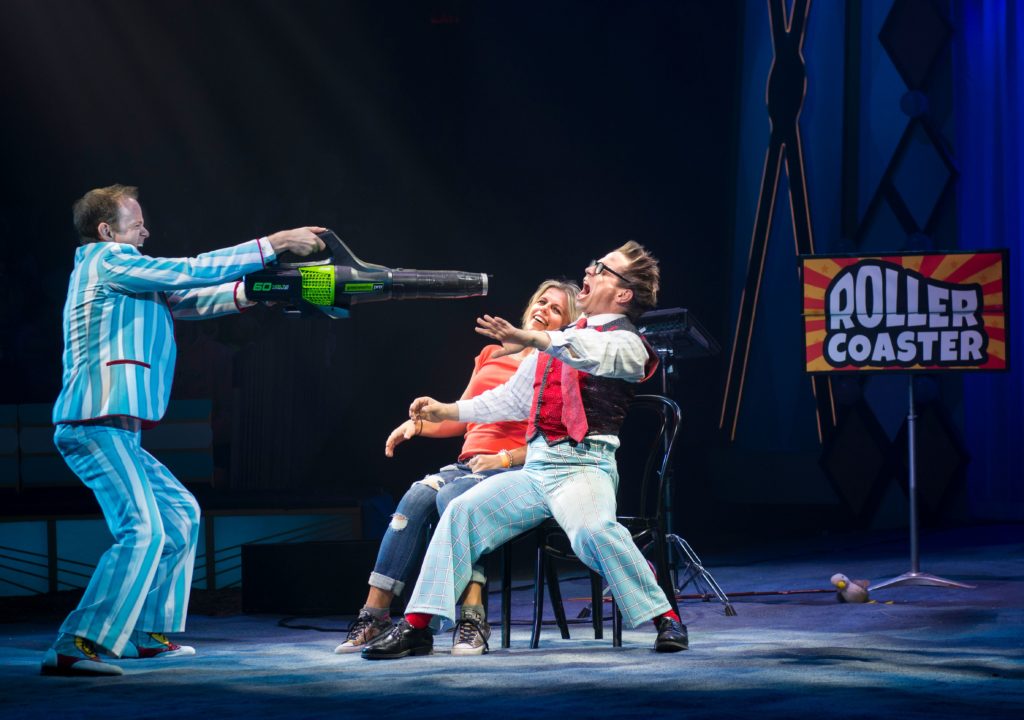 Outside of the ring, BIG APPLE CIRCUS will continue to honor the essential & iconic characteristics that has set it apart for the past four decades, with multiple community outreach programs. Circus of the Senses (March 14th) offers special enhanced experiences for audiences who are blind, Deaf or low-vision. The special performances include ASL interpretation, live audio description, pre- & post-show touch experiences and a Braille descriptive program. Sensory friendly autism performances (February 22 and 23) feature lowered light and sound levels, a descriptive social story
showing the different areas and acts involved with the circus and a “calming center” that can be accessed at any point during the show. All performances feature additional staffing and specialized entertainment to ensure an inclusive circus experience. 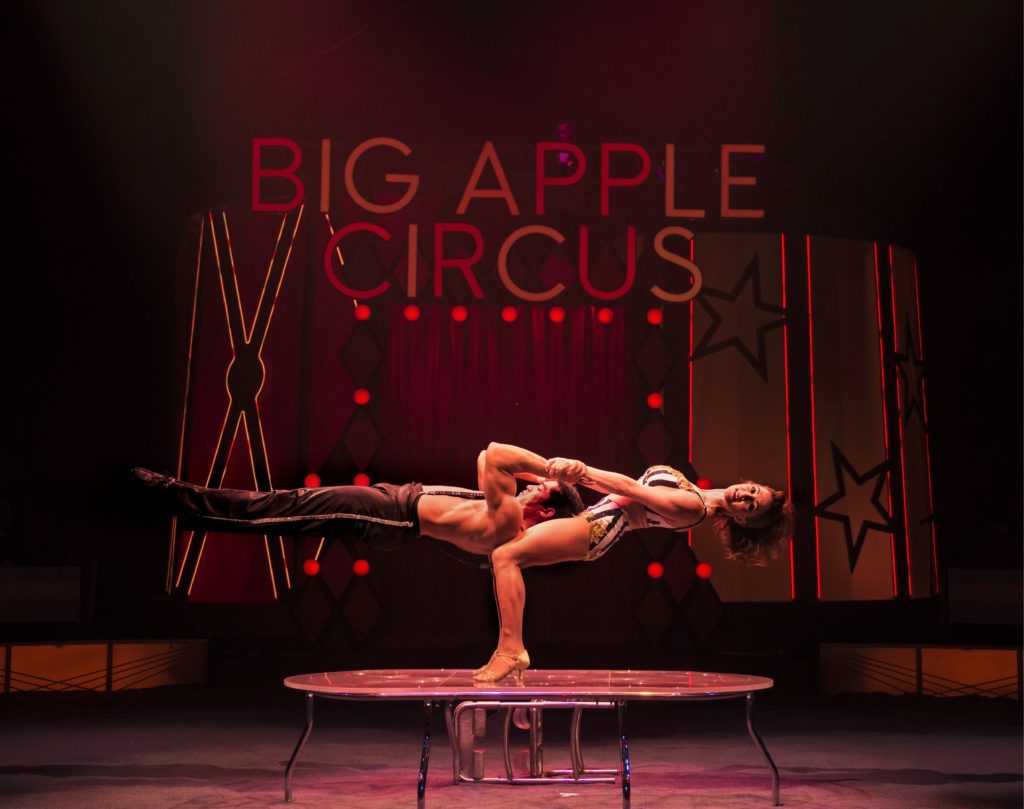 This sounds like such a fun family night out! Want to win a family 4 pack of VIP tickets to the show? Comment below and tell me what you like more, Cotton Candy or Popcorn?

Cotton candy has Always been my Favorite.

Ooh I want to go!! I like both but popcorn is my favorite 😊

Looking forward to a date night with my son. Thank you! 🤡 Popcorn is our favorite snack!

Popcorn! but cotton candy is more of a treat since I rarely get it.

Popcorn!! I can eat popcorn all day, buttery, sea salt or kettle corn!! Love all of the flavors!

I am a cotton candy girl

Popcorn all the way!!

I love popcorn the best. It goes with everything, movies, festivals, concerts, parks etc. Gotta have it 🙂

Carmel popcorn is a circus must have! A real-life wonder women event is perfect for our Sister’s week! (and you had me at divine cocktail creations!)

I prefer popcorn over the sweet, sticky cotton candy.

Popcorn!!! Love popcorn almost too much….

I’ve gotta say if I had to pick it would be the buttery popcorn.

At a circus? Definitely cotton candy! But I love popcorn too!

Cotton candy is my favorite!! 🙂

That’s hard to pick since I love both!! Thanks for the chance!!

Salty, buttery popcorn all the way!

I love cotton candy! Such a fun special treat