Teen Titans GO! To the Movies is a sensational summer hit. This movie comes packing with superheros, friendship, catchy tunes, and plenty of laugh out loud moments. My kids and I enjoyed an early screening of the movie, and I can’t remember the last time I was in a theater that laughed so much. Adults and kids seemed to think Teen Titans GO! To The Movies was hilarious. We sure did! 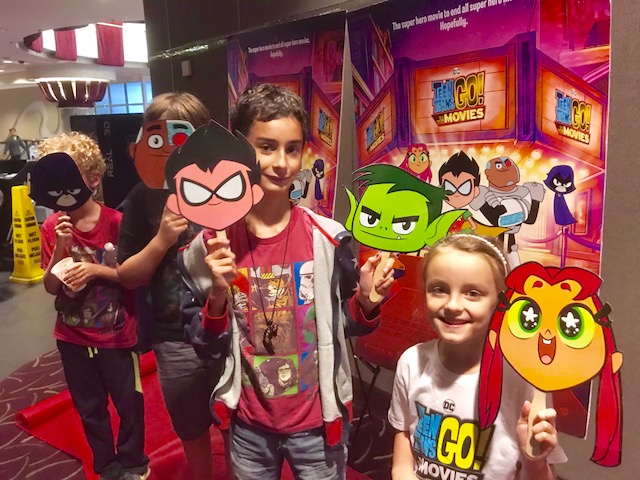 If you are not familiar with the cartoon, Teen Titans is a hit show over on cartoon network. The show follows Robin, formerly Batman’s sidekick. He has no special powers, but he does have his utility belt,  his mind, and his super power crew to help solve problems. His team members Starfire, Raven, Cyborg, and Beast Boy live together in Teen Tower, and each of them has supernatural abilities to fight a new generation of villains. 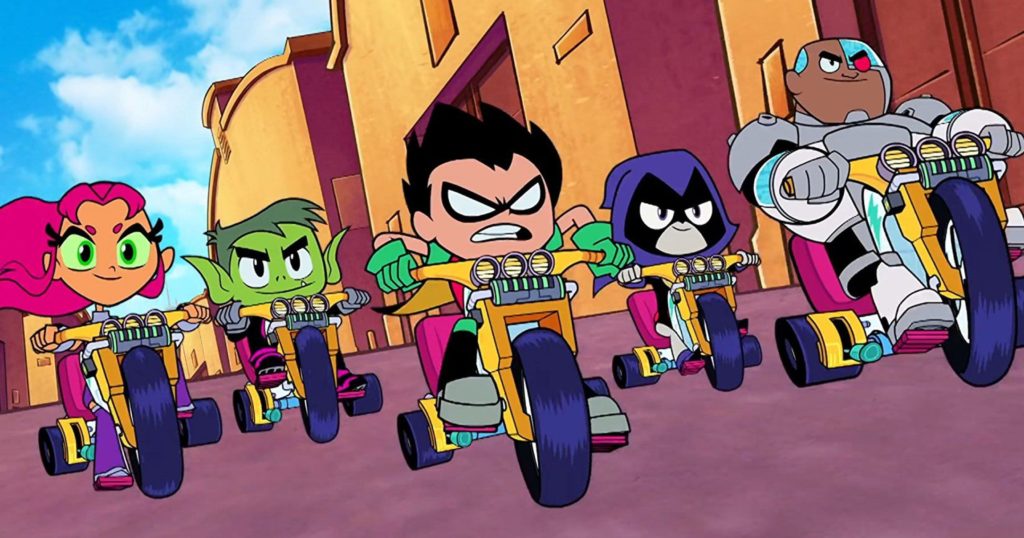 The movie focuses on the superhero genre, complete with musical numbers. It seems like all awesome superheroes have their own movie, everyone but the Teen Titans, that is!  Of course Robin is set to star in his own film, and he is willing to do whatever it takes to be seen as a star instead of a sidekick.  The Teen Titans go to great lengths to get the hot shot movie director to notice them. Things do not go as planned and a Super-Villain, Salde, and his maniacal plan to take over the Earth, interrupt Robins big movie plans. It is ultimately up to the Teen Titans to save the day! Can they do it? You will have to go to the movies and see! 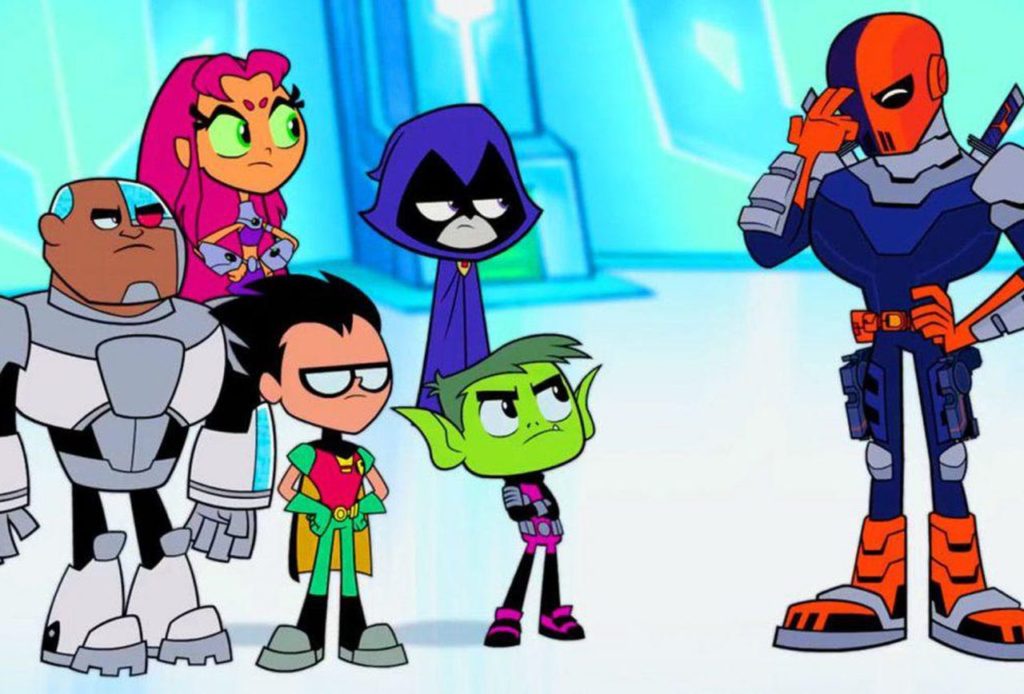 My kids loved the fun musical numbers about making a movie, following their dreams, and all of the ridiculousness in between. Yes, this movie is chalk full of silly moments, but that is what makes it fun. I enjoyed the many jokes that were meant for the parents, and the Stan Lee cameos 🙂 I think I enjoyed the movie just as much as my kids. There is an overarching theme of friendship and being true to yourself as well. Robin and his crew made sure to point out the importance of being a team player. I love a good message.

I think Teen Titans GO! To the Movies is great summer film that all ages are sure to enjoy!