I absolutely loved every second of my interview with the voice and legend herself… Miss Tara Strong! I am a big lifetime fan of hers and it was wonderful getting to speak with her about her favorite rolls, challenging ones and how she brought to life Kitty Fairy in the DreamWorks series Gabby’s Dollhouse. 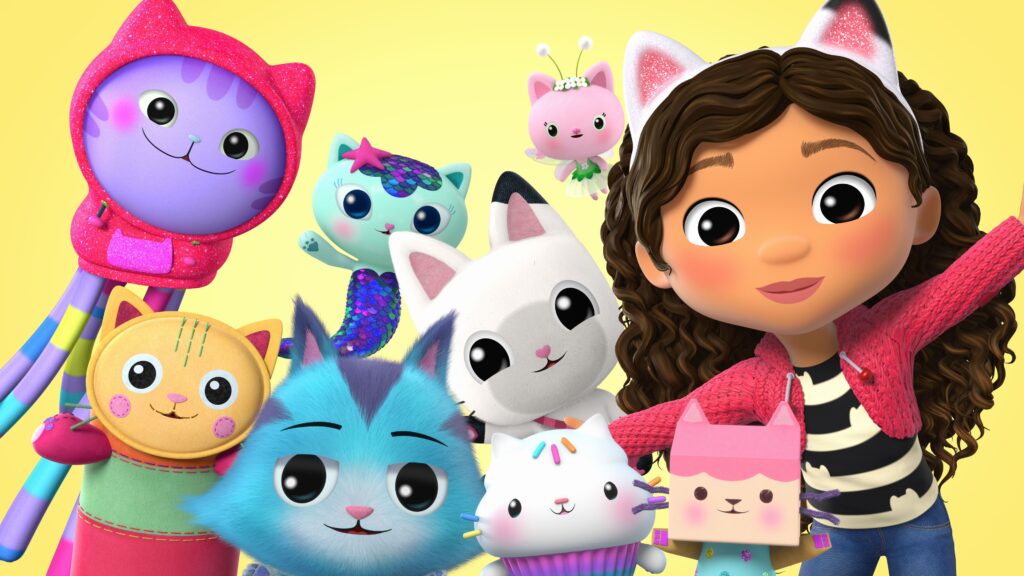 Strong has made her mark on many DreamWorks Animation TV projects such as Rocky and Bullwinkle on Amazon Prime Video, new series Dragons Rescue Riders: Heroes of the Sky on Peacock, and most recently in the Netflix show Gabby’s Dollhouse. Upon arriving in Hollywood, she quickly made her mark in several TV and Film projects including Party of Five, National Lampoon’s Senior Trip, Sabrina the Teenage Witch, and more. Strong’s extensive voice acting career also includes the voices of “Bubbles” in The Power Puff Girls, “Timmy Turner” in The Fairly Odd Parents, “Dil Pickles” in Rugrats, “Raven” in Teen Titans and Teen Titans Go, the title role of Unkitty as well as several roles in Family Guy, Drawn Together, Rick and Morty and Futurama. Additionally, she provides the voices for “Batgirl,” and “Harley” within the DC Universe, voiced “Boh” in Spirited Away, and starred as the voice of “Melody” in The Little Mermaid II: Return to the Sea.

In her latest role as Kitty Fairy on Gabby’s Dollhouse, Strong shares why she was attracted to the role and what she thinks kids can learn from Kitty Fairy.

In season three, Gabby, Pandy Paws and all their kitty friends are jumping back into Gabby’s Dollhouse! With cat-tastic dollhouse deliveries and a little bit of imagination, the friends will check-in at The Dollhouse Hotel, become medieval knights-in-training, visit the wild west, and even find a way for a plain old banana to turn a rainy day into a magical one!

I love how this show encourages the use of creative thinking and using your imagination. As Strong said, it is so adorable and she hopes kids will learn “Its’s okay to make mistakes, there are multiple ways to get certain tasks done, working together and allowing people to do what they do best to be apart of the great puzzle.”

Season 3 of Gabby’s Dollhouse is on Netflix Now!