Are you ready to rock? Let me tell you, if you plan to see School Of Rock – The Musical, you will have no choice! SCHOOL OF ROCK is a New York Times Critics’ Pick and “An inspiring jolt of energy, joy and mad skillz!” (Entertainment Weekly). Based on the hit film, this hilarious new musical follows Dewey Finn, a wannabe rock star posing as a substitute teacher who turns a class of straight-A students into a guitar-shredding, bass-slapping, mind-blowing rock band. This high-octane smash features 14 new songs from Andrew Lloyd Webber, all the original songs from the movie and musical theater’s first-ever kids rock band playing their instruments live on stage. Chicago Tribune raves, “SCHOOL OF ROCK offers us a chance to be kids again, only with more talent than we ever had.” 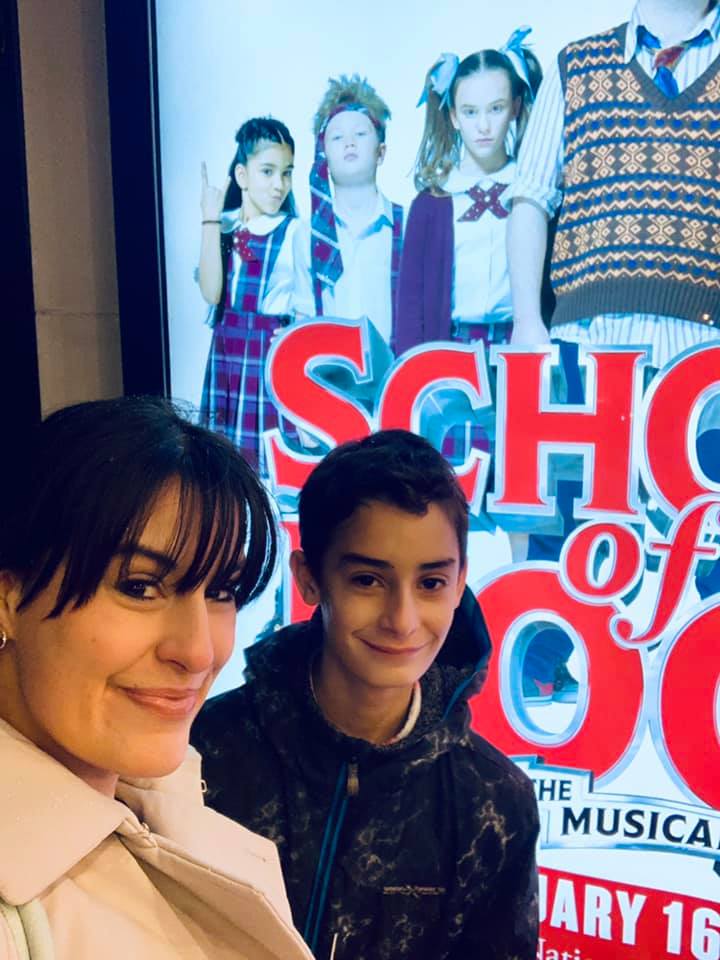 My son and I enjoyed attending a show at the National Theatre in DC, and it was a night to remember! My son and I both have a big appreciation for rock and roll music, so I knew going in that we would love this show. I also love the movie, and thought the musical told the story very well. The show delivered plenty of head bobbing, toe tapping tunes! My favorite stand out characters were The Principal, Dewey, and the talented the kids. Incase you were wondering, yes, they play their own instruments live, at every show! 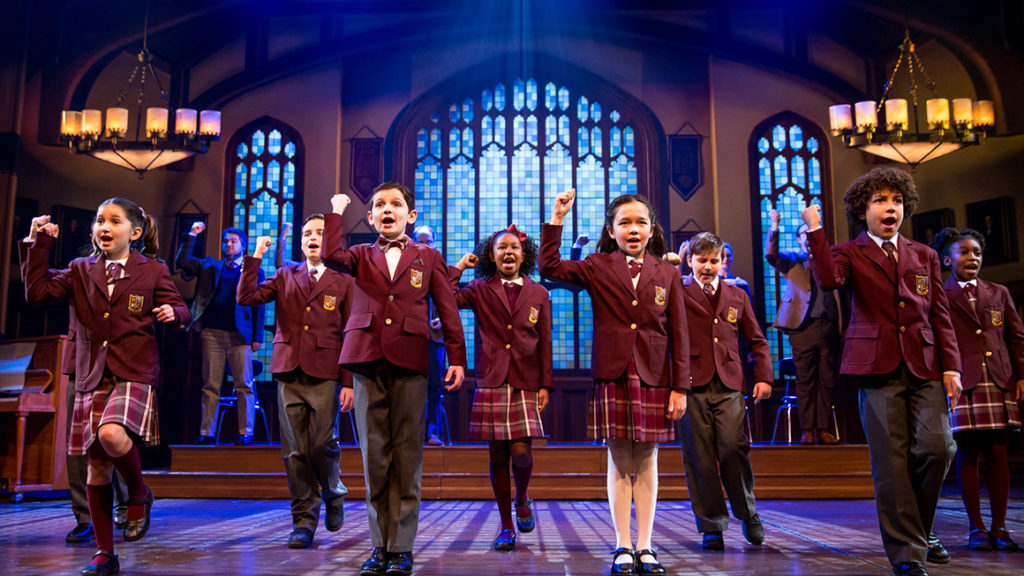 The show run time is about 2 hours and 30 minutes. I would recommend it for kids ages 10 and up. There is some mild language, and jokes intended for adults. Overall it is kid friendly and those jokes ogo over the kids heads. Bravo to the touring cast on delivering such a high energy show! If you have a kid who is into music, do not miss School of Rock – The Musical!

I also have a discount opportunity to share! For Kids Night only, buy one ticket, get one ticket free with code DRUM (discount takes 50% off all tickets purchased in quantities of two or more, excludes premium seats).  The fun will last all night with a special homegrown School of Rock musical performance at the Hard Rock Café DC from 5-6:30pm! Enjoy happy hour specials on dinner and drinks before the show, and embrace the power of ROCK as you watch local kids strut their stuff on stage. Then at 6:30, everyone will make their way over to The National Theatre to test out their chops in the musical petting zoo on the second floor Helen Hayes Lounge! This is a great opportunity for all children to try out an instrument, and perhaps be inspired to become a musician themselves! Finally, the main act and catch the show at 7:30pm! 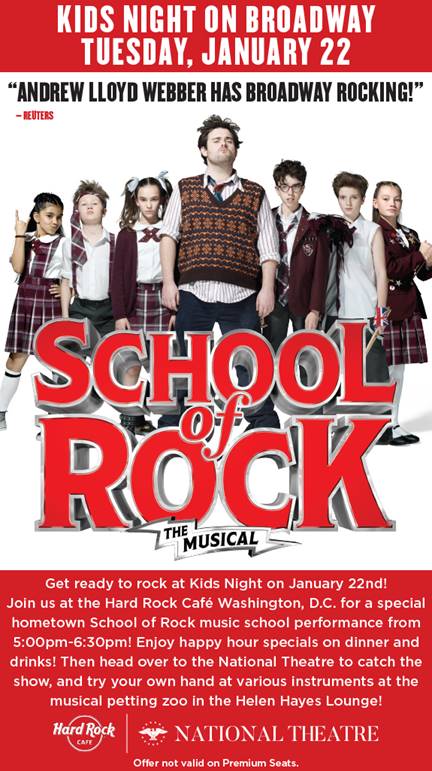 SCHOOL OF ROCK is playing Wednesday, Jan. 16 – Sunday, Jan. 27 at The National Theatre

I was provided with press tickets to the show. As always, all opinions are 100% my own.