Have you seen Frozen 2 yet? It lives up to all the magic and hype, and I may like it more than the first one! Yes I said it. There is something so special about this film and the message it conveys to children and families. I can’t wait to watch it again, but until then I wanted to share my top 5 favorite moments from Frozen 2 with you!

I wanted to share these amazing moments from the film and how they made myself and the cast members of Frozen 2 feel! It was incredible to hear directly from the cast and filmmakers at the press junket. 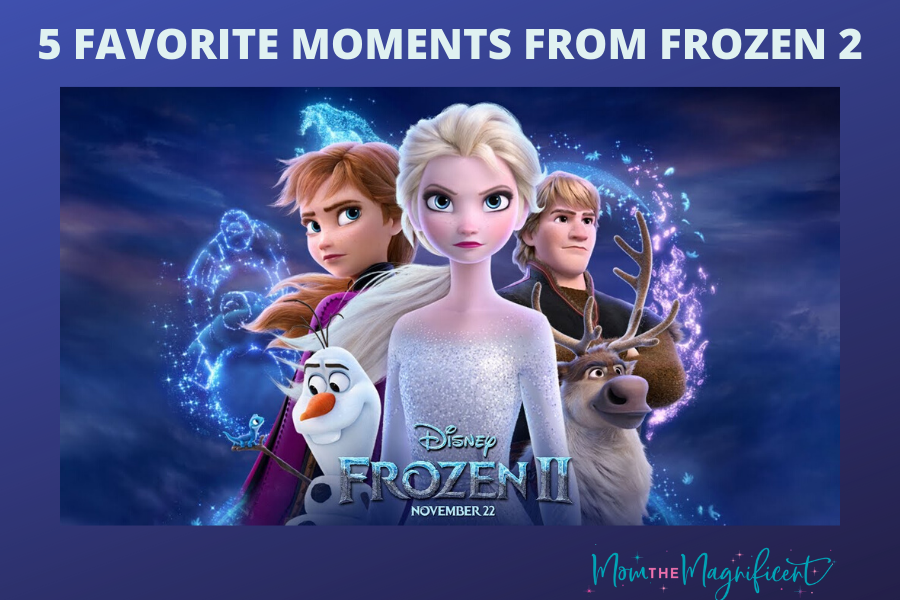 I think Evan Rachel Wood is a great choice for Queen She has such a pretty voice and a tenderness about her. I loved seeing the two little princesses curl up on their mommy’s lap. This is such a sweet memory for the sisters to look back on. The fact that the voice calling Elsa turns out to be the voice of her young mother is full circle perfection.

“Disney raised me… These films are just living breathing works of art, and there’s so much love and care poured into all of them,” Wood said. She’s one of the newest cast members, joining the Frozen family as Queen Iduna, Anna and Elsa’s mom, in Frozen 2.

“I’ve been singing Disney lullabies to my son since he was born, so to be welcomed into the Disney family is already huge, and then to be given a Disney lullaby of my own was… I’m still processing it,” Wood said.

Kristoff’s Into The Woods

This song is everything! I love how in 2019 little boys can watch a movie and see a lead character express his deep and real feelings! This is so important for kids to see their feelings are real. I loved everything about this tribute to 80’s rock ballads of the past. The lyrics, and graphics are so on point. It’s funny, yet packed with a powerful message. Well done Disney, well done.

“Dare I say, it’s one of the best, or at least one of the top three moments of the film,” said Kristen Bell. Josh Gad said that Kristoff’s song is “the funniest song in Disney Animation history.”

Kristen Bell explained how Kristoff is a phenomenal role model, as well: “We talk about female empowerment, it’s led by two women, but I personally think that the representation Jonathan gives for the guys is out-of-this world.” Wood added that Kristoff is “Prince Sincere, not Prince Charming.” So true!

The Next Right Thing

I love this moment and song so much. It is beautiful, sad and yet hopeful all in the same few minutes. It was hard to see Anna so sad and alone. Yet again leave it to the music to speak loud and clear. When you are lost and feeling all alone, don’t think about the future, the next year, just focus on doing the next right thing. Right there in the moment, do the next right thing. Not make a life plan or a list of goals, do the next right thing. Another message that is important to hear, you don’t have to have it all figured out to keep moving forward.

When Anna becomes Queen of Arendelle

This is so special and so perfect. Elsa was never meant to be a Queen forever. She did what she needed to do in the moment, but she never wanted to be trapped inside those castle walls. Afterall, she is the fifth spirit and she was made to be free! Anna has demonstrated many incredible leadership qualities like determination, leadership, and care for others. She is a strong women ready and excited to take on the challenge. The fact that Elsa knew her little sister was the right one for the job, and that it was her idea, was just so perfect.

During the press junket Kristen Bell said “I remember the moment that I found out that that scene was written. I couldn’t believe it and yet it felt exactly right. The way that it felt right was so perfect. If we had written it where Anna had wanted to be Queen, it wouldn’t have worked. That’s not Anna. Anna the whole movie is working on her codependency. She doesn’t know what to do when shes alone. And I know that feeling very well. It’s real easy to live for other people and then when you’re alone in the house you’re like what do I do?” 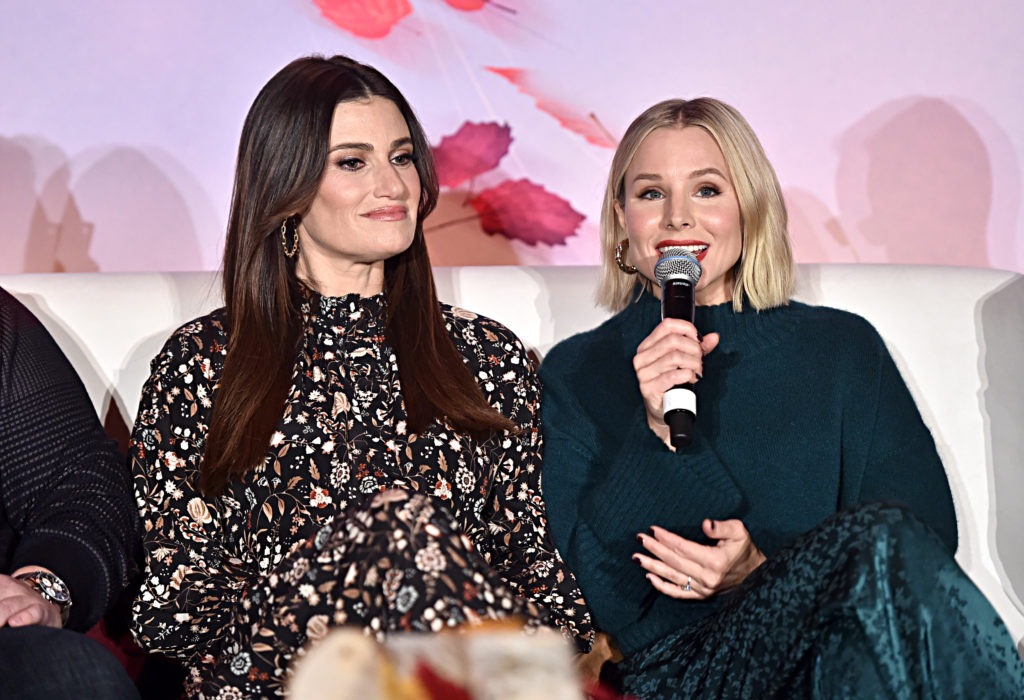 The fact that they wrote it as Elsa’s idea was this beautiful gift that matched Anna’s belief and drive in saying ‘Elsa, you’re ideas are crazy and weird and also I’m going to stand right next to you while you try to accomplish them. It’s this ultimate belief in people.” – Kristen Bell

Every single scene Olaf was in, especially the when I’m older scene

Okay that is not just one moment, but this snowman is a scene stealer! I love how we got to see Olaf on this journey of feeling happy, confused, sad, angry and so on. Josh Gad shared his thoughts on Olaf growing up.

“My oldest child was sitting at the table one day, and all of sudden tears started streaming down her face. She looked my wife and me and goes, What if I don’t want to grow up?’ Gad recalled. “It was so unbelievable, because I think we all have had that experience as kids.”

Gad continued, “That is the way I feel about Olaf in this movie. In the first movie, he was this innocent ball of naiveté who was willing to basically go out into the summer sun because he didn’t know any better, and in this movie he’s almost gone from toddler to fully grown child. Now, he’s starting to ask those questions that don’t always have easy answers, and from a comedic perspective, there was so much to play with.” If you have a child you can relate to Olaf in this movie so much! Curious minds, learning and experiencing life ask all the questions.

Check out the lessons families can learn from Frozen 2 here.