Calling all movie and tv buffs! I don’t know about you, but I have always wanted to visit a real life movie set. I love watching movies, going to the movies, reading about movies… I am obsessed with the entertainment world, and visiting the Paramount Studio Lot was a dream come true for me! I saw so many cool things, I came home planning my next visit 🙂 Check out some of my favorite things I saw while on my Paramount Studio tour! 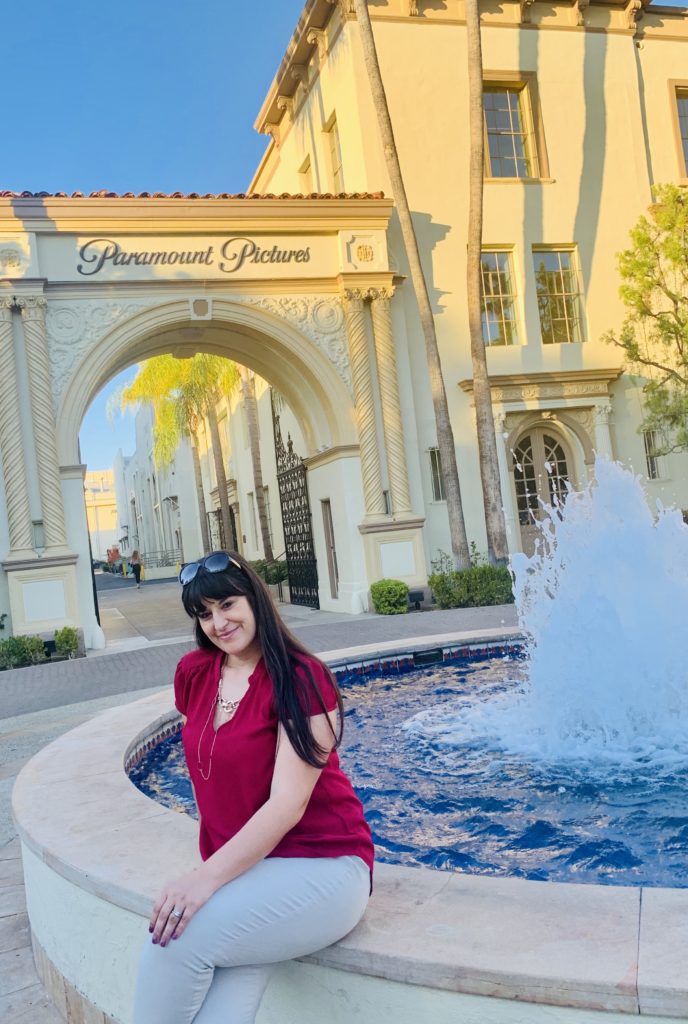 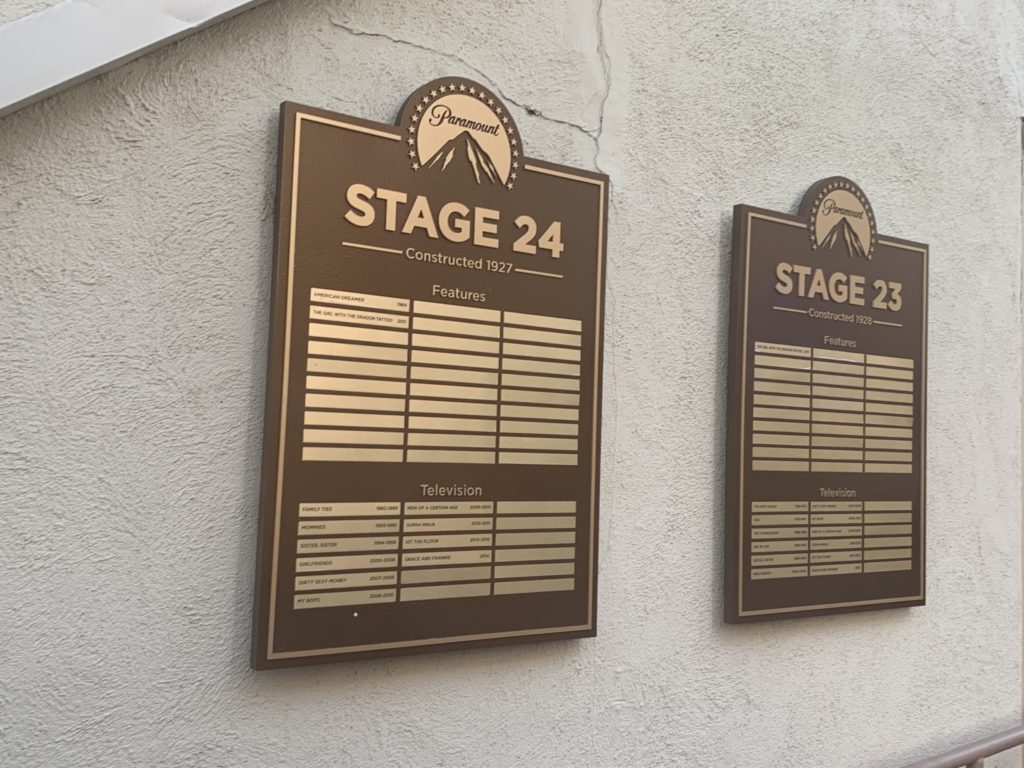 Did you know this is the oldest and last major studio still located in Hollywood, and is the setting of such iconic TV shows as “Cheers” and “I Love Lucy”, and movies such “Sunset Boulevard” and “The Godfather”? 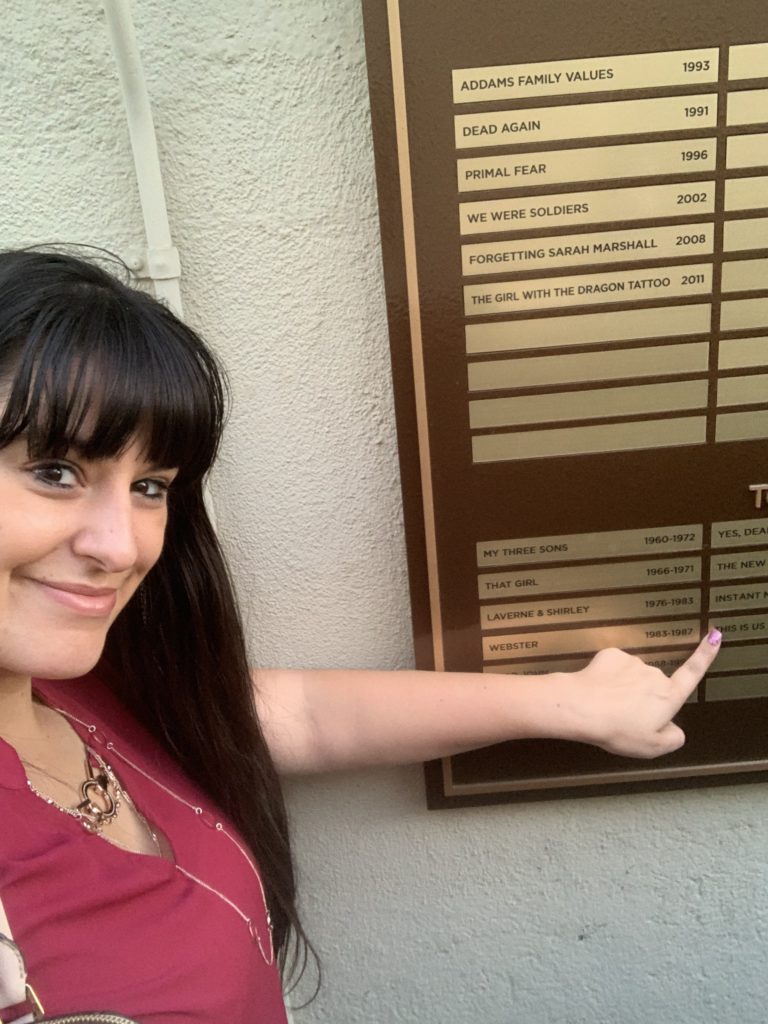 On the Paramount Studio Lot they shoot tv shows, commercials and movies. I got to actually walk on the soundstage of Netflix’s Grace & Frankie. It was really neat to see the full size house set they use. I loved seeing how they did the beach scene with special effects.

I also got to peek inside of the This Is Us set. I believe it was Jack and Rebecca’s house when the big 3 were little. It was so neat! Since these are working sets, no photos are allowed inside. I have so many mental pictures of what these cools sets look like from behind the camera now.

Walt Disney showed the first full showing of Snow White and the Seven Dwarfs here at the Gower Theater. Talk about a piece of history. It is really amazing to stand in the place where these special events happened.

Yes, iconic scenes from King Kong were filmed on the Paramount Lot. We saw the actual spot. Did you know that actress ribs broke when King Kong grabbed her, so her scream was real since she was in intense pain!

Behind the scenes water effects 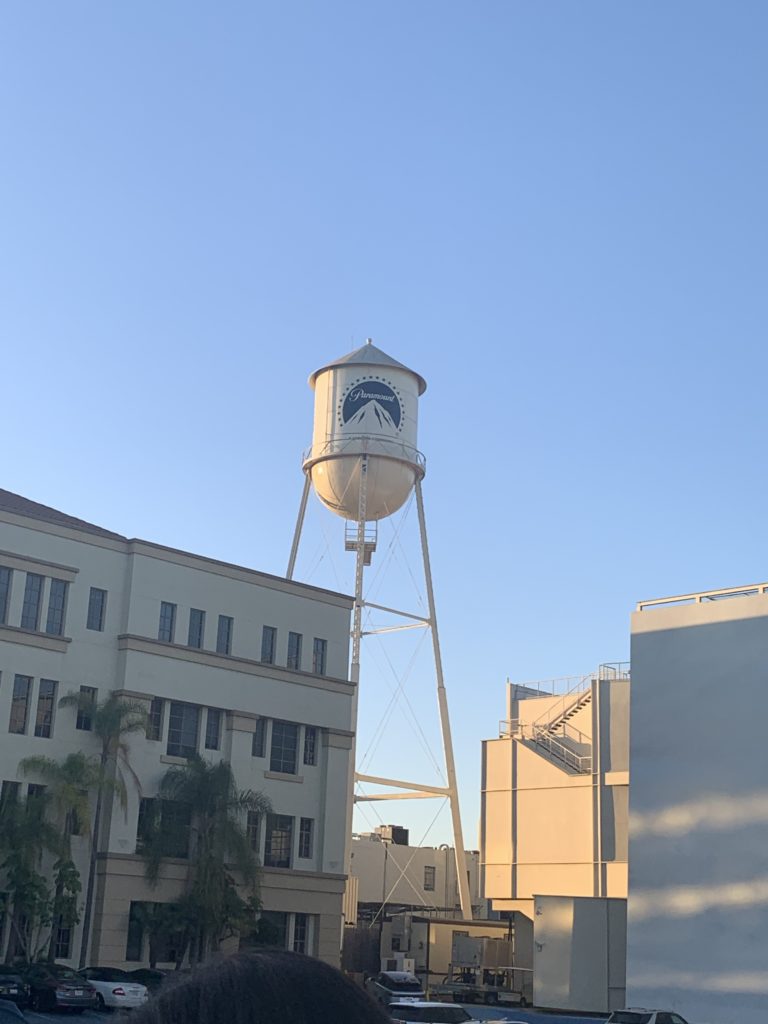 You always wonder how movies get their cool ocean scenes done. Sure some got to the ocean and film on location, but some empty out this slanted parking lot and fill it with water. Yes that’s right, movie magic is made with the Blue Sky Tank. Since the blue sky of Los Angeles doesn’t look good on film they have a backdrop that is used to give the sky more dimension. They can fill up the area with water to film “ocean” scenes. An episode of “Scorpion” where the characters were stuck on a buoy is a good example, but also Star Trek 4 and The Truman Show were filmed here.

A warehouse of cool movie props 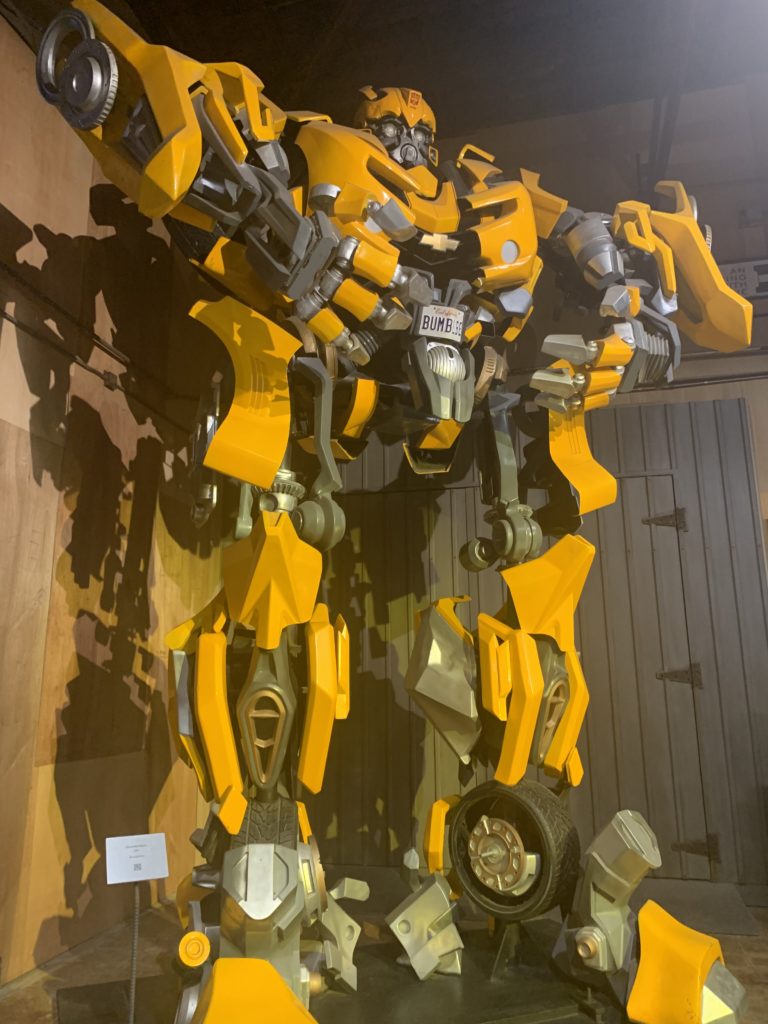 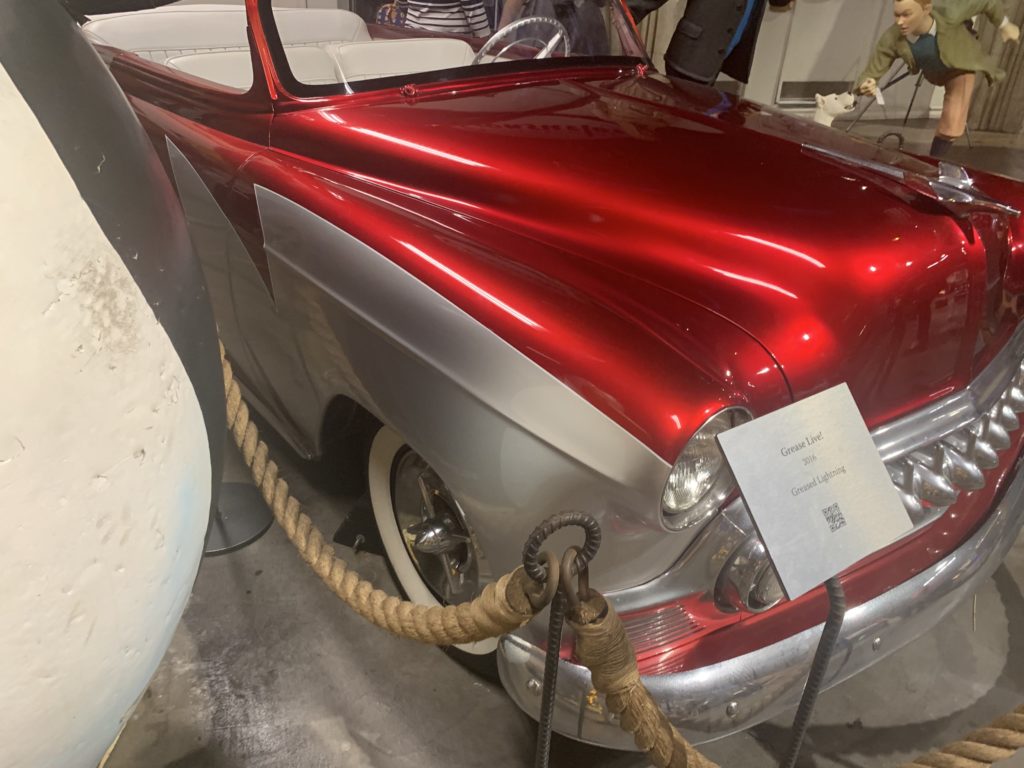 This was a movie lovers dream. They had so many amazing props here! It is a warehouse just full of the real props from movies and tv shows. Some of my favorites to see were Bumblebee from Transformers, the car from Greece Live! and a Star Trek Portal! Talk about geeking out, I was in movie heaven!

Schedule Your Own Tour 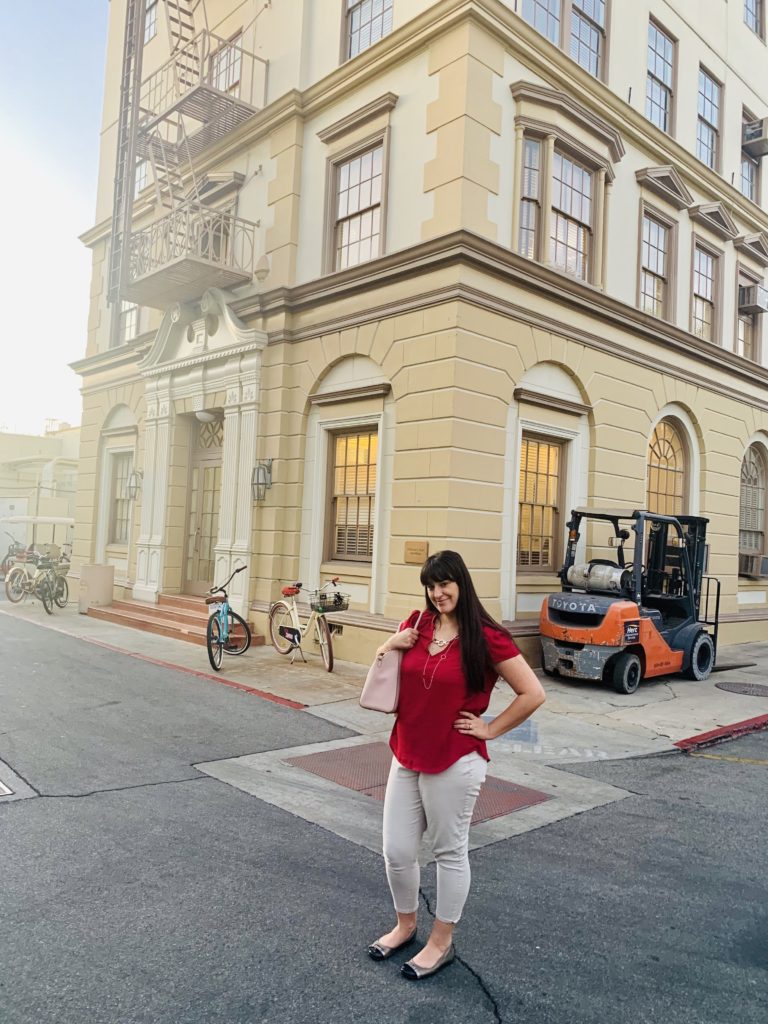 Anyone can do the studio lot tours. I would definitely recommend it. he tour lasts about 2 hours and there are so many amazing photo opps! The tour guide give you all kinds of fun facts and historical tidbits. I would love to come back and do it again! Get more info on Paramount Studio Tours Here!