A hauntingly beautiful book brought to life on the big screen, Where The Crawdads Sing is in theaters now. This book left me with a pit in my stomach and the movie did this story justice. It was beautifully shot and the storytelling was pure magic. 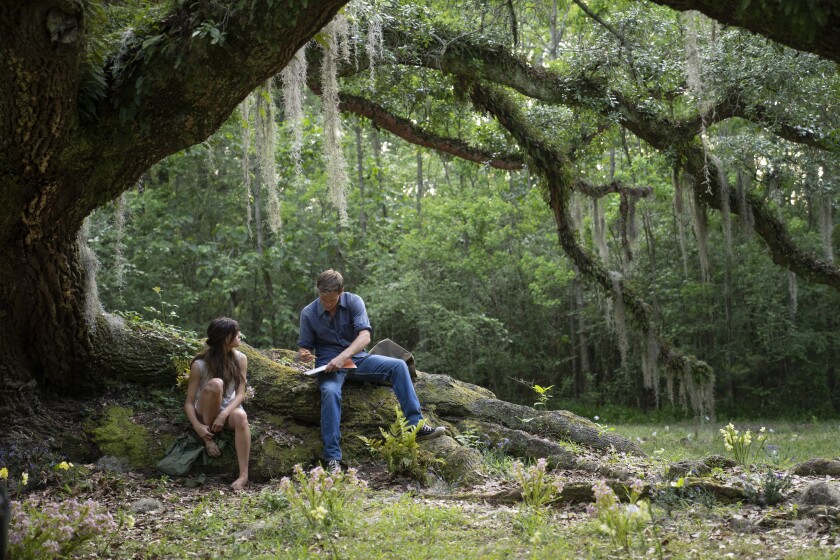 From the best-selling novel comes a captivating mystery. Where the Crawdads Sing tells the story of Kya, an abandoned girl who raised herself to adulthood in the dangerous marshlands of North Carolina. For years, rumors of the “Marsh Girl” haunted Barkley Cove, isolating the sharp and resilient Kya from her community. Drawn to two young men from town, Kya opens herself to a new and startling world; but when one of them is found dead, she is immediately cast by the community as the main suspect. As the case unfolds, the verdict as to what actually happened becomes increasingly unclear, threatening to reveal the many secrets that lay within the marsh.
Where the Crawdads Sing stars Daisy Edgar-Jones (Normal People) as “Kya Clark,” Taylor John Smith (Sharp Objects) as “Tate Walker,” Harris Dickinson (The King’s Man) as “Chase Andrews,” Michael Hyatt (Snowfall) as “Mabel,” Sterling Macer, Jr. (Double Down) as “Jumpin’,” and David Strathairn (Nomadland) as “Tom Milton.” Olivia Newman (First Match) directs the screenplay by Lucy Alibar (Beasts of the Southern Wild) based upon the novel by Delia Owens. The 3000 Pictures film is being produced by Reese Witherspoon and Lauren Neustadter. Directed by the wonderful Olivia Newman.
I truly loved this story and these characters. Seeing a book to screen adaptation is always nerve wracking, but this one surpassed my love for the book. It is such a great story and delivers powerful messages to its viewers. Not to judge a book by the cover, learning from mistakes, finding the courage in yourself to make your dreams a reality…to name a few. Watch my interview with the film’s Director to hear her share on the book, the movie, the hit song and more!

About The Song ” Carolina”

Favorite Quotes from Where the Crawdads Sing

People forget about the creatures that lie in shells.

If you are in trouble, go deep into the marsh where the crawdads sing.

I learned from the mistakes of the others how to live with him.

I didn’t know which way was home.

There was something about that boy that eased the tightness in my chest.

It is easier to lay blame on an outsider than it is to rely on facts.

It’s like having a friend your whole life, but you never saw their full face.

I hope when it’s time for me to leave, I’ll go quick and easy without making too much noise.

The marsh knows all about death.

Sometimes, for prey to live, its predator must die.

I am the marsh now.

I am a firefly.

That’s where you’ll always find me, way back yonder, where the crawdads sing. 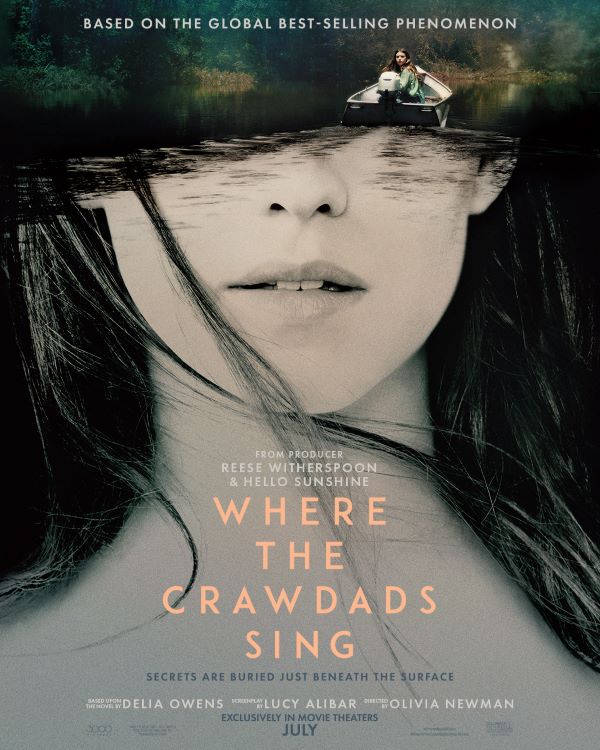 WHERE THE CRAWDADS SINGS opens this Friday, July 15th in theatres nationwide.

Maya and the Three - Interview with Zoe Saldaña
Disney On Ice Coming to Fairfax this Fall!
First Look at The Christmas Chronicles 2