A classic fairy tale gets a modern twist in the action-packed animated adventure Red Shoes and the Seven Dwarfs, premiering on Digital and On Demand September 18 and available to own on Blu-ray™ and DVD September 22 from Lionsgate. I love a fairy tale with a new twist! I can’t wait to see what happens in this story! Watch my trailer reaction!

Grace Moretz (Bolt, Inside Out), Sam Claflin (The Hunger Games series), Gina Gershon (TV’s “Riverdale”), Patrick Warburton (TV’s “Family Guy,” The Emperor’s New Groove), and Jim Rash (TV’s “Community”) lend their vocal talents to this humorous and heartwarming retelling of the Snow White fable, only this time it’s the princess who must save the prince(s) – all seven of them! This family-friendly film has “a strong body-positive theme that emphasizes the beauty of characters of all shapes and sizes” (Common Sense Media), and received the Dove Seal of Approval for All Ages.

This outrageous fairy tale spoof starts as Snow White steals a pair of red shoes that transform her into a princess. Meanwhile, a witch’s curse turns seven brave princes into dwarfs, forcing them to seek out the princess, hoping for a kiss to break their spell. Together, they must face Snow White’s wicked stepmother – who will stop at nothing to get her precious shoes back – and, along the way, learn that true beauty lies within! 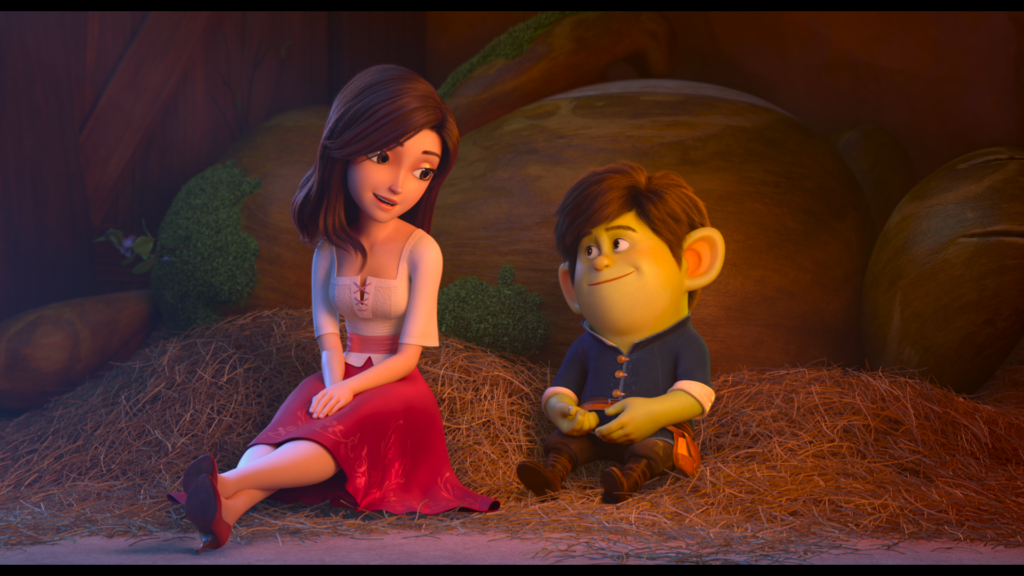 Red Shoes and the Seven Dwarfs was directed by Sung-ho Hong, and features character design and animation direction from Jin Kim, who worked on Disney’s animated classics Fantasia 2000, Frozen II, and Tangled. Music is by Primetime Emmy® award-winning composer Geoff Zanelli (2006, Outstanding Music Composition for a Miniseries, “Into the West”; Emmy® nomination: 2010, Outstanding Music Composition for a Miniseries, “The Pacific”), whose theatrical work includes Maleficent: Mistress of Evil and Pirates of the Caribbean: Dead Men Tell No Tales. Voice direction is from Tony Bancroft, the director of Disney’s Mulan. It was produced by Locus Animation Studio. 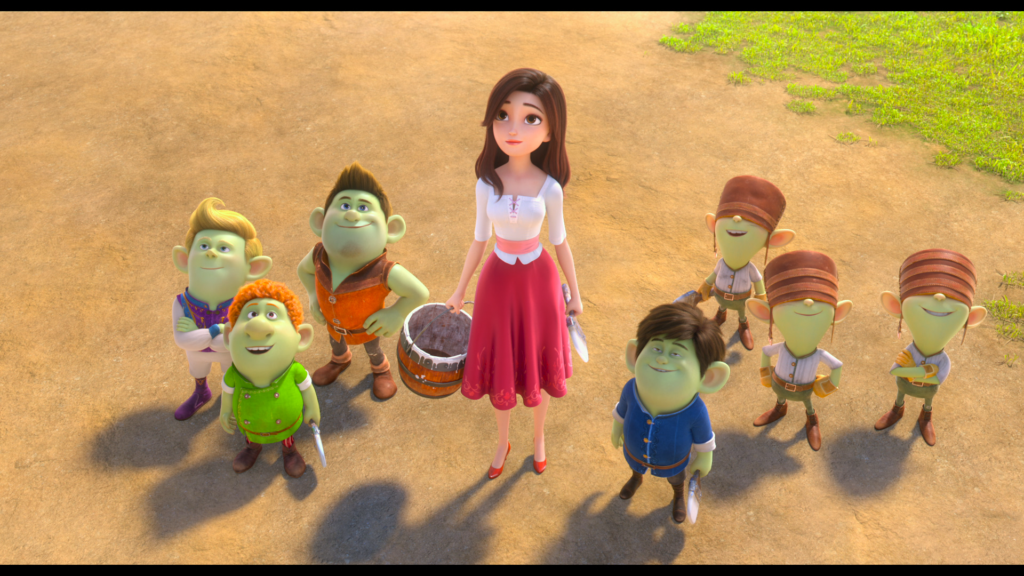 Go behind the scenes of this must-own animated adventure with enchanting Blu-ray and DVD bonus features, including two “making-of” featurettes and two music videos featuring the all-new original songs! The Red Shoes and the Seven Dwarfs Blu-ray and DVD will be available for the price of $21.99 and $19.98, respectively.

Premiering on Digital and On Demand in Homes and Castles Far, Far Away September 18 on Blu-ray™, and DVD September 22nd.

My family and I can’t wait to watch this on our next movie night!