Raising Dion season 2 has finally released on Netflix! The long awaited premier of season 2 is here and the new season is full of twists, turns, heart and sc-fi! I had the opportunity to chat with the stars of the series. Watch the interview below to see what they are excited to share with audiences in Raising Dion Season 2.

Raising Dion follows the story of Nicole (Alisha Wainwright) and her son Dion (Ja’Siah Young) after Dion starts to manifest several mysterious, superhero-like abilities. Two years after defeating the Crooked Man (Jason Ritter), Season Two follows Dion as he continues honing his powers with the support of his mom and Tevin (Rome Flynn), his Biona trainer who catches Nicole’s eye. After befriending new student Brayden (Griffin Robert Faulkner) – a fellow powered kid – a series of alarming events unfold, and Dion learns that danger is still looming. Navigating twists, turns, and surprise visitors, Dion and Nicole must prevail again — not just to save themselves, but the entire city of Atlanta.

Alisha delivers a powerful performance and in my opinion, mom of the year with her character Nicole. In this season we see Nicole learn how to fight for herself and keep her family safe, whatever it takes. Rome introduces us to a new character in the series, Tevin. Tevin is sweet, kind, and looks to be a good role model for Dion. The three have a great dynamic on screen.

I am captivated by Jason’s character in this series. He is so convincing of a trusting friend in Pat, only to fool us all with revealing himself as the Crooked Man. Jason has enjoyed playing this role and exploring the dynamics of this complex character. I can’t wait to see if he can earn the trust back from his friends and if he will redeem himself.

I’d recommend this series for kids ages 10 and up. The special effects are bigger and better in season 2 and if your kids scare easy, I suggest watching first to get an idea of the themes and where the show is going. Overall I think Raising Dion is a spectacular sci-fi full of mystery and leaves you wanting more! 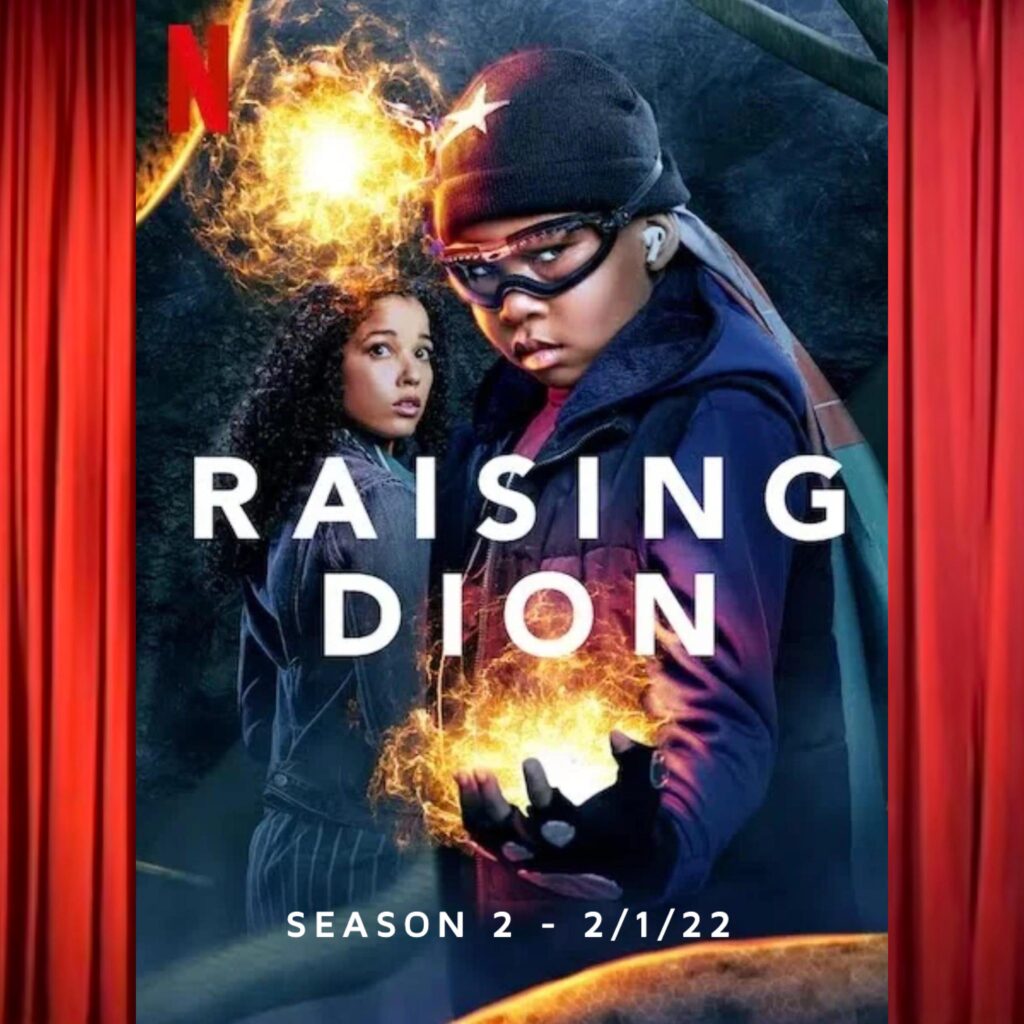