Pandas are beloved around the world, and now they are coming to the big screen in the IMAX® original film “Pandas,” a breathtaking documentary adventure and amazing experience for the whole family narrated by Kristen Bell (“Frozen,” TV’s “The Good Place”). 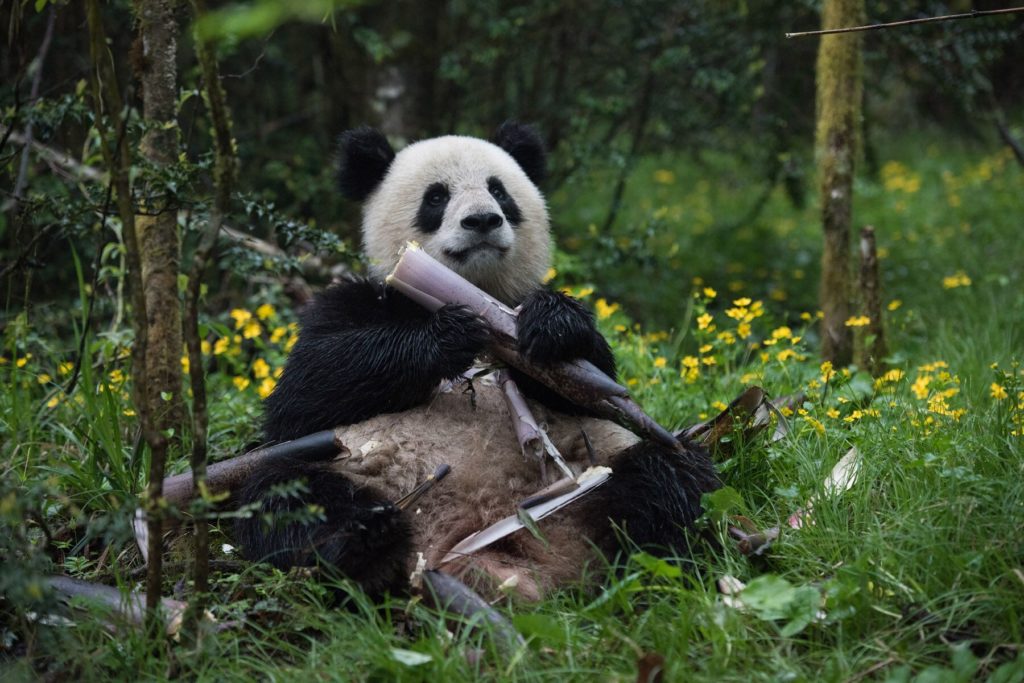 At Chengdu Panda Base in China, scientists are taking the captive breeding program to the next level and preparing captive-born cubs for the wild.This film follows one such researcher, whose passion leads her to initiate a new technique inspired by a black bear rehabilitator in rural New Hampshire.What starts as a cross-cultural collaboration becomes a life-changing journey for one special panda named Qian Qian. The film, captured with IMAX® cameras, follows Qian Qian on an exciting new adventure into the mountains of Sichuan as she experiences nature for the first time and discovers her wild side.  The film is rated G.

Pandas open nationwide in IMAX theatres for a special 1 week engagement from August 17th- 24th. I have a few tickets to giveaway to some lucky readers! To enter, comment on this post and tell me your favorite animal! Winner will be selected and notified on August 16th. Good luck!

My favorite animal happens to be a PANDA!! 🐼

My favorite animal happens to be a PANDA! 🐼

My favorite animal is a dolphin.

Might not be sensational but my favorite animal is a duck, in particular snowy call ducks (small, beautiful and oh so perfect). I had some when I was growing up on a farm. Now I live in the suburbs so no ducks for me. My kids love animals too, thanks for the chance to win.

My favorite is monkey

My favorite animal is the dog.

Also, thanks for info on the return of the film.

I can’t choose. Love them all! Especially furry ones I can touch!

My favorite animal is the African penguin. Thanks for the chance to win.

Thanks for letting us know that the Pandas are coming back.
Favorite animal is dog, esp. poodles.