Marvel fans, assemble! You are totally going to want to assemble your crew to see this action packed live show! We were very excited to see Marvel Universe LIVE! Age of Heroes, but it actually exceeded our expectations. The lights, stunts and special effects made my family and I feel like we were in a real live Marvel movie. My kids ages 14, 12, and 7 were cheering, gasping, and laughing from their seats all night long! 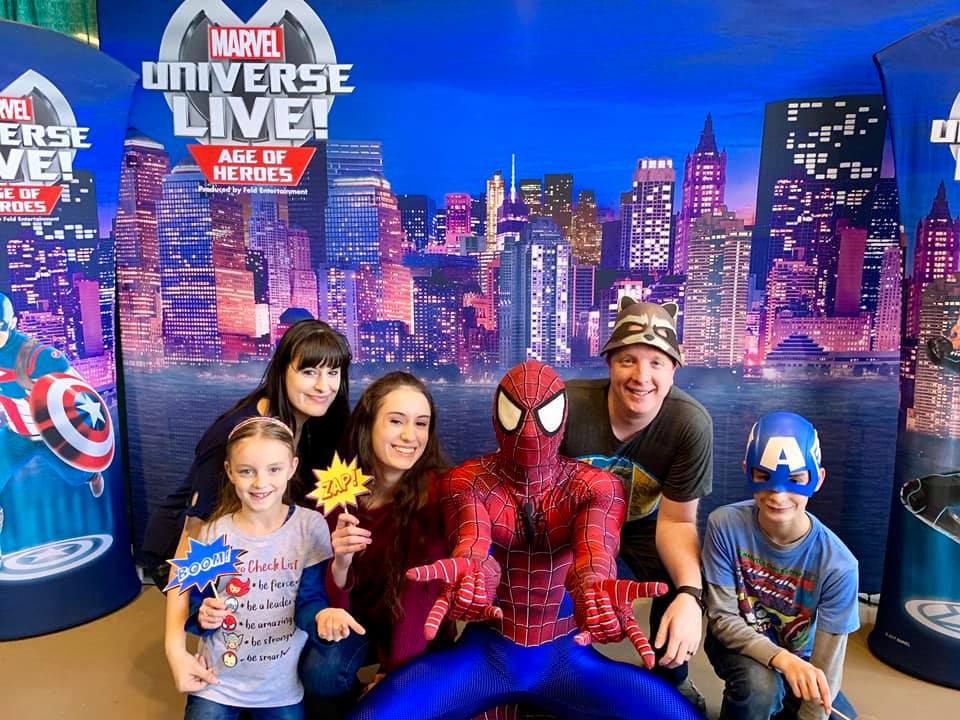 The Avengers, the Guardians of the Galaxy and Spider-Man join forces with Doctor Strange, master of the mystic arts, in a race against time to recover the Wand of Watoomb before it falls into Loki’s hands in this all-new, spectacular arena production. Star Lord, Gamora, Rocket, Groot and Drax make their live show debut bringing their courage and misfit wit to Marvel Universe LIVE! Alongside Iron Man, Captain America, Thor, Black Panther, Hulk, Black Widow, Wasp and Iron Fist, the Guardians of the Galaxy help fight the scheming, menacing and loathsome villains Loki, Yondu and Green Goblin. Audiences will join in the quest that sparks new feuds with old foes, pitting student against mentor, sister against sister and brother against brother.

There is no shortage of action during this show! From start to finish the story is enticing and you can’t help but root for the villain and heroes to come face to face to battle it out, and they do! There are plenty of loud noises and some fire sequences, but my 7 year old didn’t even flinch. The show is 1 hour and 45 minutes long with an intermission. I would recommend letting your kids dress up or bring their action figures to the show 🙂 If your kids have seen the movies, they will definitely love seeing this show. 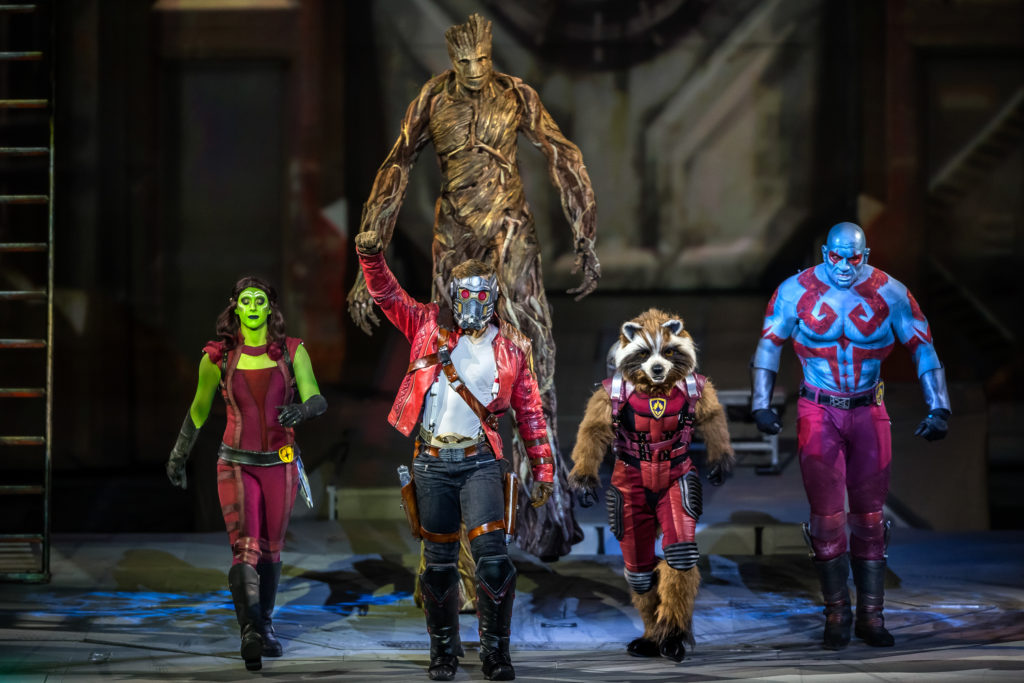 Our favorite parts were anything with Spider-Man, he literally swang on his web all over the place. Of course when the Hulk makes his appearance, and all of the GOTG scenes are hilarious. It was so well done, and made for a really fun family night out!

See Marvel Universe LIVE! Age of Heroes when it comes to your town!

I am a Feld Family Ambassador, and in exchange for my time and efforts in attending shows and reporting my opinion within this blog, as well as keeping you advised of the latest discount offers, Feld Entertainment has provided me with complimentary tickets to Feld shows and opportunities to attend private Feld pre-Show events.