It’s been 10 years since the creation of the Great Truce, an elaborate joint-species surveillance system designed and monitored by cats and dogs to keep the peace when conflicts arise. But when a tech-savvy villain hacks into wireless networks to use frequencies only heard by cats and dogs, he manipulates them into conflict, and the worldwide battle between cats and dogs is BACK ON. Now, a team of inexperienced and untested agents will have to use their old-school animal instincts to restore order and peace between cats and dogs everywhere.

Cats & Dogs 3: Paws Unite! features an all-star comedy lineup lending their voices to this new generation of four footed and two winged friends including Melissa Rauch (The Big Bang Theory) as Gwen the cat, Max Greenfield (The Neighborhood, New Girl) as Roger the dog, and George Lopez as Pablo the Parrot. The film is directed by Sean McNamara (Soul Surfer) and written by Scott Bindley (The Last Summer). Producers are Andrew Lazar (Cats &amp; Dogs, Get Smart) and David Fliegel. “The Cats & Dogs franchise started nearly two decades ago and the furry characters have continued to garner new fans ever since,” said Mary Ellen Thomas, Warner Bros. Home Entertainment Senior Vice President, Originals, Animation and Family Marketing. “We are thrilled to release Cats &amp; Dogs 3: Paws Unite! as the next action-comedy adventure for animal lovers everywhere to enjoy.” 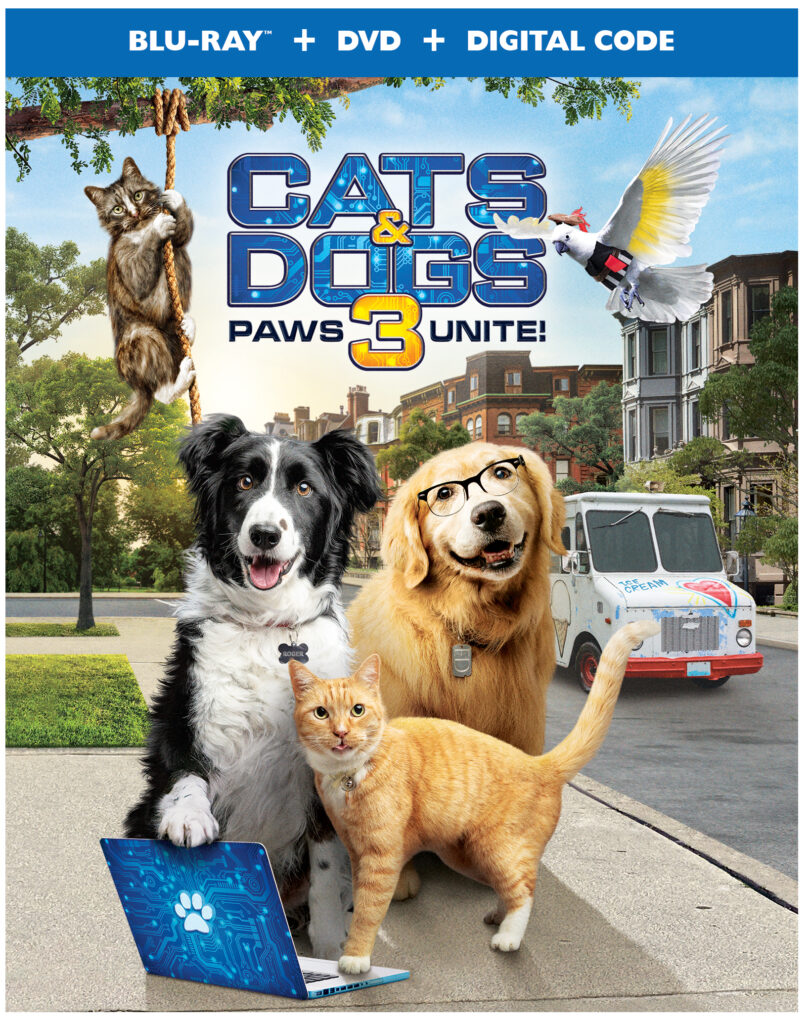 This is a great family friendly movie that is sure top provide lots of laugh. My daughter was so excited to watch as she recently saw the first two. I love that kids can enjoy this movie even if they haven’t seen the other two. It stands alone as a good kid comedy. If your kids love talking animals, this will be a hit in your home!

Cats & Dogs 3: Paws Unite now available on Digital beginning September 15, and will be coming to Blu-ray™ Combo Pack and DVD on October 13!

PAW Patrol: Jet to the Rescue - Craft & Printable
A Wrinkle In Time~Action Packed & Heartfelt
Step Right Up And See Dumbo, The Flying Elephant!