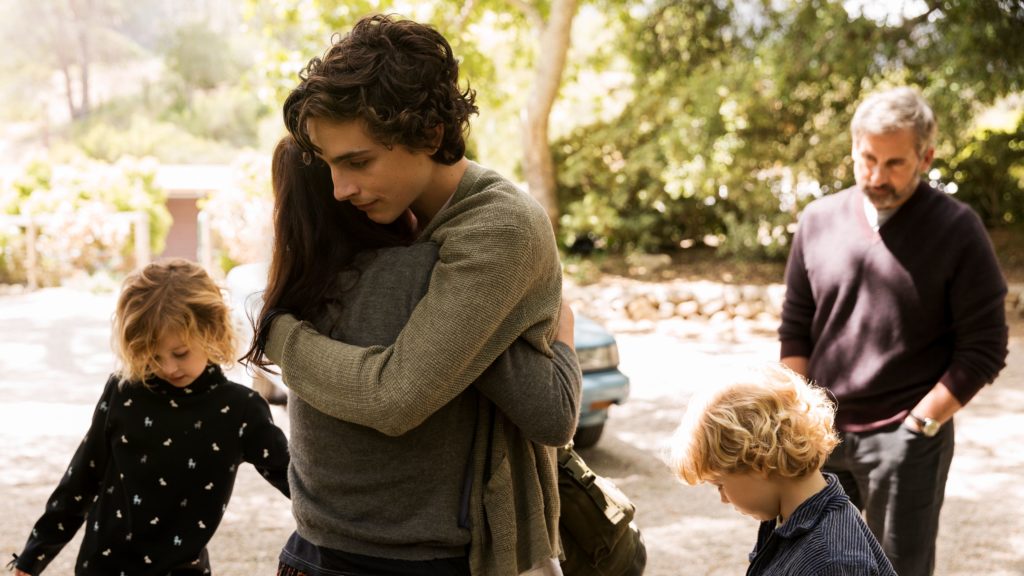 At 18, Nicolas Sheff was a good student, editor of his high school newspaper, an actor in the school play and a member of the water polo team. A voracious reader and a talented artist, Nic was set to enter college in the fall. He had started experimenting with drugs when he was 12, but in his late teens he tried meth for the first time and, as he writes, “the world went from black and white to Technicolor.” Nic went almost instantly from a teenager dabbling with substances to a having a full-blown dependency.

BEAUTIFUL BOY is a searingly honest/frank account of the Sheff family’s journey through Nic’s continuing struggles with addiction. Based on acclaimed journalist David Sheff’s bestseller of the same name and his son Nic’s breakout memoir Tweak: Growing Up on Methamphetamines, the film presents a unique portrait of the ways addiction can destroy lives and the power of love to rebuild them.

Harrowing, heart-breaking and yet full of joy, hope, and love, BEAUTIFUL BOY recounts the rehabs, disappearances, broken promises and rage as Nic sinks deeper into the drug world, as well as David’s efforts to save his “beautiful boy” from the ravages of addiction.