Win tickets to a virtual screening for COME AWAY, the imaginative origin story of two of the most beloved characters in literature – Peter Pan and Alice in Wonderland. The film stars David Oyelowo, Gugu Mbatha-Raw and Angelina Jolie, with Derek Jacobi and Michael Caine. It’s in theaters and on Premium Video on Demand November 13. 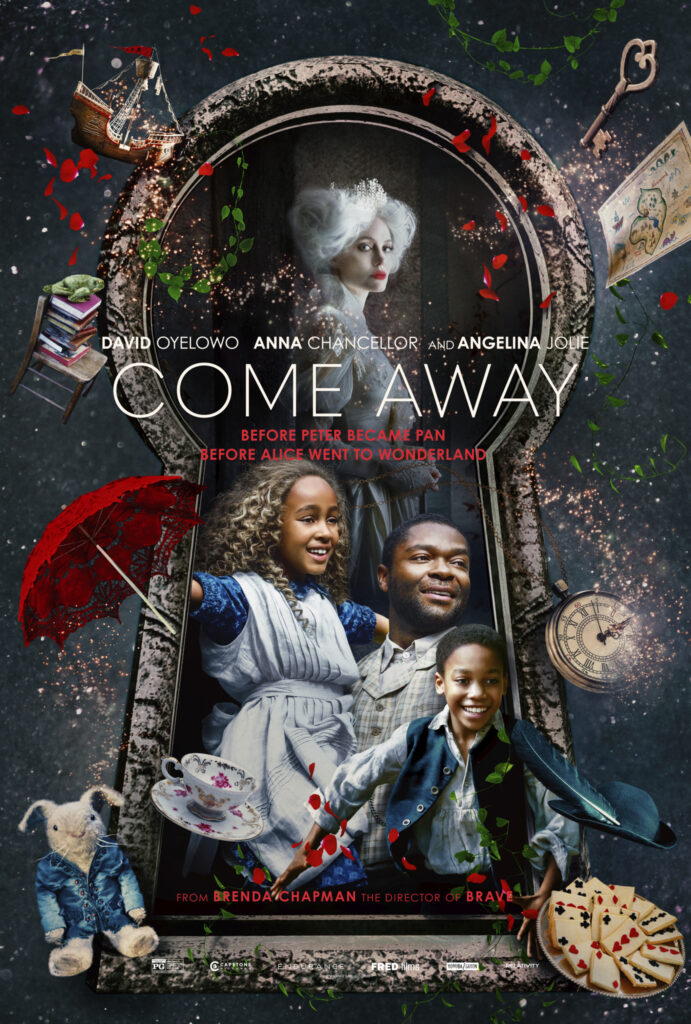 Get your Come Away Virtual screening passes: Wednesday, November 11 @ 7:00pm

In this imaginative origin story of two of the most beloved characters in literature – Peter Pan and Alice in Wonderland – eight-year-old Alice (Keira Chansa), her mischievous brother Peter (Jordan A. Nash) and their brilliant older sibling David (Reece Yates) let their imaginations run wild one blissful summer in the English countryside. Encouraged by their parents Jack and Rose (David Oyelowo and Angelina Jolie), the kids’ make-believe tea parties, sword fights and pirate ship adventures come to an abrupt end when tragedy strikes. Peter, eager to prove himself a hero to his grief-stricken and financially-struggling parents, journeys with Alice to London, where they try to sell a treasured heirloom to the sinister pawnshop owner known as C.J. (David Gyasi). Returning home, Alice seeks temporary refuge in a wondrous rabbit hole while Peter permanently escapes reality by entering a magical realm as leader of the “Lost Boys.”

In theaters and Premium Video on Demand November 13